Kazuhiro Tsuji, an artist from Kyoto, has been nominated for an Oscar as a makeup specialist for his work on the British movie "Darkest Hour," due for release in Japan in March.
It is the third time Tsuji, who worked as a makeup artist in Hollywood for more than 25 years, has been put up for an Oscar. He returned from retirement especially to work on the film, which focuses on a crucial 27-day period after Winston Churchill became Britain's prime minister in the wake of the Nazi invasion of France in 1940. 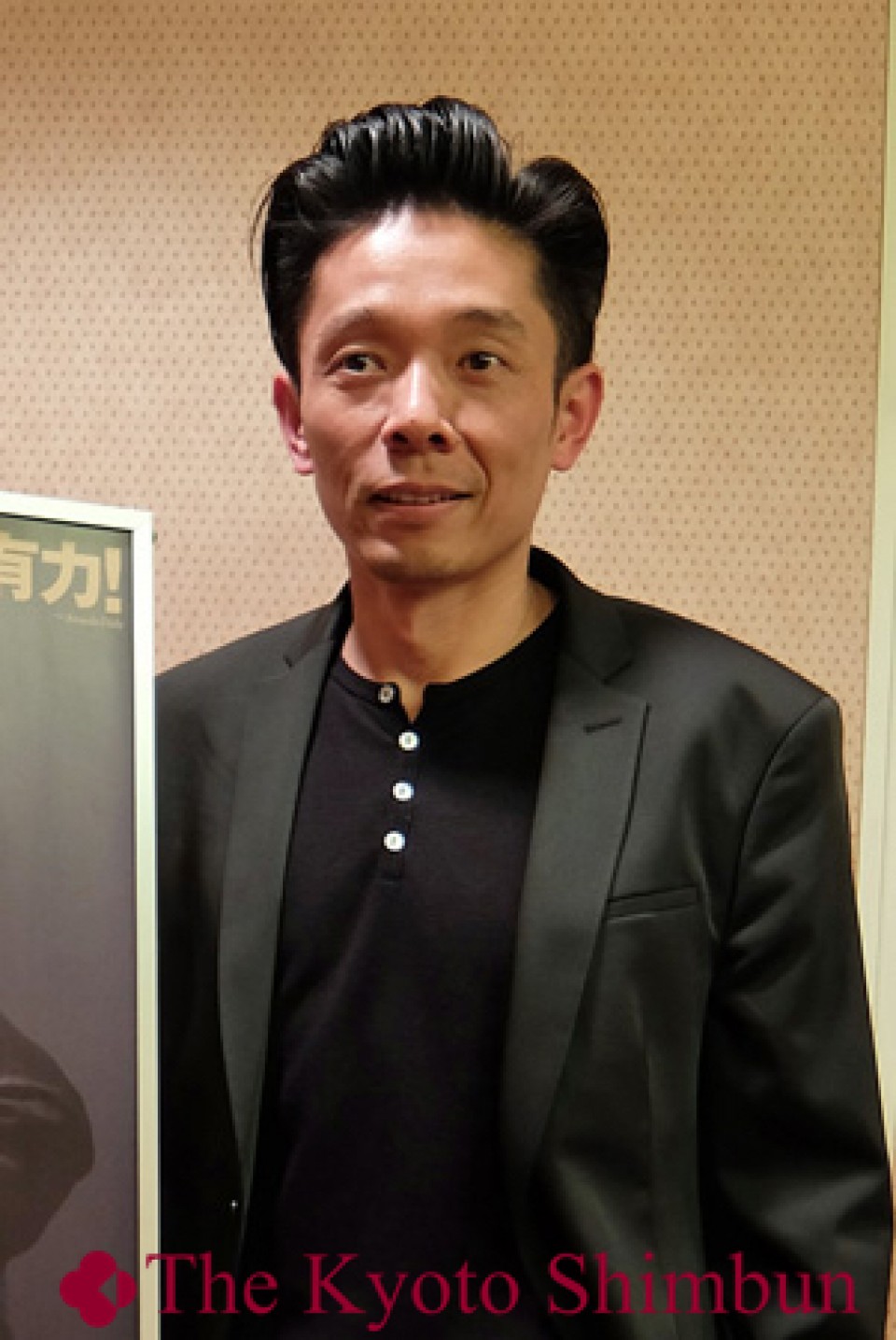 "Finally I got to work for a title that makes me proud," said the 48-year-old Tsuji, who has recently been pursuing a career in modern art.
Gary Oldman, who stars as Churchill in the film, personally asked Tsuji to make his professional comeback in order to turn the actor into the likeness of one Britain's most iconic figures.
"I have normally been involved in comedies and science fiction with aliens from outer space. I have always wanted to test myself in a serious film."
The challenge of transforming the actor into Churchill, however, proved to be a demanding task as Oldman himself is a widely recognized face in films with a slim build, as opposed to Churchill who was known for his stout figure and bulldog-like large cheeks.
"Churchill was plump while Gary is thin. They look so different it gave me a hard time working on the character design."
Paying careful attention so as not to impede the actor's eye movements, Tsuji spent more than 200 hours creating the special-effect version of Churchill.
He was pleased with its natural look. "I almost forgot I designed the face when watching the final product on the screen," he said.
Tsuji developed an interest in the art of special makeup after he watching an episode of the popular U.S. film "Star Wars" during his school days at Heian High School in Kyoto.
One day in his final year at school, at a Maruzen bookstore in Kawaramachi, he found an article in a magazine on American special makeup master Dick Smith. He wrote to him and sent photos of his own work to seek advice.
After graduating from the school, he took a job as a special makeup lecturer at a school in Tokyo. However, a lack of job opportunities in the field made him decide to move to the United States.
Through contacts, he landed work on the production of 1996 smash hit "Men in Black". After working on such blockbusters as "Planet of the Apes" and "Dr. Seuss' How the Grinch Stole the Christmas," he was nominated for an Oscar in two successive years for his work in the 2006 fantasy comedy "Click" and Eddie Murphy's 2007 "Norbit."
He left his successful Hollywood career behind and moved on to the world of modern art about six years ago. "Work (as a makeup artist) started early in the morning and lasted until late at night, often with actors and actresses who didn't like to wear makeup. I had grown out of the job because its environment was tough."
Tsuji still lives in Hollywood and makes busts utilizing the skills he developed in special makeup.
His comeback for "Darkest Hour" won him a third Oscar nomination. No Japanese has ever received the award in the spheres of makeup and hairstyling.
"It would be a lie to say I wouldn't want the award. But I'm satisfied with having worked on a film I'm proud to have taken part in."
The 90th Academy Award ceremony will be held on March 5.
The Kyoto Shimbun
More stories from The Kyoto Shimbun:
Sports gods and victory prayers in Kyoto
Backstage: Kyoto theater showcases Japanese avant-garde dance Butoh
Kyoto organizes new English-language tour