Police raided one of the Tokyo head offices of a pro-Pyongyang organization Thursday after arresting the former head of one of its branches the day before for allegedly selling online used English learning materials illegally.

Chon Ju Hyok, 45, who headed one of the Tokyo branches of the General Association of Korean Residents in Japan, known as Chongryon, is believed to have secured 30 million yen ($274,000) in profits by selling materials through online auctions and internet flea markets between March 2012 and October 2017, according to the police. 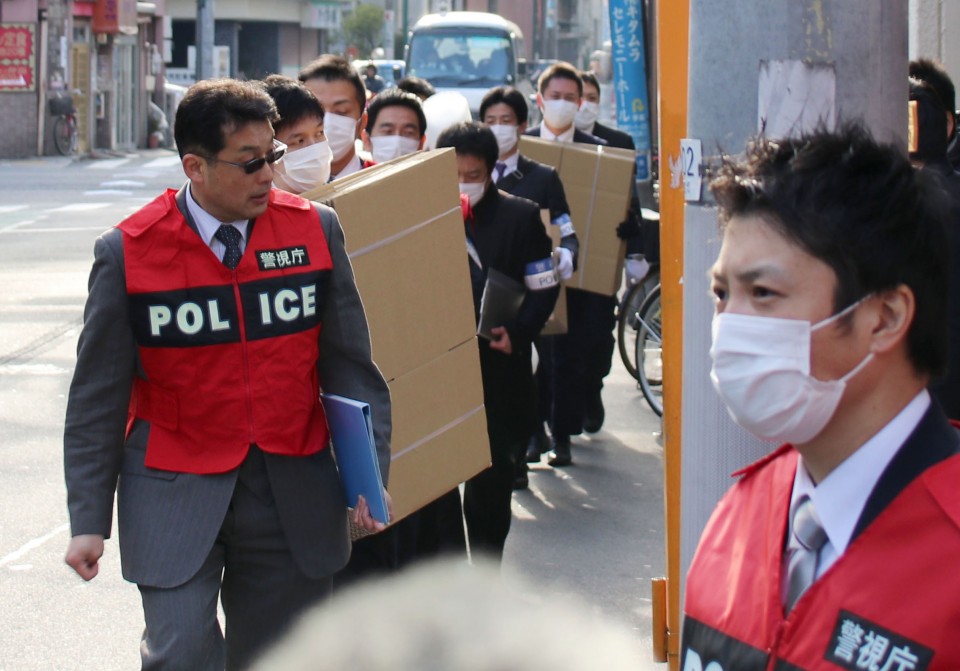 Investigative sources said records showed Chon had sent money to a senior official at the Tokyo head office, one of two that Chongryon has in Tokyo.

The arrest was made as Japan and other countries are tightening sanctions on North Korea following its repeated missile launches and nuclear tests.

The immediate charge against Chon was selling without authorization roughly 2,800 used study materials for some 1.81 million yen between January and June last year. He has admitted to the allegation but said he did not know he needed to obtain permission, according to the police.

The police searched Chon's home and the Chongryon branch office he headed in October and confiscated his personal computer and some learning materials. Chon has since stepped down as the branch head.

He allegedly used the branch office for storing the materials he collected and shipped them from there.

The case came to light after one of the auction users complained to police that the English learning kit was missing its CD and the seller was refusing the buyer's request for a return of the purchased item and a refund.