Japan, Russia to focus on productivity in broader economic ties

Japanese and Russian economic ministers agreed Thursday to prioritize cooperation in lifting productivity using information technology to move ahead with their broader economic ties ahead of a summit expected in May.

Japan's Economy, Trade and Industry Minister Hiroshige Seko said at the outset of a meeting with his counterpart Maxim Oreshkin in Tokyo that the economic cooperation package proposed by Prime Minister Shinzo Abe in 2016 was an "important cornerstone of Japan-Russian ties."

"We have agreed to provide support to realize the individual projects toward the planned summit" between Abe and President Vladimir Putin, Seko said in a press conference after their talks. Seko doubles as minister for economic cooperation with Russia.

Abe is likely to meet Putin when he is expected to attend an economic forum in St. Petersburg in May.

Oreshkin hailed progress in the talks on bilateral cooperation, saying at the press conference that the two countries will act on the matters discussed.

It was the second working group gathering involving high-level officials from the relevant ministries of both countries, following the inaugural one in November 2016 in Moscow. 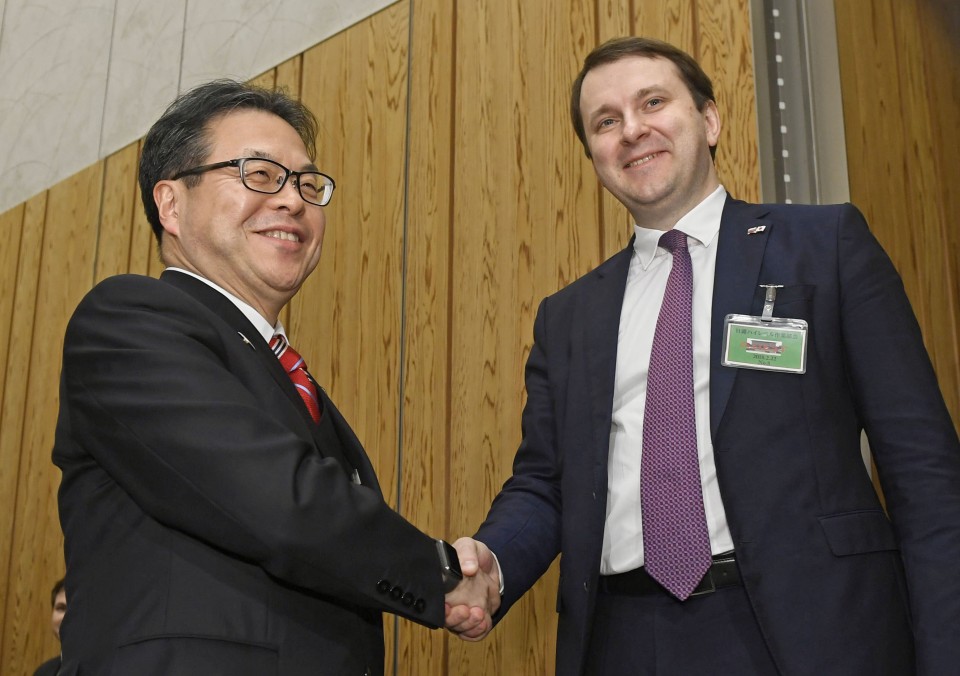 Tokyo has sought to bolster economic ties with Moscow based on an eight-point package in an attempt to create a favorable environment to settle a territorial dispute over a group of islands off Hokkaido that were seized by the Soviet Union at the end of World War II.

The eight points include cooperation in the medical field, energy development, industry promotion in the Russian Far East and personnel exchanges.