Severed arms and legs and a torso were found in mountainous areas in Kyoto and Osaka on Monday after police discovered a human head during a search for a missing Japanese woman last seen with an American tourist.

The police found the body parts in Shimamoto, Osaka Prefecture and Kyoto's Yamashina Ward based on information provided by the man, Yevgeniy Vasilievich Bayraktar, 26, who was arrested Thursday in connection with the case.

The torso was found on the ground and the arms covered with soil at the same location in Shimamoto. Both legs were found in Yamashina. There were no traces of wounds besides the cuts made to sever the body parts.

The U.S. national, who entered Japan in late January, was the last person seen with the 27-year-old woman from Sanda, Hyogo Prefecture. He has admitted to disposing of her body, according to the police. The head was found in a suitcase at a lodging facility in Osaka on Saturday.

The police are set to serve a fresh arrest warrant on the man for the disposal and damaging of a body. He was first taken into custody over suspected imprisonment of the woman.

Bayraktar is believed to have stayed in a number of condos rented to tourists since arriving in Japan. 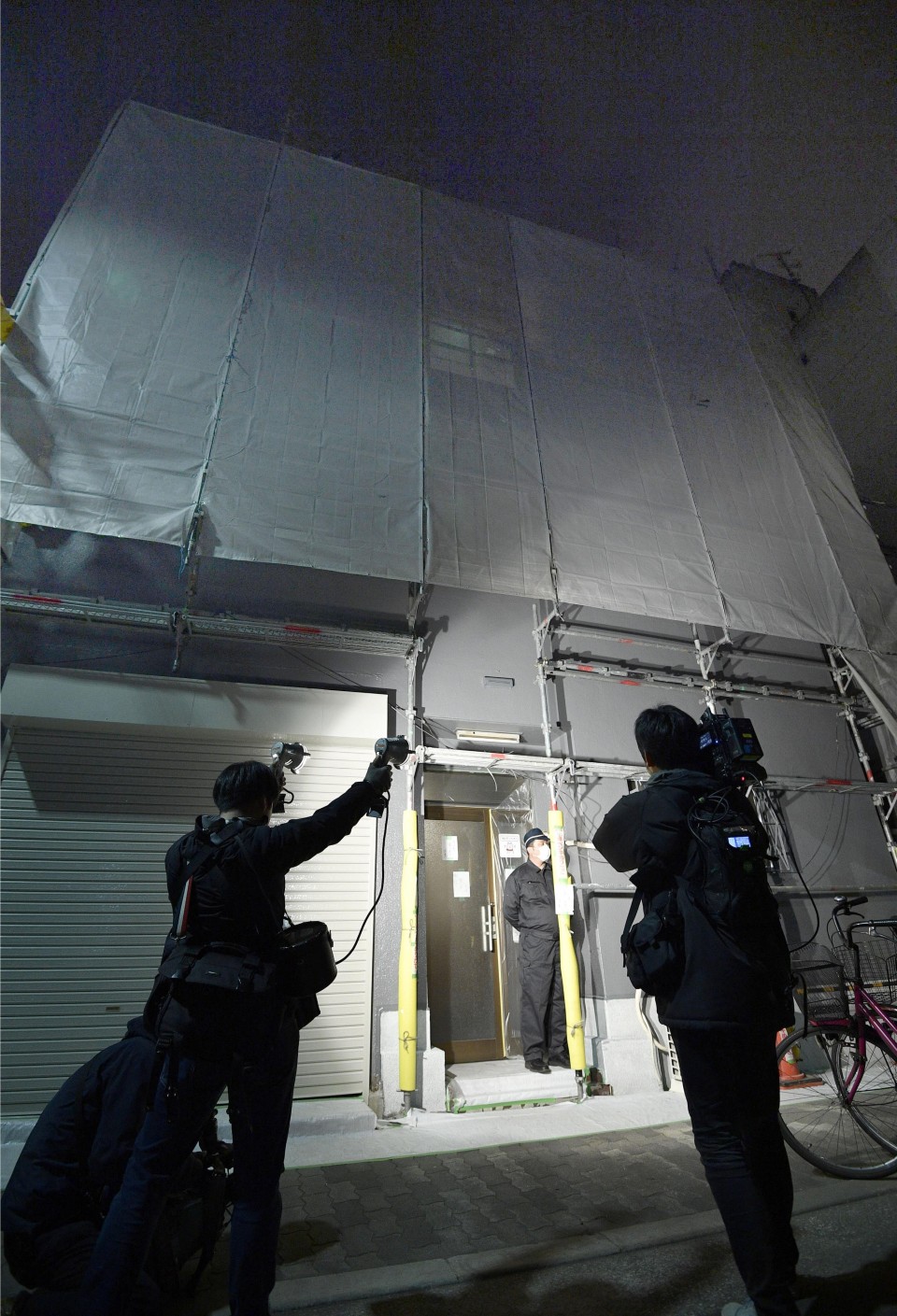 Video footage taken by a surveillance camera at one such condomiunim in Osaka's Higashinari Ward showed the man and the missing woman entering the building.

She was not seen in subsequent footage, but he was seen repeatedly going in and out of the building alone with a travel bag, according to investigative sources.

Since traces of blood were detected in the condominium, the police think that the man is likely to have dismembered the body there and carried the body parts out to discard them.

A large amount of air freshener had been used in the condo and part of the woman's driver's license was found there also, the sources said.

The man had been staying at the condominium from around Feb. 12, while the woman headed toward Osaka on Feb. 15 after leaving work.

The two were in contact through a dating app matching the Japanese and foreigners, according to the sources.

He had taken several other women to the same condominium, but the police have already confirmed the safety of all of them.