The foursome of Choi Min Jeong, Kim A Lang, Kim Ye Jin and Shim Suk Hee bided their time near the rear of the pack, waiting for the right moment to break for the top podium spot at Gangneung Ice Arena.

Italy took the silver and the Netherlands, winner of final B, won bronze.

"It was a glorious performance in the stadium. It is our home ground, so it's much more meaningful," said Choi, the Pyeongchang Olympics gold medalist in the women's short track 1,500 meters. "We were cheered up by the crowd," she said.

China, which finished provisionally in second, was disqualified for impeding, as was Canada. The result meant that Italy, which initially crossed third, was awarded its first Olympic silver medal in the event.

China held the top position for most of the race until South Korea sprang ahead with three laps remaining. 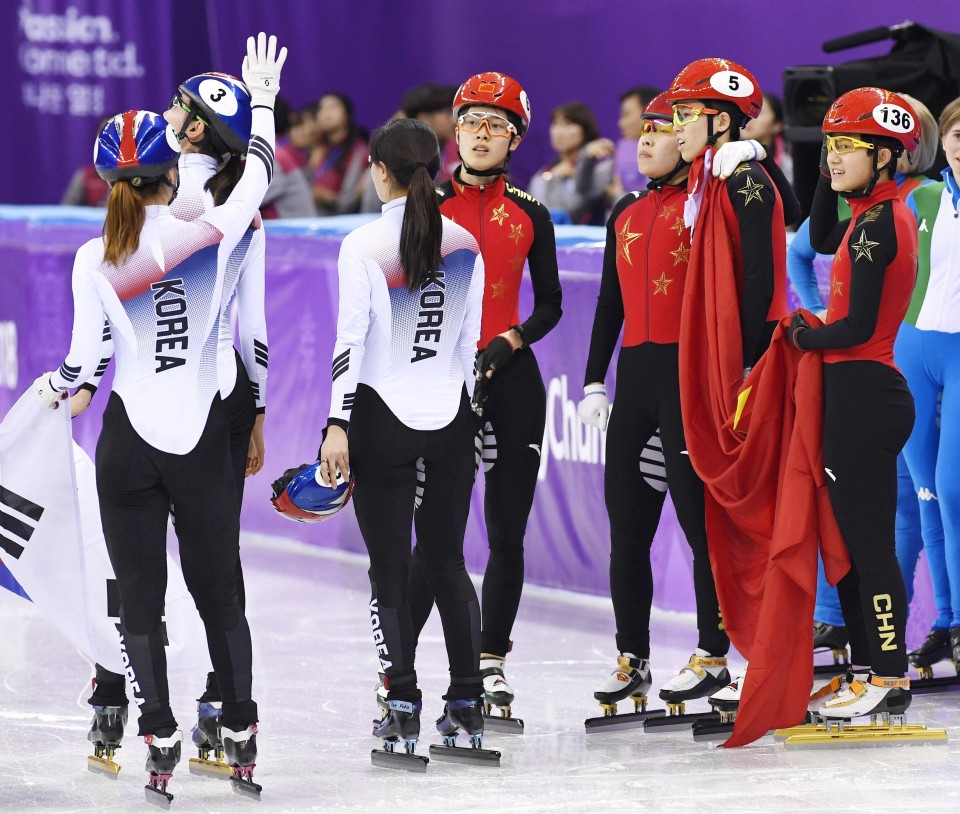 In the classification for fifth to eighth place, the Netherlands set a world record time of 4 minutes, 3.471 seconds to finish ahead of Hungary and the Olympic Athletes from Russia team. Japan never got out of last throughout the race and placed sixth overall.

Dutchwoman Jorien ter Mors, who won the gold medal in the women's long track speed skating 1,000 meters, took the bronze with her teammates to become the first female athlete to win a medal in two different disciplines at a single Winter Games.

In the men's 500 heats, Ryosuke Sakazume and Keita Watanabe both reached the quarterfinals by finishing in second in their respective heats, the latter of which saw North Korea's Jong Kwang Bom penalized for impeding when he tried to nudge past the Japanese skater.

Sakazume, who held the fourth position until the final lap, had lady luck on his side as he was able to shoot inside on the final curve and finish behind Shaoang Liu of Hungary as Olympic Athlete from Russia skater Pavel Sitnikov was penalized for an illegal maneuver.

"It was a pitiful race for me. I couldn't manage a strong start even though I knew it was important," said Sakazume.

Jong tripped and fell to the ice immediately after the start, impeding Watanabe who managed to get through unscathed. 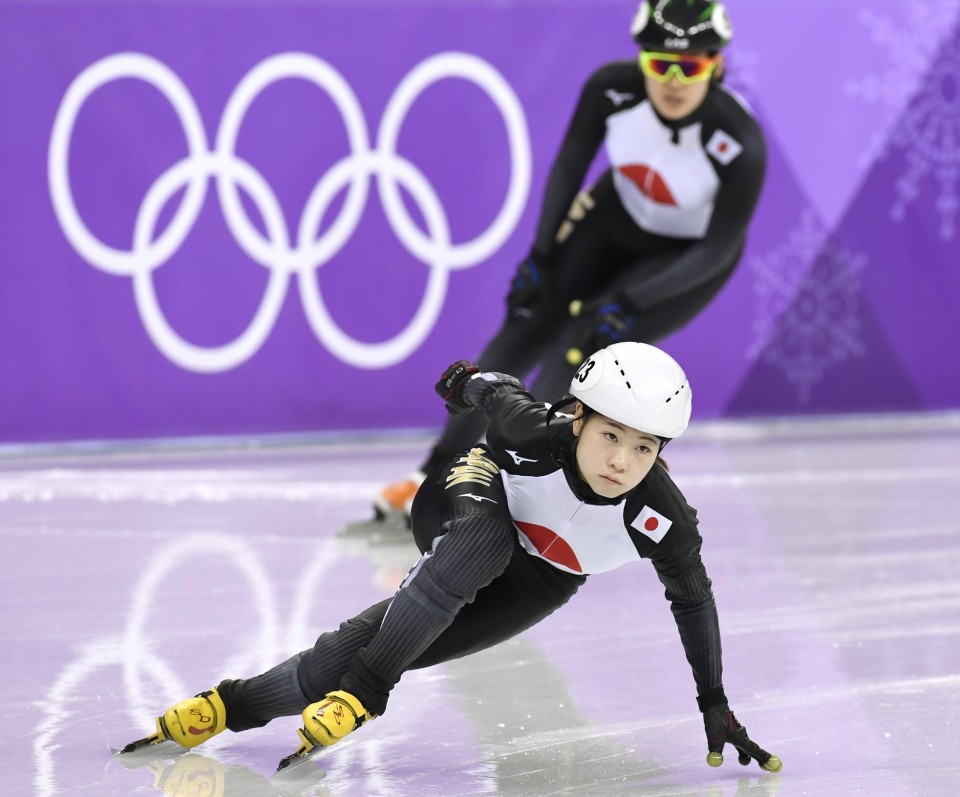 "I am thankful for the referees really looking closely at what happened," said Watanabe. "I am glad I was able to rank up. I'd like to make something of myself in the rest of my races."

Earlier in the women's 1,000-meter heats, Japan's Hitomi Saito took up the third position of the four skaters until the final two laps, where she broke to weave past Great Britain's Charlotte Gilmartin into second and qualified for the quarterfinals behind Kim Boutin of Canada -- the women's 500 and 1,500 Pyeongchang Olympics bronze medalist.

Sumire Kikuchi, however, stayed toward the back for most of her heat and missed the cut. South Korea's Kim A Lang and Marianne St-Gelais of Canada qualified from the heat in first and second, respectively.