The mayor of a town in northeastern Japan said Wednesday he has called on the U.S. military to suspend operations by F-16 fighter jets stationed at Misawa Air Base after one of them dumped fuel tanks in a lake in the town following an engine fire.

Tohoku town Mayor Koji Ebina made the request during a meeting with Col. R. Scott Jobe, commander of the U.S. base, after the F-16 jettisoned its two external fuel tanks into Lake Ogawara in Aomori Prefecture.

"We have lots of fishermen. One wrong step could result in a catastrophe," Ebina told reporters on Wednesday. Local fishermen said the tanks dropped between 200 and 400 meters away from clam boats, which were operating at that time.

The F-16 fighter developed the engine fire on Tuesday morning, immediately after taking off, and jettisoned the fuel tanks before returning safely to base. But the dumped fuel tanks created oil slicks in the lake and sparked safety concerns among locals. 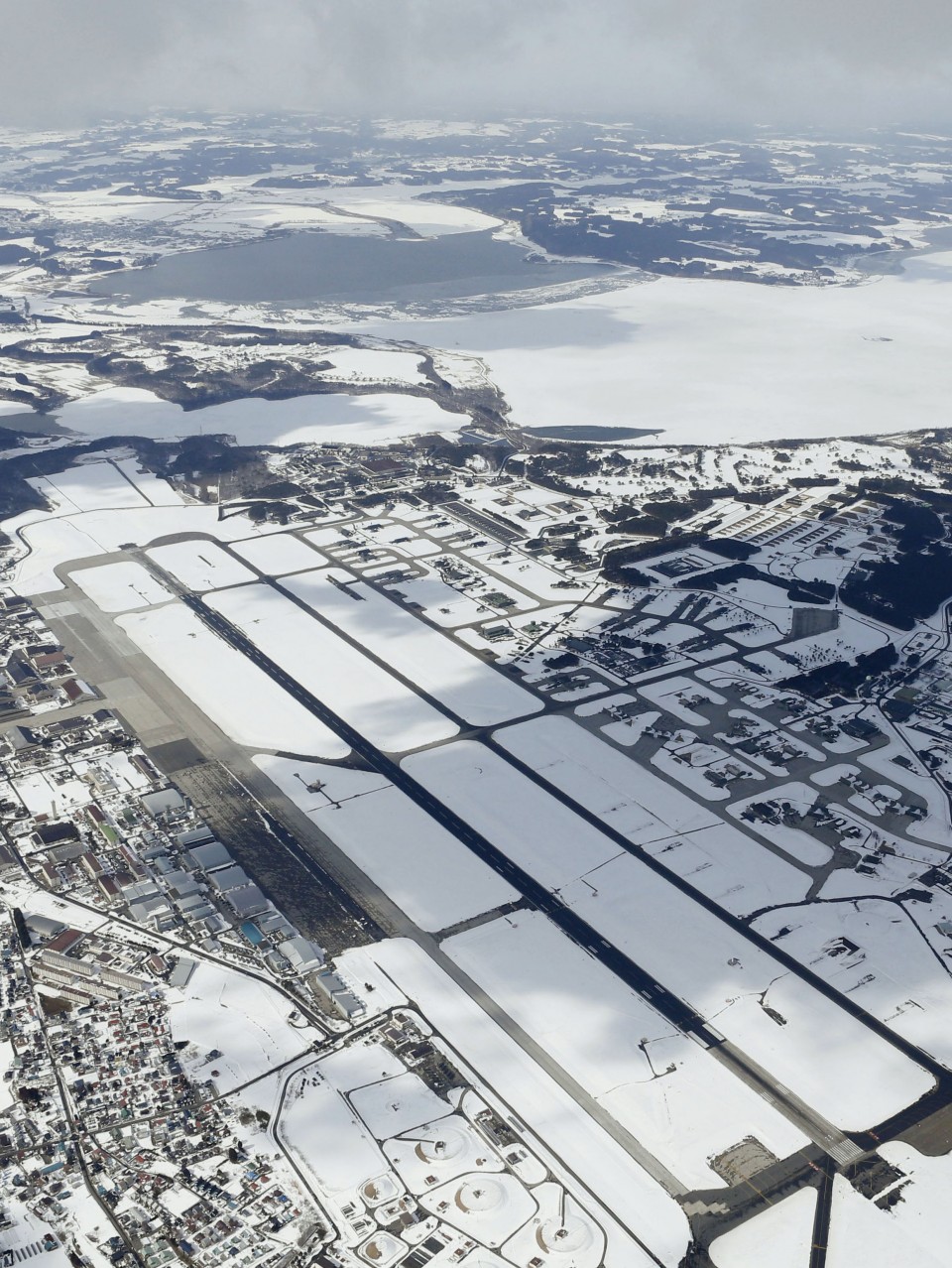 Following the incident, the local fishery association decided to totally halt fishing in the lake until the fuel oil is cleaned up.

The town also decided Wednesday to demand the central government pay compensation for the losses incurred by the suspension of fishing and examine measures to protect their lives.

"We will do our best to acquire compensation as soon as the amount of the damages and fishing suspension days are determined," the mayor said.

Chief Cabinet Secretary Yoshihide Suga expressed the government's readiness to comply with the request, saying at a press conference, "If fishery damages are confirmed, we will investigate the actual conditions and deal with the matter appropriately."

The latest case "has caused great fear to the people of the local fishery association and should not have taken place. We will provide relevant municipalities with any new information we get," the top government spokesman said.

The fuel tank incident followed a series of mishaps and accidents involving U.S. military aircraft in Japan, mostly in the southern prefecture of Okinawa, which hosts the bulk of U.S. military facilities in the country.

Part from U.S. military Osprey falls off, found in Okinawa