About 680 cars remained stranded on a snow-covered road Wednesday night in Fukui Prefecture in central Japan, with Ground Self-Defense Force personnel struggling to clear the thoroughfare.

Heavy snow caused havoc for traffic and train services through Wednesday in Fukui and neighboring Ishikawa Prefecture, leading to around 1,500 vehicles becoming stuck on a road at one point.

About 900 GSDF personnel were mobilized following the Fukui prefectural government's application of the disaster relief law and worked to remove snow along Route 8 without using heavy equipment. 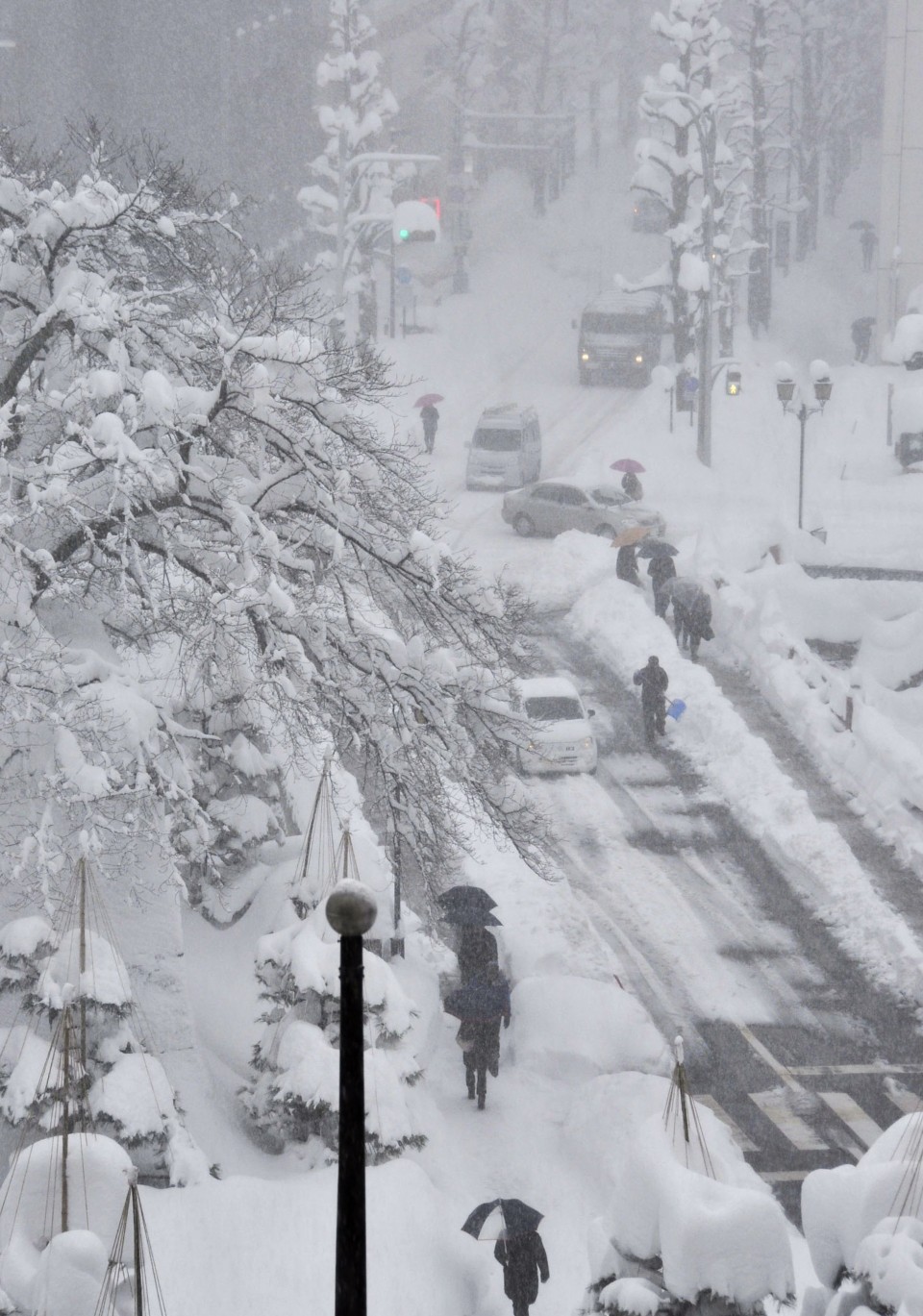 According to the GSDF, the number of stranded vehicles on the road was reduced to about 680 by Wednesday night on a 17-kilometer long stretch.

Fourteen people complaining of fatigue visited a medical aid station set up near the road by the prefectural government but none suffered from serious health problems. Three others were taken to hospitals by ambulance.

While people worked to clear snow in a wide area of the Hokuriku region on the Sea of Japan coast, a forklift vehicle helping in operations on a road in Toyama city went into a ditch killing the operator, a man in his 40s, and at least 16 people were injured in Toyama, Ishikawa, and Fukui prefectures during such work, according to local firefighters.

As the national road was swamped with vehicles, Central Nippon Expressway Co. offered toll free service on part of the Hokuriku Expressway running parallel to the road. 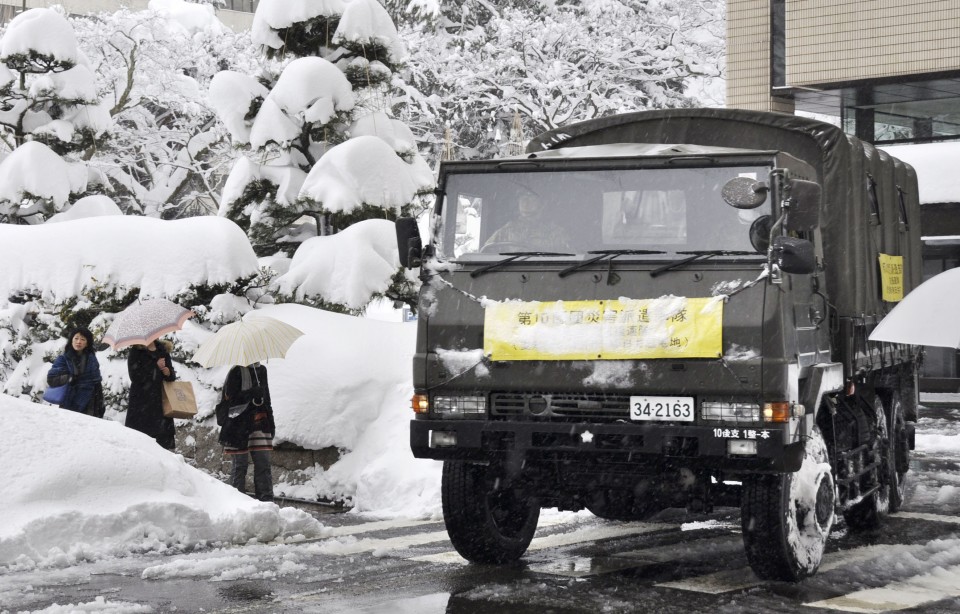