A U.S. fighter jet that developed an engine fire Tuesday shortly after takeoff from Misawa Air Base in northeastern Japan jettisoned a pair of fuel tanks into a lake near the base, the U.S. military said.

While no injuries were reported, the F-16's external fuel tanks fell into the lake with a huge splash some 400 meters from where clam boats were operating, according to Japanese government officials and local fishermen.

The incident led the Japanese government to urge the U.S. military to take thorough measures to ensure safety during its operations. Japan is home to around 50,000 U.S. military personnel, dispersed among facilities nationwide, including Okinawa.

"Ensuring the safety of local residents is the basic premise (in base) operations. We strongly urge the U.S. side to see that safety is ensured, the cause is investigated and measures are taken to avoid the same thing from happening again," Prime Minister Shinzo Abe said at a parliamentary committee.

The F-16 fighter jet developed the engine fire around 8:40 a.m. and returned safely to Misawa base in Aomori Prefecture about three minutes later after discarding the two tanks. 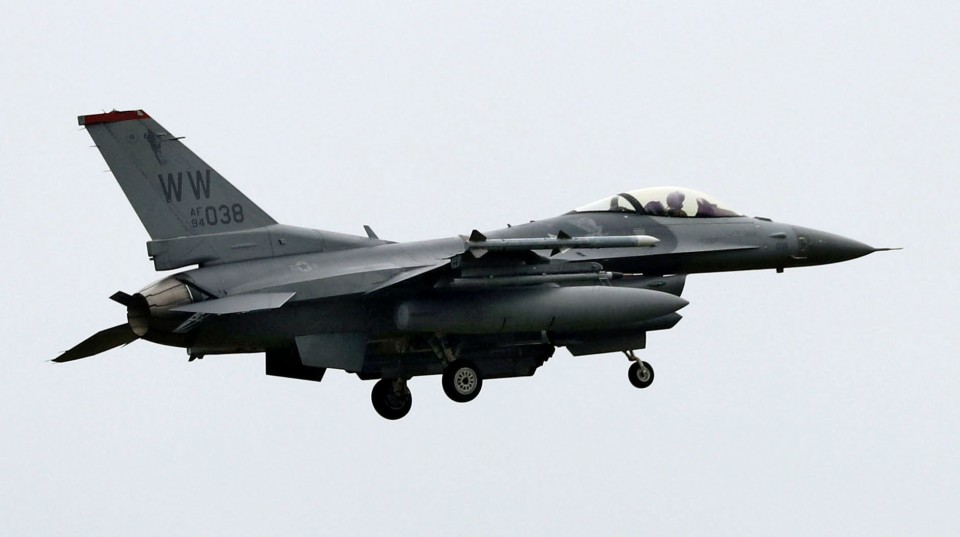 Fuel tanks of this type are generally about 4.5 meters in length and about 1 meter in diameter and can weigh at least 200 kilograms even when empty. The two tanks are believed to have been attached to the underside of the wings.

The U.S. Air Force indicated in a statement that the fighter jet had confirmed that the area was "unpopulated" before jettisoning the tanks.

"The aircraft was recovered safely on the installation airfield, and there were no injuries to the pilot or personnel on the ground," the statement said, adding, "We will conduct a thorough investigation to determine the root cause of this incident."

Misawa base Commander Col. R. Scott Jobe was quoted as telling a senior official of the city hosting the base that he was sorry that the incident sparked concerns among locals. Jobe also explained to the official that other F-16s have been checked and no problems were detected.

At the time of the incident, around 10 clam boats were on Lake Ogawara near where the fuel tanks fell. The splashes reached as high as 15 meters, according to Masahiko Yamada, a 52-year-old fisherman who was on the lake from around 7:30 a.m.

"I was surprised to see a big splash. Imagine being hit by one of those. It was good that no one was hurt," he said.

Hiroki Numata, an official of the local fishery association who visited the site, said he saw a 10-meter hole on the frozen lake surface. Metal fragments were scattered across the ice. "The area was filled with a strong smell of oil," he said. 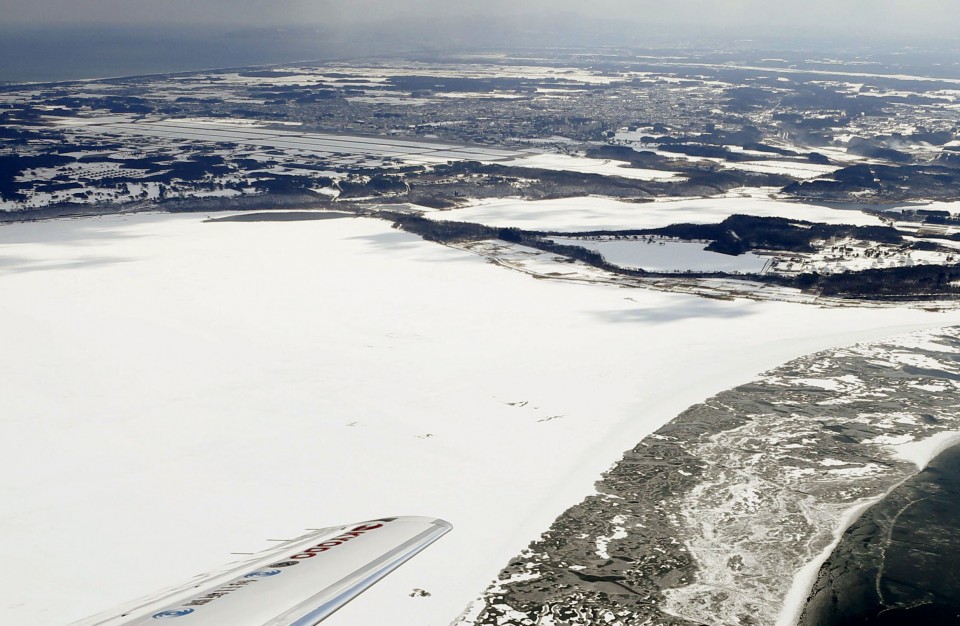 A city road near the lake was closed to traffic just in case the tanks should contain a toxic substance, police said.

Details of fuel leakage in the lake are being confirmed, according to the Japanese Defense Ministry. The Lake Ogawara fishery association decided to completely halt fishing in the lake until the fuel oil is retrieved.

Aomori Gov. Shingo Mimura said it is "regrettable" that the tanks hinder clam boat operations and urged the U.S. forces and the Japanese government to look into the cause of the incident and compensate fishermen.

It follows a series of mishaps and accidents involving U.S. military aircraft in Japan, mostly taking place in the southern prefecture of Okinawa, which hosts the bulk of U.S. military facilities in the country.

In January alone, helicopters based at U.S. Marine Corps Air Station Futenma in Okinawa made one emergency landing and two precautionary landings -- as the military refers to them -- in the prefecture.

In December, a window fell off a CH-53E large transport helicopter as it was flying over an elementary school just outside the Futenma base. Nobody was injured in the incident, but locals were shocked as the window landed only a dozen meters from where more than 50 children were taking physical education classes.

"We are seeing U.S. military aircraft accidents happening too often. A serious accident can happen at any moment. This abnormal situation is unacceptable," Satoru Oshiro, a member of Okinawa's antibase civic group, said.