The Central League ballclub is eyeing Suzuki, who has 3,080 career major league hits, under the assumption that the 44-year-old will return to Nippon Professional Baseball after playing 17 seasons in the majors.

The Nagoya-based team has been watching the moves of MLB teams concerning the outfielder, and will likely offer a contract to Suzuki after considering his wishes. Suzuki's hometown of Toyoyama is next to Nagoya, and his high school, Aikodai Meiden, is just a stone's throw from the Dragons' home park, Nagoya Dome. 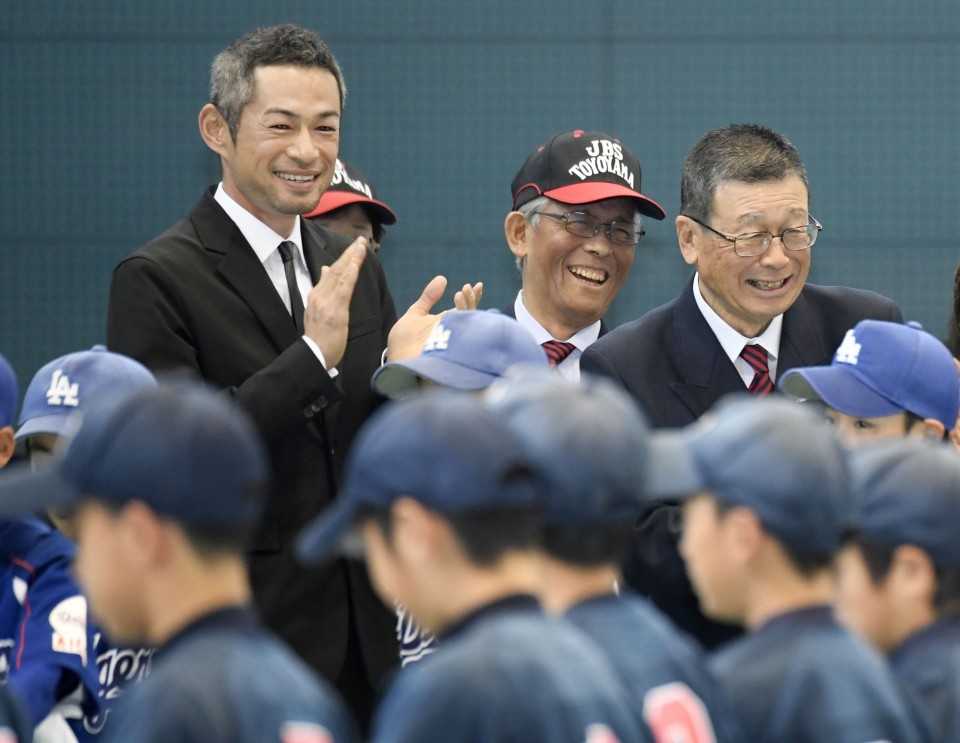 Earlier this month, Suzuki's agent John Boggs said there was a possibility Suzuki would end his baseball career in Japan if he did not get an offer in the United States, mlb.com reported.

Suzuki became a free agent in November when the Marlins declined their option to sign him for the 2018 season. Suzuki, who has stated publicly that he wants to play professionally until he is 50, has been awaiting interest from another club.

The Dragons disappointed Suzuki once, when they passed the local hero up in the 1991 draft. Suzuki was instead selected by the Kobe-based Orix BlueWave in the fourth round.

Because of an idiosyncratic batting style his first pro manager believed could not work as a pro, Suzuki was relegated to the minors for most of his first two seasons, where he dominated the pitcher-friendly Western League as a teenager.