Manga cafes and capsule hotels in Japan are generally considered the domains of men, their cramped, dark spaces not particularly alluring to female customers.

But with businesses realizing they are forgoing 50 percent of their potential customer base, some have introduced new offerings designed to appeal to women, offering a relaxed, and most importantly, safe environment.

"This is my first time here," said a woman who visited Hailey'5 Cafe in Tokyo's Shibuya Ward recently. "It's bright and fashionable. It changes the image of a manga cafe."

The couple, both university students, used one of the manga cafe's "theater rooms" where customers can enjoy movies on a large screen with sound pumped through a high-quality audio system.

The manga cafe allows people to enjoy drinks and snacks while reading various comic books and magazines of the genre as well, allowing them to access the internet for gaming and to watch videos on a pay-by-the-hour basis.

Hailey'5 Cafe in Shibuya opened in last August. Its operator made an effort to ensure his establishment threw off the dark and oppressive image of the typical manga cafe, a decision the manager said has led to a higher-than-normal proportion of female customers.

It offers small, private rooms that users can lock with a key card. The spaces are all non-smoking, sound-proofed and allow the temperature and lighting levels to be controlled individually, with aroma oils provided for free. 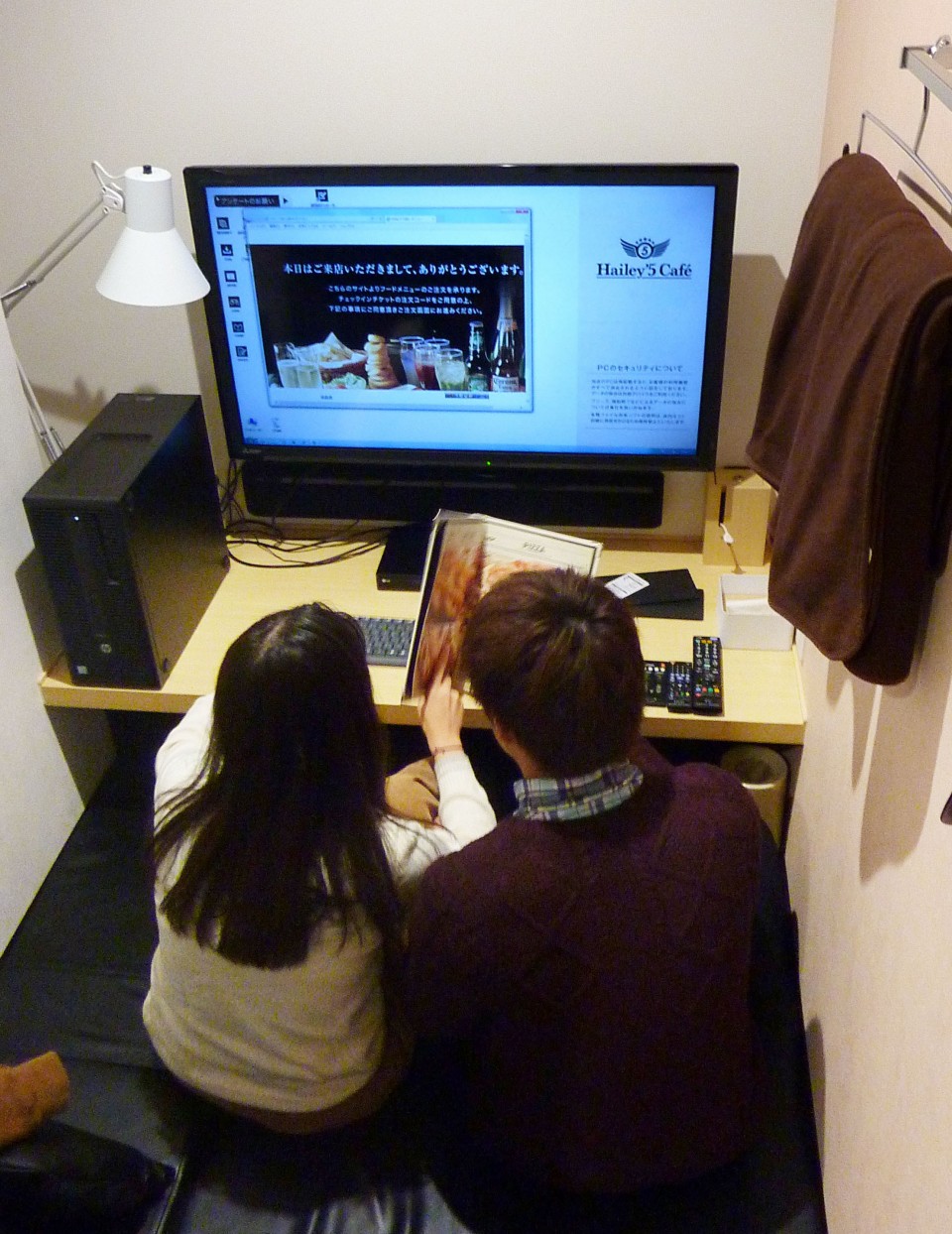 Some customers have begun to use the cafe in ways that not even the owners envisioned.

A group of women, for instance, booked a room so they could watch videos of artists whose concert they have tickets to, getting themselves ready for the live performance.

The cafe also sees students come to work on internet-based study programs in its private rooms.

A capsule hotel, also known as a pod hotel, is inexpensive accommodation that offers tiny, enclosed sleeping spaces stacked in a large shared room. Only a few such hotels are open to women only.

Built at a location several minutes walk from the Akihabara railway hub, it is often booked out on weekends by women going to nearby events and concerts, according to its manager.

With the basic rate starting from 3,800 yen per night, it has 130 capsules -- each 2-meters deep, 1-meter wide and 1-meter high. Bags are kept safely in lockers and some capsules have televisions.

Showers and powder rooms with cosmetic and hair care products are available, making the capsule stayover experience almost like that of a normal hotel.

"Guests feel relaxed, unconcerned about other guests" because they are all female, the manager said, and the female factor also extends to providing a sense of security.

Often reservations are made by parents of high school students taking college entrance exams or those of university students who are job hunting in central Tokyo, the manager said, allowing the families to know that the young women have a safe, if small, space of their own.