U.S. Defense Secretary Jim Mattis told participants in a 20-nation ministerial meeting on North Korea that the United States has already prepared a war plan for the North in case diplomatic efforts fail, a source from one of the countries said Wednesday.

The source said Mattis made the remark at a welcome dinner in Vancouver on Monday for the foreign ministers and other officials from the countries including Japan, South Korea and nations that backed the South in the 1950-1953 Korean War.

Mattis appealed to the attendees to make progress on the North Korea issue at their meeting on Tuesday, saying that if that meeting did not go well, the United States would next call a defense ministers' meeting, the source said. 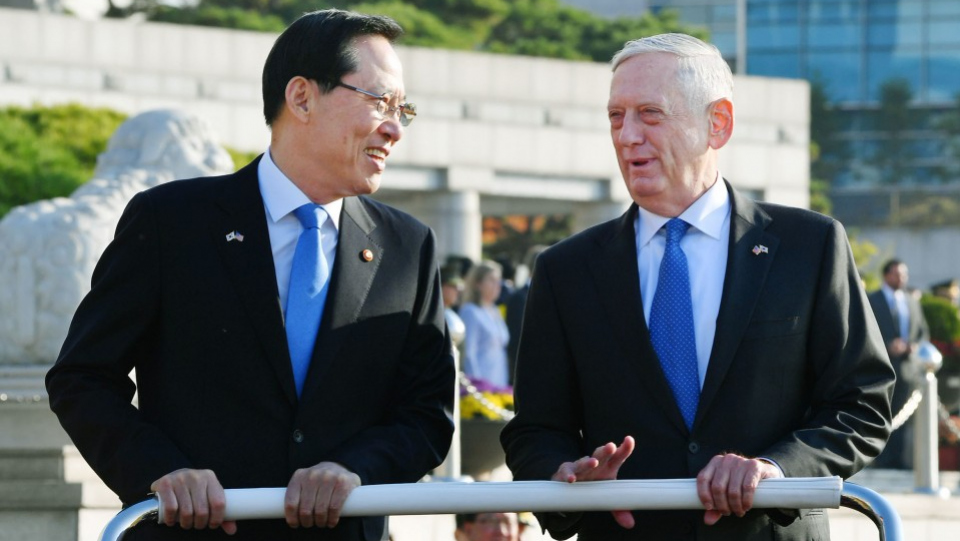 At the Vancouver Foreign Ministers' Meeting on Security and Stability on the Korean Peninsula, co-hosted by Canada and the United States, the officials agreed to raise pressure on North Korea, including by combating the evasion of U.N. sanctions adopted in response to the North's nuclear and ballistic missile programs.

Brian Hook, director of policy planning at the U.S. State Department, told reporters that Mattis' presence at the dinner showed "an integration of diplomatic efforts with the military option on the table."