2 Koreas to march together at Olympics, field joint hockey team

North and South Korea agreed in talks Wednesday that their athletes will march together under a "Korean Unification" flag at the opening ceremony of next month's Pyeongchang Winter Olympics and field a unified women's ice hockey team.

According to a joint press statement released after the daylong vice ministerial talks held in the truce village of Panmunjeom to discuss the North's plan to join the Feb. 9-25 winter games, North Korea also agreed to participate in the Pyeongchang Winter Paralympics to be held March 9-18.

The two countries' teams have marched together under the same flag, which shows a blue silhouette of the Korean Peninsula on a white background, at some previous Olympics and Asian Games, while it has also been used when they competed as a single team in some international sporting events like table tennis.

Also agreed Wednesday was North Korea's sending of a 30-member taekwondo demonstration team and a 230-member cheerleading squad to the Olympics, and a 150-member delegation, including athletes, to the Paralympics.

The two sides agreed to hold a joint cultural event at the Mt. Kumgang resort in North Korea and conduct joint training at the Masikryong ski resort, also in the North, before the Olympics. 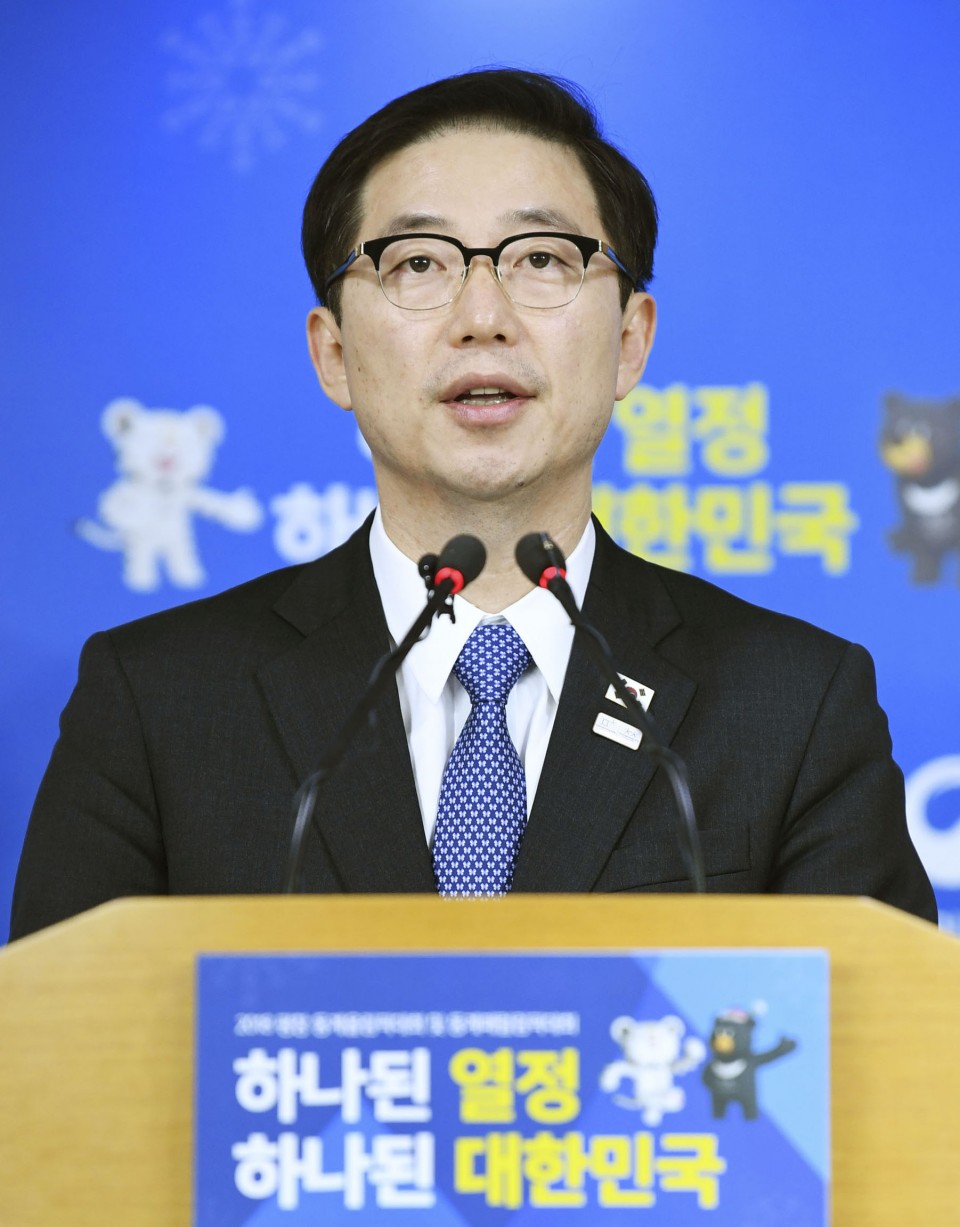 At the talks in the morning, North Korea offered to use a land route for its delegation's travel to the South.

The meeting at the Peace House, a South Korea-controlled building at the truce village in the demilitarized zone, was participated in by three-member delegations from each country.

The South Korean side was headed by Vice Unification Minister Chun Hae Sung, while the North Korean side was led by Jon Jong Su, vice chairman of the Committee for the Peaceful Reunification of the Fatherland, a state agency in charge of inter-Korean affairs.

On Jan. 9, at the first official inter-Korean talks in more than two years, North Korea revealed it would send a delegation of high-ranking officials, athletes and cheerleaders to the Winter Olympics.

At a follow-up meeting Monday between the two Koreas, North Korea also agreed to send a 140-member art troupe, including an orchestra, to perform during the games.