N. Korea to compete in 4 sports at Winter Olympics: official

North and South Korea have agreed that the North will compete in pair figure skating, alpine skiing, cross-country skiing and women's ice hockey during the Pyeongchang Winter Olympics, the head of South Korea's organizing committee for the Olympics said Thursday.

Lee Hee Beom said the agreement was reached at vice ministerial-level talks held at a truce village dividing the two Koreas on Wednesday, according to Yonhap News Agency.

But he declined to disclose the number of North Korean athletes as agreed on by the two sides because the International Olympic Committee will have the final say on the matter. 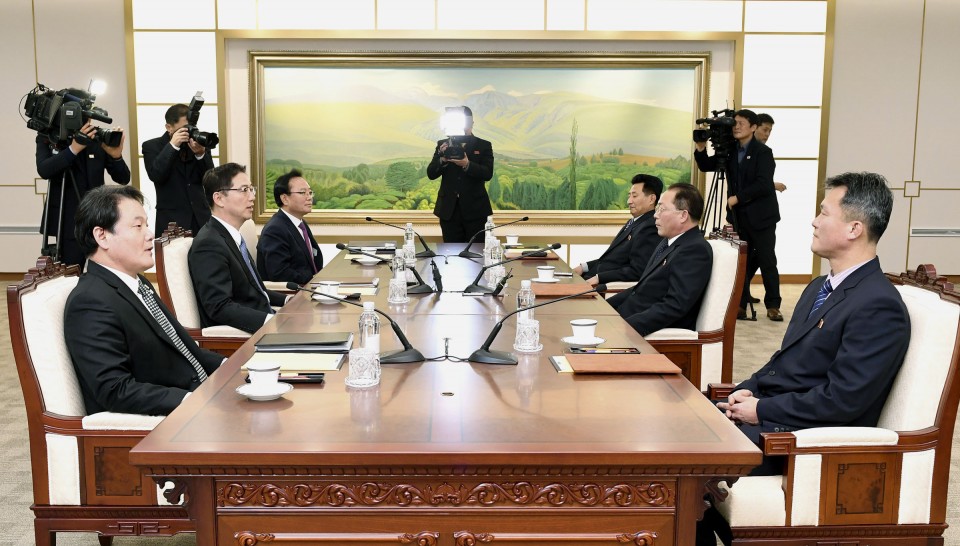 "Basically, the IOC is the one that invites countries to the Olympics," Lee told reporters at Incheon International Airport before heading to the IOC headquarters in Lausanne, Switzerland.

"And the agreement between South and North Korea must follow the IOC's standards," Lee was quoted as saying.

In Lausanne, IOC President Thomas Bach will chair a meeting on Saturday with officials from both Koreas on North Korea's participation in the Feb. 9-25 games in Pyeongchang.

For women's ice hockey, the Koreas agreed at Wednesday's talks to field a joint team with the exact size of the roster set to be determined at the upcoming IOC meeting.

In pair figure skating, only two North Korean athletes have qualified for the Winter Games. But North Korea did not confirm by an October deadline whether its pairs skaters Ryom Tae Ok and Kim Ju Sik would compete in Pyeongchang, and their place went to Japan.