Outfielders Hideki Matsui, Tomoaki Kanemoto and manager Tatsunori Hara were inducted into the Japanese Baseball Hall of Fame on Monday along with university manager Masao Taki.

Matsui and Kanemoto were elected in their first year of eligibility, while Hara, who narrowly missed selection for his exploits as a third baseman, was selected in his second year on the experts division ballot, which considered his considerable accomplishments as a manager.

Matsui, who spent most of his career with the Yomiuri Giants and New York Yankees, needing to be named on 75 percent of the ballots of selected veteran members of the baseball media, cruised in after receiving 91.3 percent of the votes. At 43 years, 7 months, he is the hall's youngest inductee. A three-time Central League MVP in his 10 seasons in Japan, Matsui went on to 10 seasons in the majors, where he was the MVP of the 2009 World Series.

Currently in the United States and unable to attend the ceremony, Matsui was represented by his father, Masao. The elder Matsui read a statement from his son, who paid special thanks to his first manager, Hall of Famer Shigeo Nagashima. 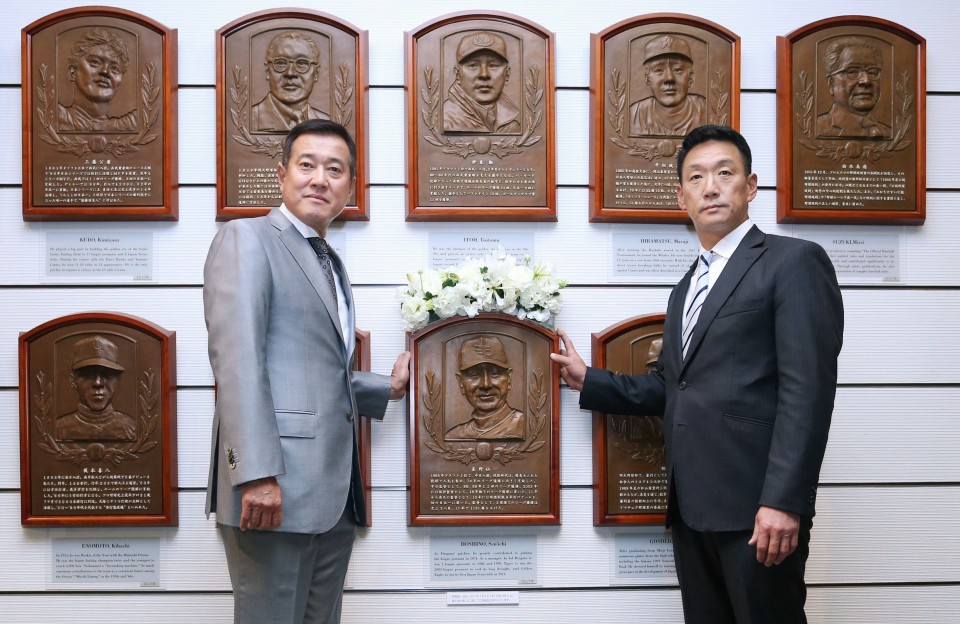 "There is no honor that could make me happier," Matsui said. "I am so grateful for the support of the fans, who propelled me forward. I can still hear their cheering on the field in my ears to this day."

"If it were not for manager emeritus Nagashima, I would not be receiving this great honor. Day after day, he checked my swing, sweated alongside me."

Kanemoto, who played for the Hiroshima Carp and Hanshin Tigers, not only ranks high in numerous career offensive categories, but also holds the record for consecutive full games played at 1,492. He needed 276 votes for induction and received 278. He was the 2005 CL MVP and won nine CL Best Nine Awards. He did all this despite not receiving regular playing time until he was 27.

"I feel as if I might not be worthy of this," said Kanemoto, who currently manages the Tigers. "The path to becoming a pro, to becoming an everyday player, to this point is the result of a lot of hard work. I'm still young, but I will strive to promote baseball."

It is the first time two first-year-eligible players were selected at the same time. Four previous players had entered in their first ballot: Victor Starffin, Sadaharu Oh, Hideo Nomo and Kimiyasu Kudo.

Hara, who was named on 73.2 percent of the players division ballots in 2015, his final year of eligibility, retired from managing the Giants later that year. His seven league titles place him seventh among Nippon Professional Baseball managers. He won the Japan Series three times and also managed Japan to the 2009 World Baseball Classic championship.

"As a little boy, I loved baseball," Hara said. "And naturally, I dreamed of being a pro. But even in my wildest dreams I didn't imagine this. I was nothing special as a player, but I think the managing may have had something to do with this."

"I played alongside Matsui, coached him and managed him. He was something special, and though we are here for different reasons and not really comparable, entering the Hall of Fame at the same time is, for me, simply wonderful."

Taka was a long-time manager at the high school and university levels. He led Chukyo University to 28 league titles, including 11 in a row and died in 2012. 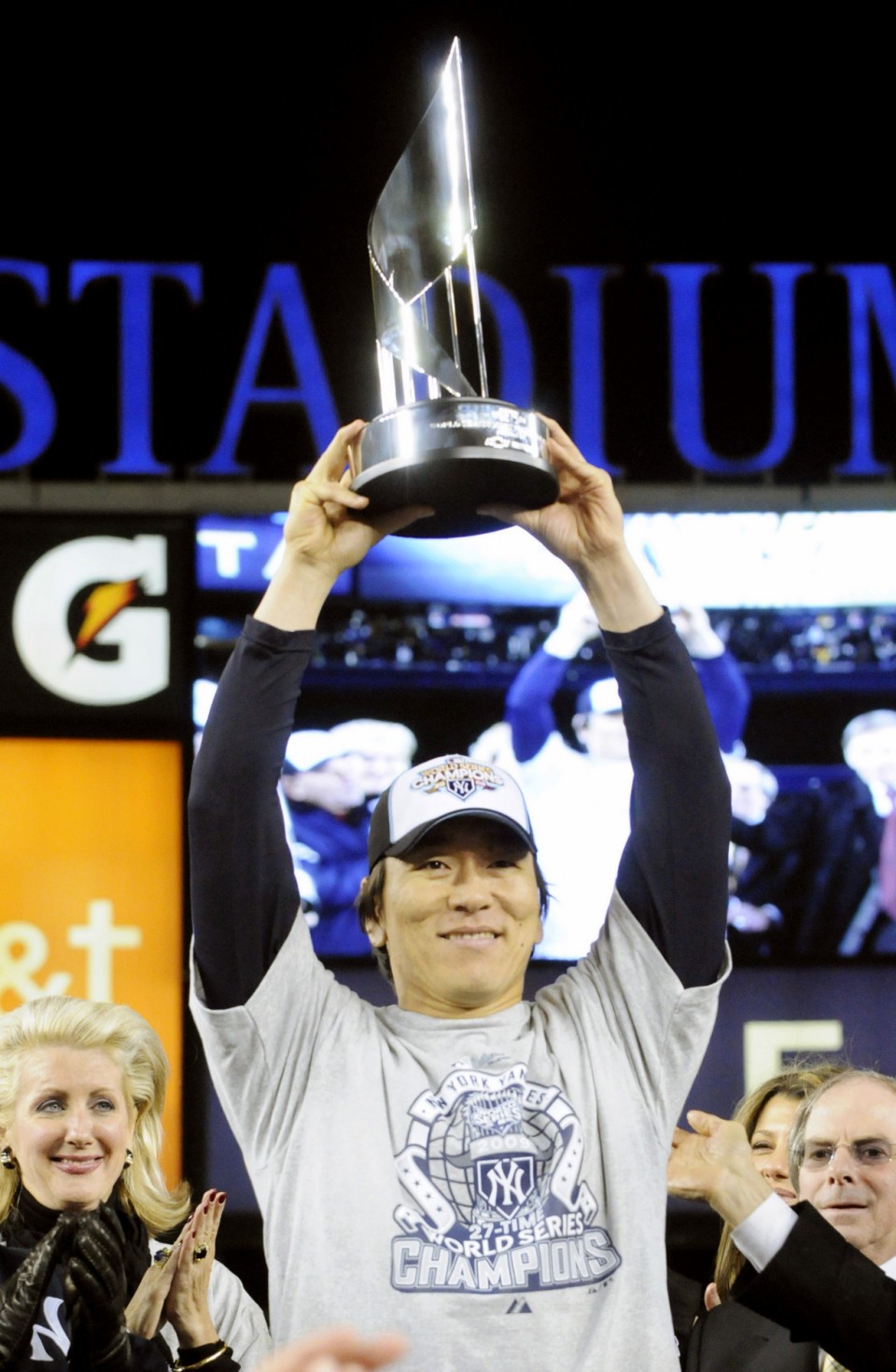