Fake news travels fast, and apparently even from outer space, according to Japanese astronaut Norishige Kanai.

In a tweet on Wednesday, Kanai, the Japanese astronaut who said he has grown 9 centimeters in his three-week stay at the International Space Station, apologized for overstating his low-gravity growth spurt, saying, in fact, he is only around 2 cm taller.

"Very sorry for the outrageous fake news," said Kanai of the Japan Aerospace Exploration Agency, who is on his first space mission. "It was a misreading, and I had no idea it would create so much talk."

The 41-year-old Kanai, a former Maritime Self-Defense Force doctor and the 12th Japanese to travel into space, said he went back to the tape measure after fellow astronaut Anton Shkaplerov of Russia questioned his newfound height.

And Shkaplerov turned out to be correct, as Kanai topped out at 182 cm -- just 2 cm more than his terrestrial height.

Astronauts' bodies do lengthen while in space, sometimes leading to back pain as the spine stretches. But even JAXA said 9 cm was unheard of, and Kanai took to Twitter to correct himself.

"My hip or my back does not hurt," said Kanai, who is scheduled to stay on the ISS until June 3. "As a matter of fact, the tightness I had in my shoulders is gone so I'm pretty certain I did not grow 9 cm." 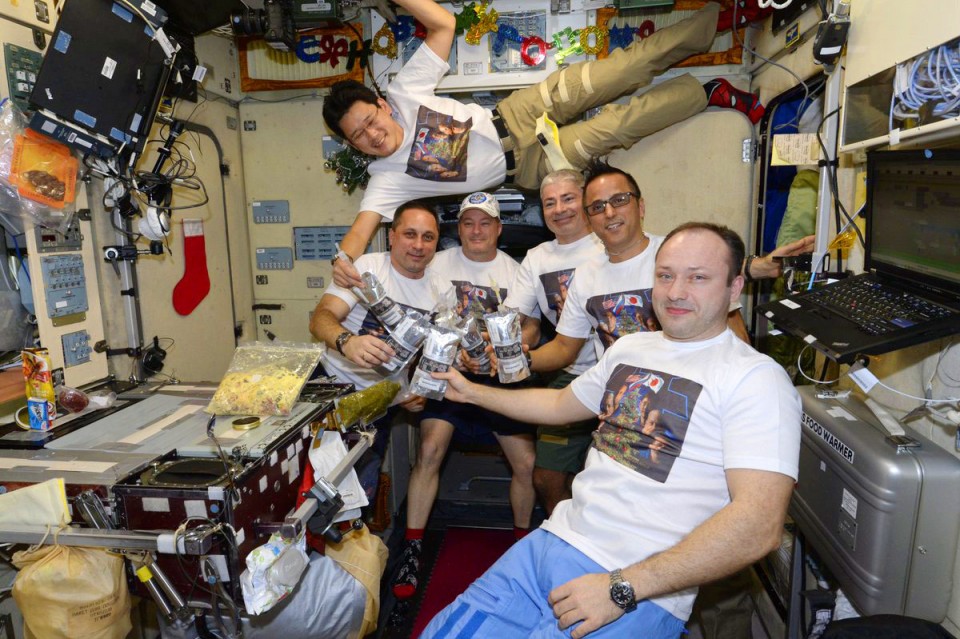