Police said Tuesday that seven bodies have been found in a capsized wooden boat washed ashore in Ishikawa Prefecture, as vessels believed to be from North Korea continue to turn up on the Sea of Japan coastline.

The 16-meter-long boat was found in Kanazawa last Wednesday. The bodies of seven men, lying inside small rooms inside the boat, were largely decayed, the police said.

The police also found a badge bearing a portrait of late North Korean leaders Kim Il Sung and Kim Jong Il and a cigarette box with Hangul letters. A search of the boat had been delayed by bad weather. 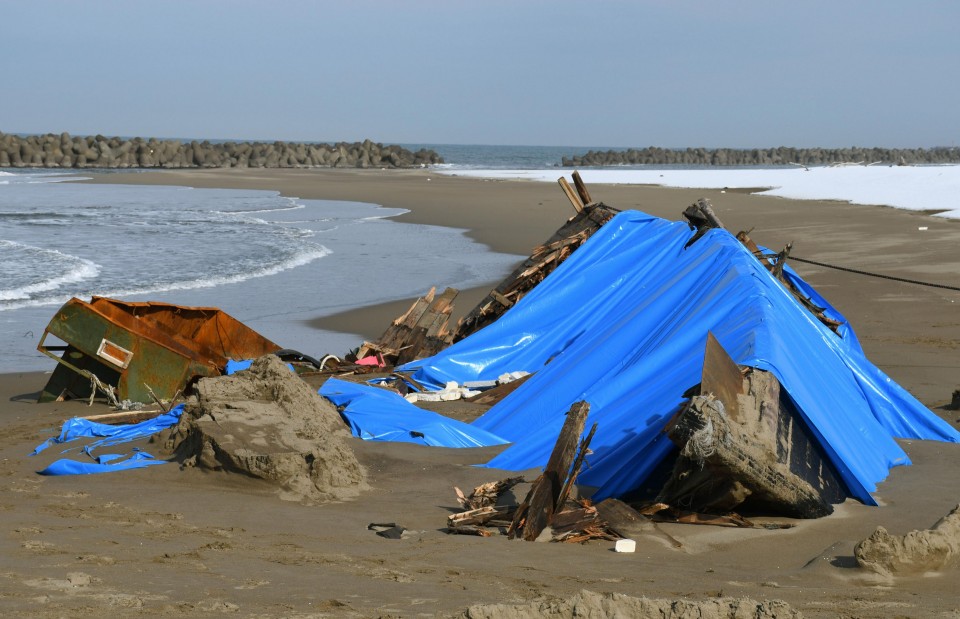 Last Wednesday, the police and the Japan Coast Guard discovered another body about 15 meters from where the boat was washed ashore. An autopsy showed the man was in his 30s to 50s and had died around last September.

The police will carry out autopsies on the seven other bodies.

According to the Japan Coast Guard, suspected cases of North Korean boat arrivals rose to a record high 104 last year since comparable data became available in 2013.

More North Korean boats have operated in a rich fishing ground for squid and crabs in the Sea of Japan in recent years, and the winter season's rough sea conditions may have caused the boats to capsize, a coast guard official said.