The Japanese government said Friday it will introduce a stricter refugee screening system next week as a surge in the number of applicants believed to be seeking employment rather than protection has put the process under strain.

Under the current system, those who file for refugee status three times without legitimate grounds are liable to be deported or sent to immigration centers. But under the stricter system to be introduced from Monday, the government will take similar measures for first-time applicants who do not meet criteria stipulated in the 1951 refugee convention. 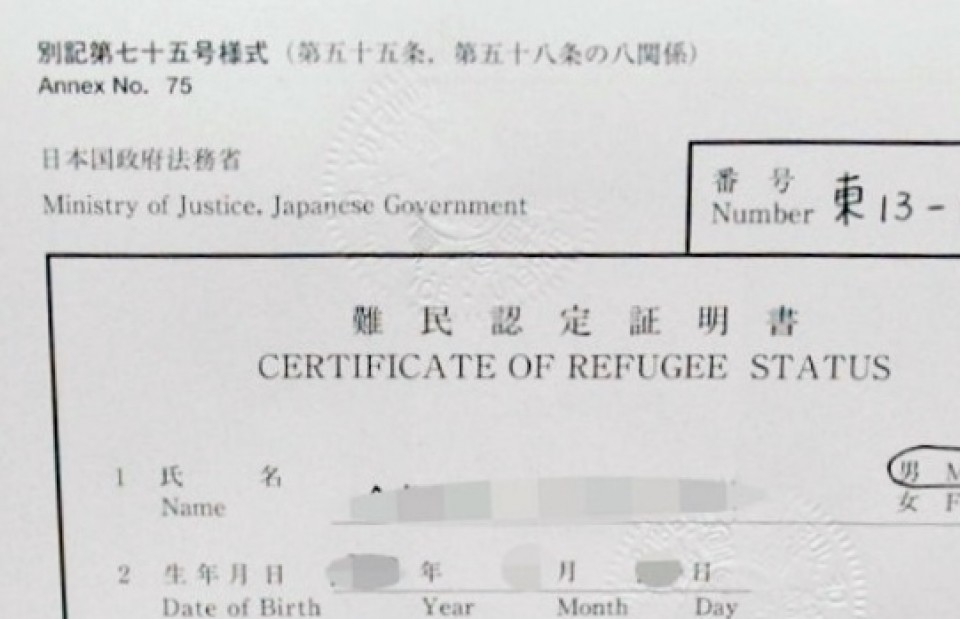 The U.N. Convention relating to the Status of Refugees defines refugees as individuals who possess well-founded fear of being persecuted for reasons of race, religion, nationality, membership of a particular social group or political opinion.

Justice Minister Yoko Kamikawa told a press conference that the latest revision "does not mean (Japan) will be more reluctant to accept (refugees). We want to concentrate on dealing with refugees who need protection."

Since 2010, Japan has granted work permits to all asylum seekers six months after they file for refugee status. With the change, however, the country's Justice Ministry will only allow people to work if they are deemed to have a high chance of being recognized as refugees following an initial simplified screening.

Fast-track screening will be conducted on applicants with resident status -- such as those who have been in the country on study visas -- within two months of their filing for refugee status. If they are deemed unlikely to be recognized as refugees or found to have repeatedly submitted applications, they could face deportation.

Work permits are issued to assist the lives of asylum seekers during the screening process, but a senior Justice Ministry official said, "A considerable number of people are filing applications simply to get authorization for employment."

The refugee screening process in Japan takes 9.9 months on average and 23.4 months if applicants who are turned down appeal the decision. They can also resubmit their applications.

In the first nine months of 2017, only 29 applicants were from Syria and four other countries that are a major source of refugees. The biggest number came from the Philippines, followed by Vietnam, Sri Lanka, Indonesia and Nepal.

About 40 percent applicants who were turned down cited debts and other troubles as reasons for seeking refugee status. The ministry plans to swiftly deport people who file for refugee status on that basis.

But even taking bogus claims into account, Japan faces international criticism that the country is closed to refugees, since it recognized only 28 people as refugees in 2016.

Of applicants who were denied refugee status, nearly 40 percent had sought asylum on political, racial and religious grounds.

Ayane Odagawa, a lawyer supporting refugees, said, "A lot of people who need protection are still left unattended for a long time without being granted refugee status. Screening that simply accelerates the deportation procedure will not provide genuine refugee protection."