Anti-government mass protests across Iran have entered the sixth day, with the confirmed death toll rising to 25 as of Tuesday including security forces personnel.

Since last Thursday, hundreds of people in various cities across the country have taken part in protests against inflation, alleged corruption by officials and economic policies of the government. 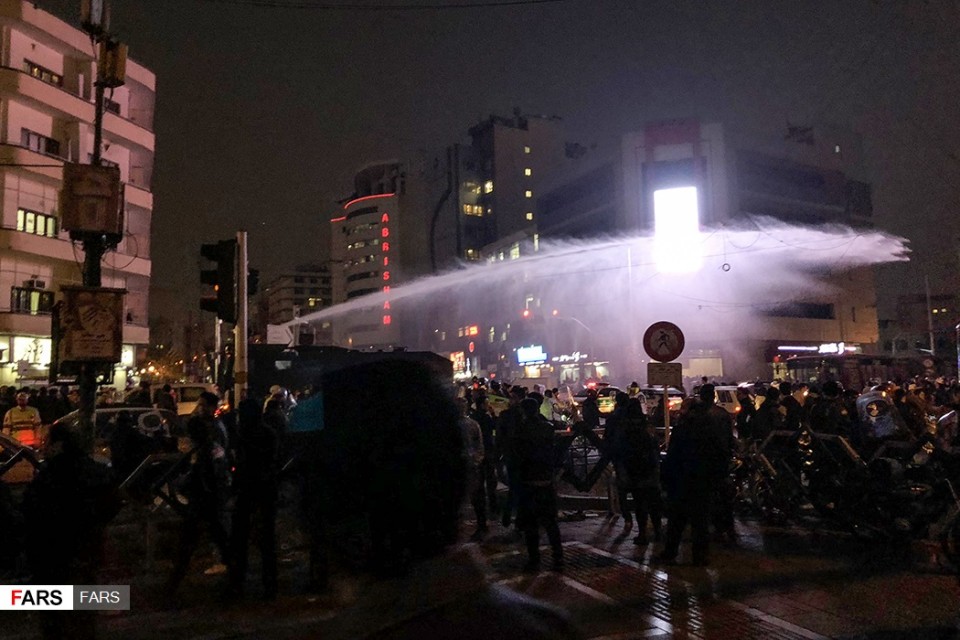 Some of the anger is also directed at the Islamic Republic's clerical leadership in power since the 1979 revolution.

Six rioters who were trying to occupy a police station in the city of Qahderijan in Isfahan province were killed in a clash with security forces on Monday night, state television reported on Tuesday.

State television also reported that a person was killed in protests in Kahrizsang city in Isfahan province on Monday night.

Since Sunday, the peaceful protests against inflation, high prices and economic corruption have turned violent, with the authorities alleging the involvement of Sunni militant groups and foreign intelligence agencies.

According to state television, armed rioters are using hunting rifles and knives to attack security forces and citizens.

Official reports indicate that 12 policemen were injured by knives and rocks in the central city of Arak. One of the policemen is reportedly in critical condition after being stabbed in the lung.

In his first official reaction to the protests, Iran's supreme leader, Ayatollah Ali Khamenei, on Tuesday accused "enemies of Iran" being behind the unrest.

"Enemies of Iran used different tools including cash, weapons, politics and intelligence apparatus to create troubles for the Islamic Republic," he was quoted as saying in a post on his official website.

Iran's judiciary, which is a hardliner organization, has apparently lost its patience, saying that from now on the protests will be regarded as targeting the Islamic Republic.

On Monday, the head of Iran's judiciary, Sadeq Amoli Larijani, warned that protesters face "decisive punishment" and called on the protesters to take a separate path from the rioters and vandals.

President Hassan Rouhani on Sunday said that Iranians "are free to protest" while warning against violence. Despite that, more than 500 people have been arrested in clashes with police in more than 40 cities and towns, state news agencies have reported.

Iran's Deputy Interior Minister for Security and Law Enforcement Hossein Zolfaghari said Tuesday that the situation has returned to normal in most parts of the country and the remaining unrest will soon be over, according to the semi-official Mehr news agency.

Speaking to Kyodo News, Amir Ali, 32, who took part in protests on Tuesday and Friday, said he is looking for "change" in the economic situation and his main demand is price stability.

"Since Sunday, I've given up attending protests when I saw some of them are carrying guns and Molotov cocktails. We need to protest peacefully, not with violence," he added.

Mojgan, a 28-year-old teacher living in Tehran, said she is looking for "transparency in the economy" and is "tired of hearing news about financial corruption."

The current protests are the most serious since unrest in 2009 following the disputed presidential election. The authorities are blaming the unrest on anti-revolutionaries and agents of foreign powers.