Chang said the Winter Olympics in Pyeongchang should be successful as it is an important festival for Koreans.

His comments came a day after North Korea agreed to hold official talks with South Korea next Tuesday, the first in more than two years.

A major topic to be discussed at those talks is the Winter Olympics, after North Korean leader Kim Jong Un expressed in a New Year's address a readiness to send a delegation to the games. 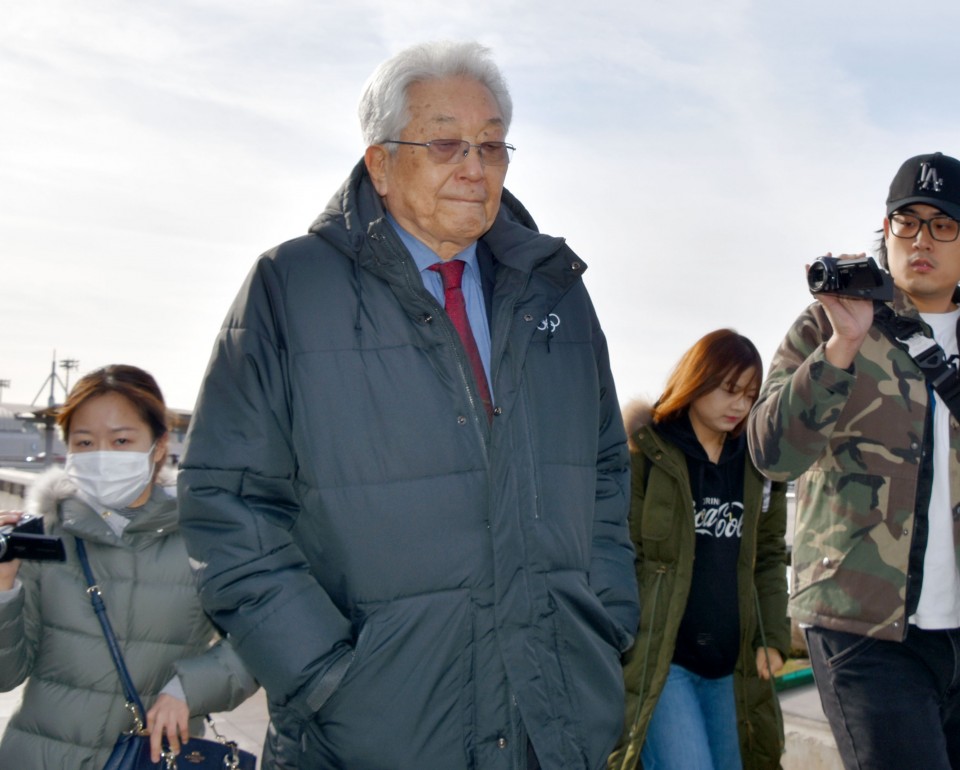 Kim struck a surprisingly conciliatory tone on relations with South Korea in his speech on Monday. He wished for the success of the Olympic Games to be held Feb. 9-25, and suggested the need for thawing "frozen inter-Korean relations," while also reiterating a resolve to launch a nuclear strike against the United States if his country is threatened.

The South Korean government and the IOC immediately welcomed Kim's overture, saying they are open to talks with North Korea.

As a first step, the two Koreas on Wednesday reopened a long-suspended cross-border hot line.

Chang, who arrived in Beijing from Pyongyang, is believed to be traveling to Switzerland to discuss with IOC members the possible participation of North Korea at the games, according to a source familiar with the situation.

At this point, only two North Korean athletes have qualified for the Winter Olympics. But North Korea did not confirm by an October deadline whether its pair skaters Ryom Tae Ok and Kim Ju Sik would compete in Pyeongchang, and their place went to Japan.

If Chang is headed to Lausanne, it is believed he intends to discuss whether it is possible for the IOC to grant the North Korean pair a wild-card slot.

However, Chang said at the Beijing airport that he has not been told Japanese figure skaters were moved up to fill the vacancy created by North Korea's inaction.

Also, when asked to comment on some countries viewing the North Korean leader's olive branch as aimed at driving a wedge between Seoul and Washington, Chang said "there may some forces who do not want to see (the two Koreas) going well... But issues about our people should be solved by ourselves."