Families of Japanese individuals suspected to have been abducted by North Korea will urge the International Criminal Court next week to prosecute the country's leader Kim Jong Un, saying his refusal to provide information on their whereabouts constitutes continued human rights abuses against them.

The families and their supporters will travel to The Hague to directly submit a petition requesting investigation into the suspected abductions of at least 100 Japanese as a case of crimes against humanity.

While the abductions themselves were carried out under the orders of North Korea's deceased leaders Kim Il Sung and Kim Jong Il, the current leader "is aware that not a small percentage of the abductees are still alive and that their freedom is severely restricted," says a draft petition obtained by Kyodo News on Thursday.

Representing the petitioners, 81-year-old Shoichi Osawa, whose brother Takashi disappeared in February 1974 on Sado, an island off the Sea of Japan coast, said, "We want to show Kim Jong Un how determined we are through the act of filing (the petition)." 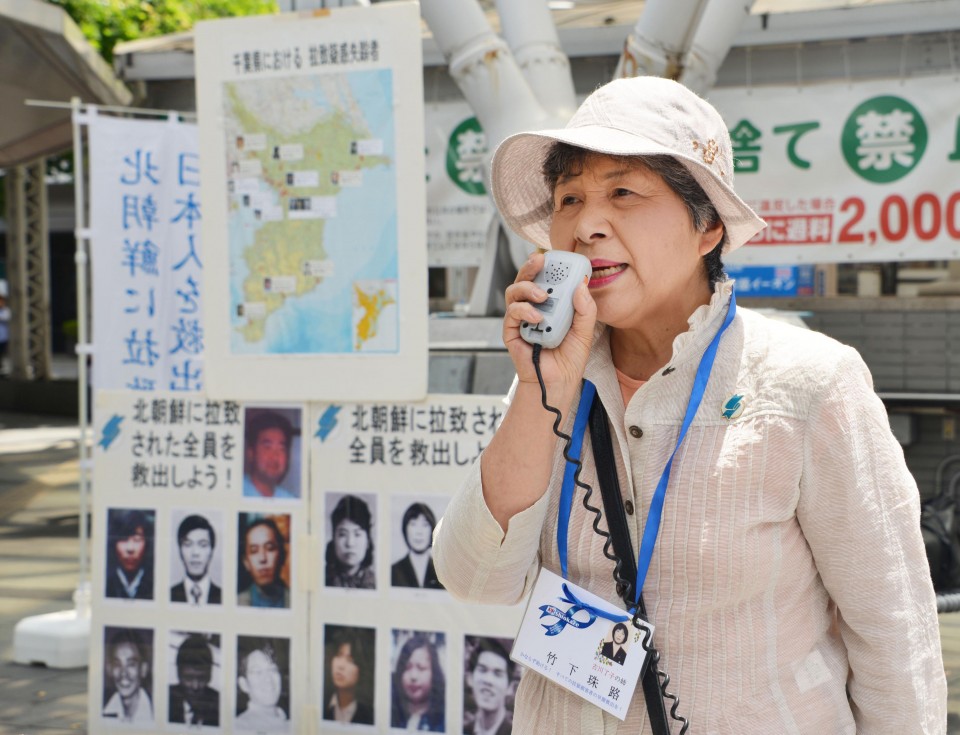 It will be the first investigation request from Japanese nationals to the ICC over the abduction cases, many of which took place in the 1970s, according to the families.

"We will strive to gain support from the international community so we can get all victims back alive one day," Osawa said.
The ICC's Office of the Prosecutor will determine whether to open a case after receiving the request.

While a 2014 U.N. report on North Korea says "it is probable that at least 100 Japanese nationals have been abducted" by Pyongyang, the Investigation Commission on Missing Japanese Probably Related to North Korea, a private organization set up in 2003, believes the disappearance of about 470 Japanese may have something to do with the country.

Japan's National Police Agency lists over 850 people as those involved in probable abductions by the North, with many of them overlapping the 470.

The Japanese government officially recognizes 17 people as North Korean abduction victims beyond doubt. Of them, five returned to Japan in 2002 after negotiations between the two countries' leaders.

During the landmark summit between then Japanese Prime Minister Junichiro Koizumi and then North Korean leader Kim Jong Il in September 2002 in Pyongyang, the late Kim admitted North Korea had abducted 13 Japanese and said eight of them had died.

Over the North's violation of human rights including abductions of foreign citizens, the U.N. Human Rights Council approved a resolution last March recommending the use of the ICC, which holds the jurisdiction to prosecute individuals for genocide, crimes against humanity and war crimes, in resolving the cases.

The ICC has opened inquiries and issued arrest warrants for country leaders including former Ivory Coast President Laurent Gbagbo, who was arrested in 2011, and Sudanese President Omar al-Bashir, who is still at large, on crimes against humanity charges. 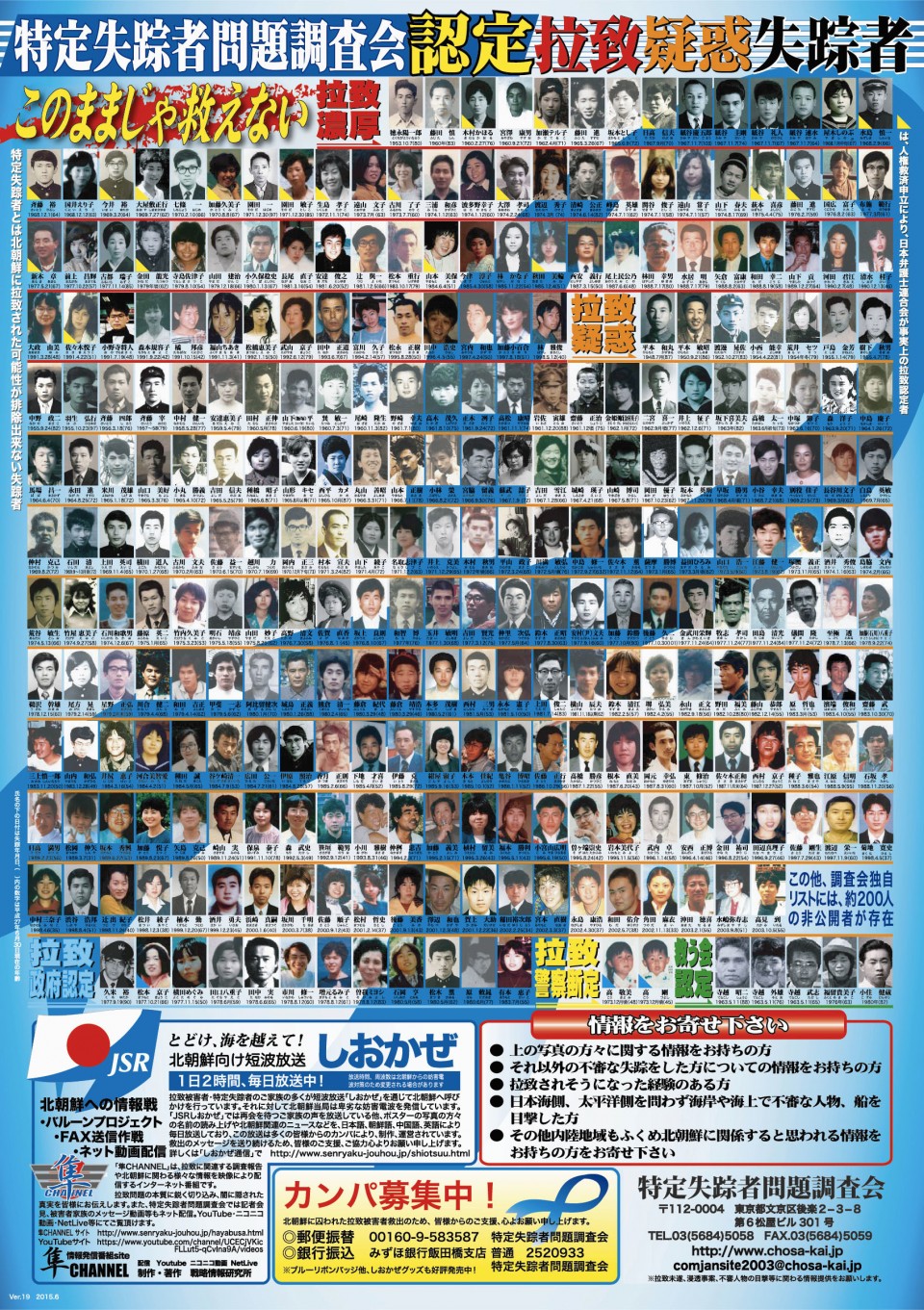