A woman in her 60s sued the government Tuesday seeking 11 million yen ($101,000) in damages over her forced sterilization when she was a teenager on grounds of mental disability under the now-defunct eugenic protection law.

The woman in Miyagi Prefecture, whose name was not disclosed, filed the first such suit over forced sterilizations in Japan at the Sendai District Court, saying the state failed to legislate for relief measures despite the serious human rights infringement.

The woman also claimed the 1948 law denied human equality and the right to pursue happiness and was therefore unconstitutional.

A document kept by the prefectural government also showed the same day that others who underwent sterilization based on the law included two 9-year-old girls and four 10-year-old boys.

The ledger, covering the period from fiscal 1963 to 1986, lists the names, addresses and ages of those sterilized as well as the diagnoses used to justify the operations. Of the 859 individuals, 320 were males, 535 were females, while the ages and sexes of four individuals were not disclosed to prevent identification.

Of the total, 191 males and 257 females were under age 20 when sterilization procedures were conducted.

"We stood up so that we can realize a society without discrimination against people with disabilities," the plaintiff's sister-in-law, who helped the woman file the suit, said at a press conference. 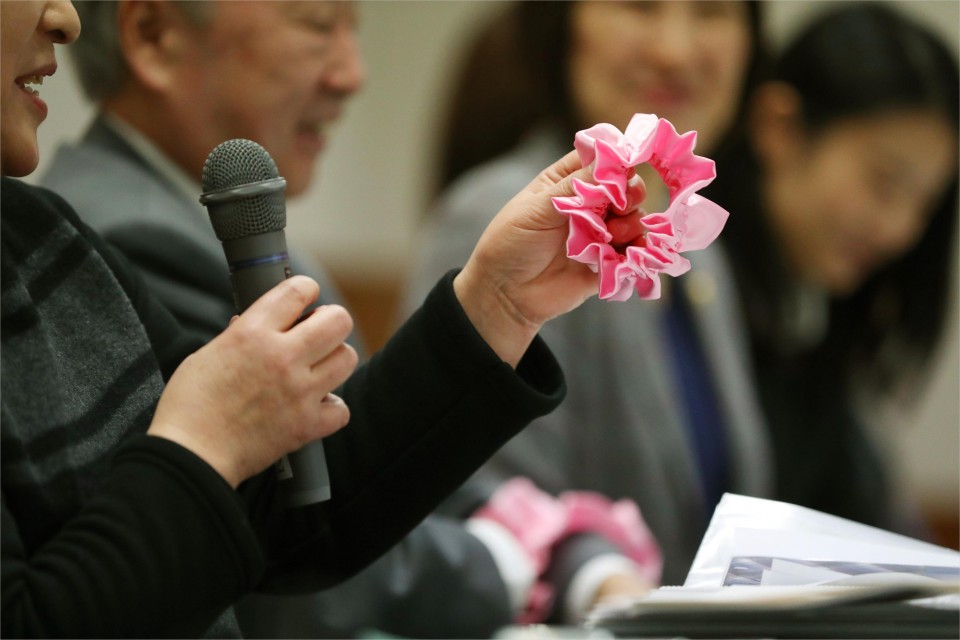 The state has not apologized or provided compensation to the around 25,000 people who were sterilized due to mental or other illnesses under the law, which remained in force until 1996, saying it was legal at the time. Of them, 16,500 people are believed to have undergone sterilization without their consent.

Health minister Katsunobu Kato declined to comment on the case, saying he has not received legal documents. The ministry also said it is not planning to investigate what took place as a result of the law, another of the plaintiff's demands. The government says many records of forced sterilizations have been discarded by government offices.

In 2016, the U.N. Committee on the Elimination of Discrimination against Women recommended that Japan adopt "specific measures aimed at providing all victims of forced sterilizations with assistance to access legal remedies and provide them with compensation and rehabilitative services."

Court documents show the woman developed mental problems following cleft palate surgery in 1958 and was diagnosed with a learning disability at age 15 in 1972.

After undergoing sterilization based on the decision of a local review panel, the woman suffered stomach pains and a number of marriage proposals were withdrawn once the suitors discovered she was unable to have children, the documents said.

The suit was filed after the woman's sister-in-law, who has lived with her for the past 40 years, asked the Miyagi prefectural government to disclose information on the woman and found out last July that she had undergone sterilization based on a diagnosis of "hereditary feeble-mindedness" at a local hospital.

Prior to filing the lawsuit, the sister-in-law said she felt "the ideology that people with disabilities should be eliminated and should not be alive has remained" even after the eugenics law was scrapped.

The eugenics protection law authorized the sterilization of people with mental disabilities and illness or hereditary disorders to prevent births of "inferior" offspring. It also allowed for forcible abortions.

The legislation, which drew on a similar law in Nazi Germany, was scrapped in 1996 and replaced by the maternal protection law on abortions. Germany and Sweden had similar eugenics laws and the governments there have apologized and paid compensation to the victims.

Lawyers for the woman said it was obvious that the state should have provided relief to those affected, noting the Diet had debated the necessity of redress in March 2004 but no action was taken even after three years, considered a reasonable period needed for legislation.

The lawyers called on other victims to file suits as well, saying it would lead to early settlement of the issue.

A Kumamoto District Court ruling on leprosy patients in 2001 criticized sterilizations as "inhumane," while bar associations have also called for legal remedies.

The local bar association in Miyagi Prefecture will set up a call center on the issue on Friday, while some lawyers in Sapporo, Tokyo, Osaka and Fukuoka will offer advice on the matter the same day.

Yoko Matsubara, a Ritsumeikan University professor of bioethics, said a similar discriminatory ideology was at the root of hate speech often seen in Japan and crimes such as the 2016 mass murder at a care facility for people with serious disabilities in Sagamihara, southwest of Tokyo, urging the government to look into its discriminatory past.

"Japan as a whole must comprehensively review the problems of the eugenics law and the underlying discriminatory views to provide redress to those affected and for the sake of society itself," Matsubara said.