In a rare expression of dissent, Japanese Foreign Minister Taro Kono on Sunday criticized the Japanese government's energy policy as "lamentable" and pledged to promote renewable energy sources in line with global trends. 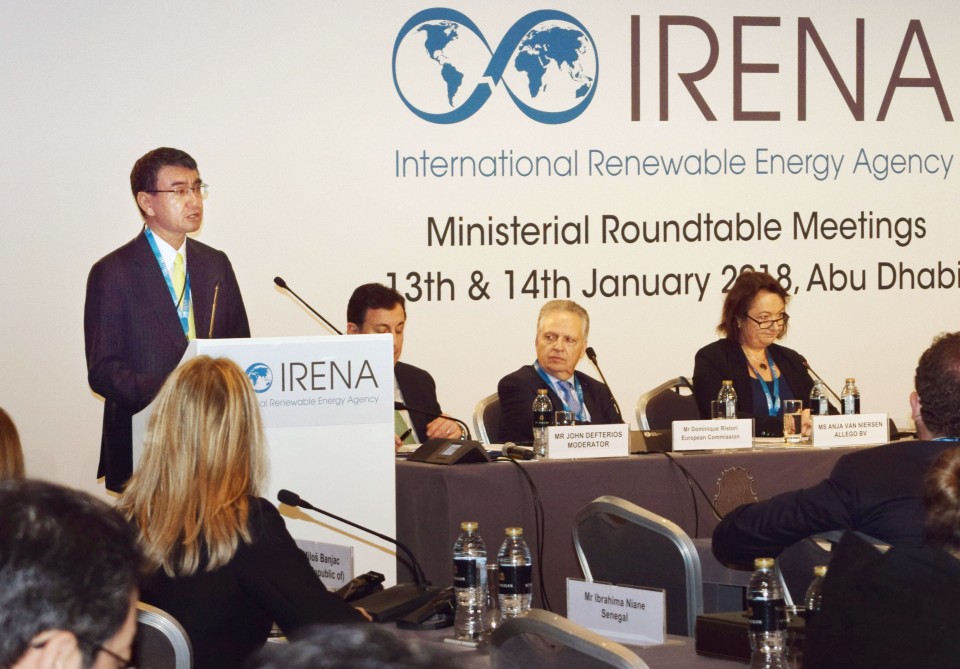 Noting that Japan lags significantly behind the world in the deployment of renewable energy, Kono said at a gathering of the International Renewable Energy Agency in the capital of United Arab Emirates, "I am seriously concerned with our current situation."

"For too long, Japan has turned a blind eye to global trends, such as the dramatic decrease in the price of renewables and the inevitable shift to decarbonization in the face of climate change," the high-ranking minister said, adding Japan has maintained the status quo for fear of change.

Saying that Japan's shortcomings are the result of "short-term and ad-hoc solutions," Kono said, "I am grateful for the opportunity presented here in the IRENA assembly to express Japan's determination to undertake renewable energy diplomacy with new ways of thinking, to grasp the global dynamics properly and to implement coherent, long-term solutions that are aligned with global trends."

It is the first time a Japanese foreign minister has attended the IRENA assembly.

When the renewable energy target was adopted in June 2015, Prime Minister Shinzo Abe hailed it as "an ambitious goal."

Following his visit to Myanmar and the United Arab Emirates, Kono is scheduled to fly to Vancouver, Canada, to join an international conference on North Korea, co-hosted by Canada and the United States.