Empress reflects on path of emperor through poetry before abdication

Japanese Empress Michiko reflected on the path her husband Emperor Akihito has followed ahead of his abdication scheduled for April 30, 2019, in a poem recited Friday at the annual New Year Poetry Reading Ceremony at the Imperial Palace.

This year's theme for the "waka" poems at the reading was "go," meaning "word."

In her poem, the empress described how the emperor has devoted himself over the years to pursuing his life as the symbol of the state, fulfilling his many responsibilities quietly as a matter of course without saying much.

The 84-year-old emperor will be the first Japanese monarch to step down in more than 200 years. He had expressed his desire to abdicate in a rare video message aired in August 2016, citing his advanced age and weakening health. 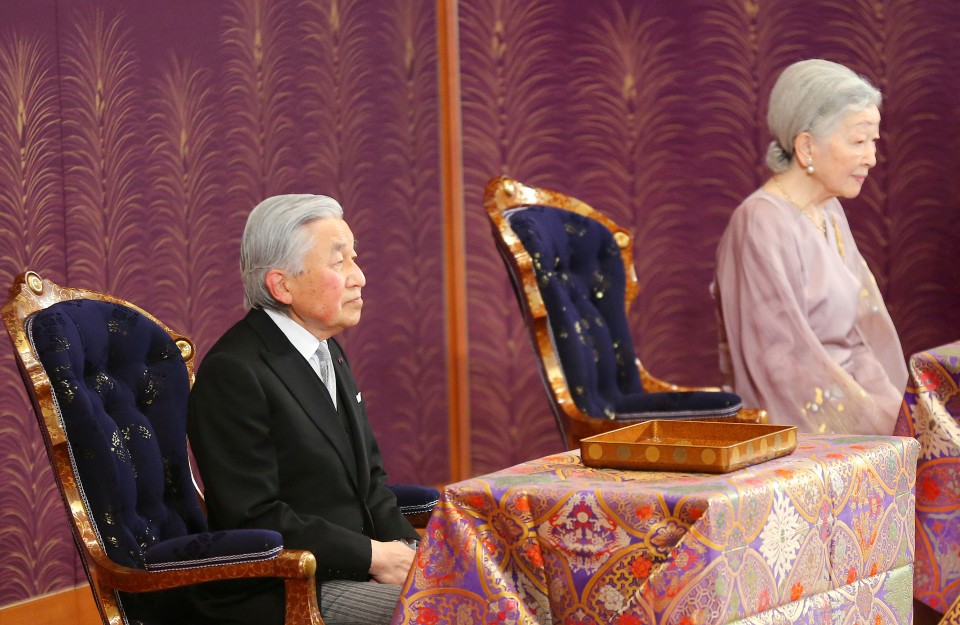 O, such a heavy burden

You bore, saying so little.

The imperial couple's poems as well as works composed by other members of the imperial family and 10 pieces chosen from roughly 20,453 entries from the public were recited in the traditional style at the reading.

The emperor and the empress, as well as Crown Prince Naruhito, Prince Akishino and his wife Princess Kiko were among those attending the traditional ceremony. Crown Princess Masako, who has been receiving treatment for stress-induced illness, was absent.

In his poem, Emperor Akihito recalled seeing kinran, or helleborine, during his routine morning stroll with the empress in the garden of the Imperial Residence. The emperor first saw the flower in the western Tokyo city of Koganei, where he stayed soon after World War II.

The official translation of the emperor's poem is as follows:

Conversing with each other

On our morning walk

We come across in the woods 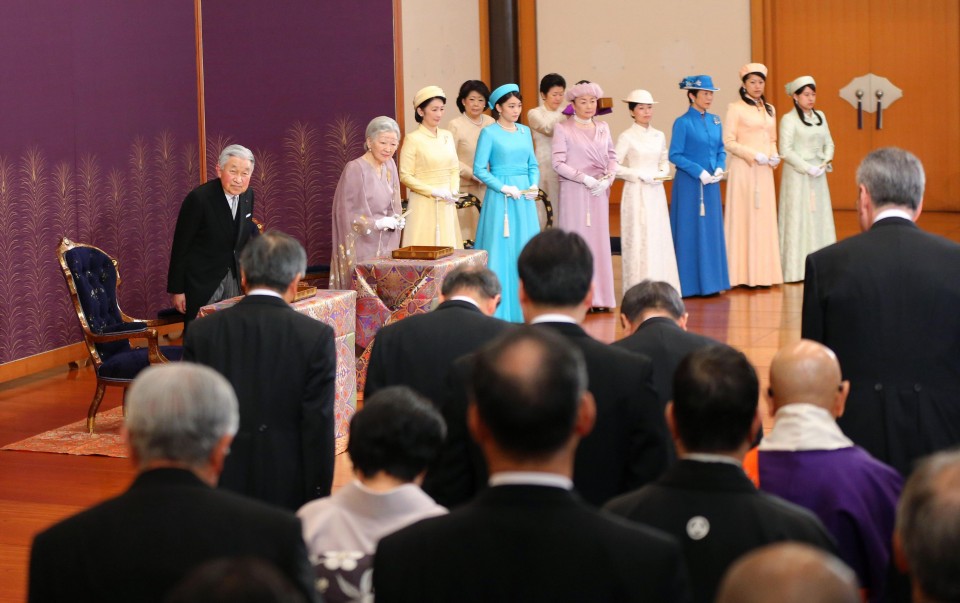 The English translation of the two poems was provided by the Imperial Household Agency.

In their poems, Crown Prince Naruhito and Crown Princess Masako expressed their thoughts about people affected by the March 2011 quake-tsunami disaster in northeastern Japan whom they met during their visit to Miyagi Prefecture in November.

Princess Mako, the eldest granddaughter of the emperor, made her last attendance at the reading as she is set to leave the imperial family upon her marriage to a commoner in November. She depicted her 2016 visit to Paraguay and her exchanges with Japanese and people of Japanese descent in the country.

Waka poetry was developed by the court aristocracy in the sixth century, and a "tanka" poem, which is typically synonymous with waka, consists of 31 syllables in a pattern of 5-7-5-7-7.

The theme for next year's New Year poetry reading is "hikari" which means "light," the agency said.