Baseball: Ex-major leaguer Aoki to return to Swallows for 2018 season

Norichika Aoki, who became a free agent after he was released by the New York Mets in late October, has agreed to return to the Yakult Swallows where he started his professional career, a source close to the matter said Tuesday.

According to the source, the 36-year-old Japanese outfielder will ink a three-year deal worth 1 billion yen (about $9.19 million) and join his new teammates at the Tokyo club's spring training site in Okinawa in the coming weeks.

Aoki was with the Mets for just two months, the journeyman having started his major league career with the Milwaukee Brewers in 2012, before playing for the Kansas City Royals, San Francisco Giants, Seattle Mariners, Houston Astros, Toronto Blue Jays and the Mets.

"We have high expectations of him overall," Yakult manager Junji Ogawa said.

In his sixth year in the majors, Aoki got his 2,000th career hit between Major League Baseball and Nippon Professional Baseball. But he split his season between three teams, hitting .277 with 93 hits, including five home runs, 35 RBIs and 10 stolen bases in 109 games. 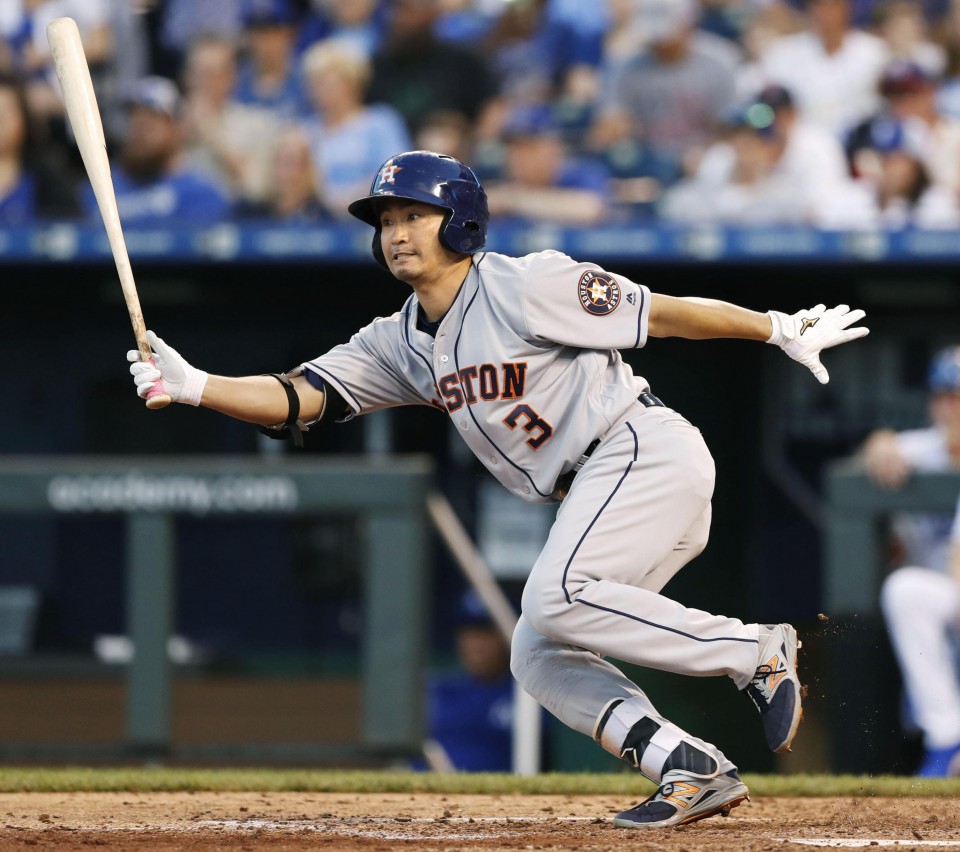 The Miyazaki Prefecture native joined the Swallows in 2004 from Waseda University and had two seasons in which he logged 200 hits -- in 2005 and 2010. After winning the Central League batting title three times, he moved to the majors via the posting system.

He made three appearances at the World Baseball Classic, a 16-team tournament sanctioned by the International Baseball Federation.