Tokyo held its first evacuation drill on Monday for local residents based on the scenario of a ballistic missile attack in its downtown area, amid the increasing threat posed by North Korea.

About 350 people took part in the exercise conducted at subway stations and an amusement park in Tokyo's Bunkyo Ward. Similar drills have been held across Japan in the wake of a recent series of North Korean missiles flying over the country.

After the government's J-Alert emergency advisory system gave notice of a missile launch in the drill, participants evacuated to underground facilities, such as Kasuga subway station, and other buildings under the guidance of police officers.

At the Bunkyo Ward office, people ducked and covered their heads with their hands while waiting for the imaginary missile to fly overhead.

Workers at the amusement park Tokyo Dome City Attractions adjacent to a ballpark suspended the operation of rides and other attractions after the missile launch announcement, urging visitors to go inside buildings. 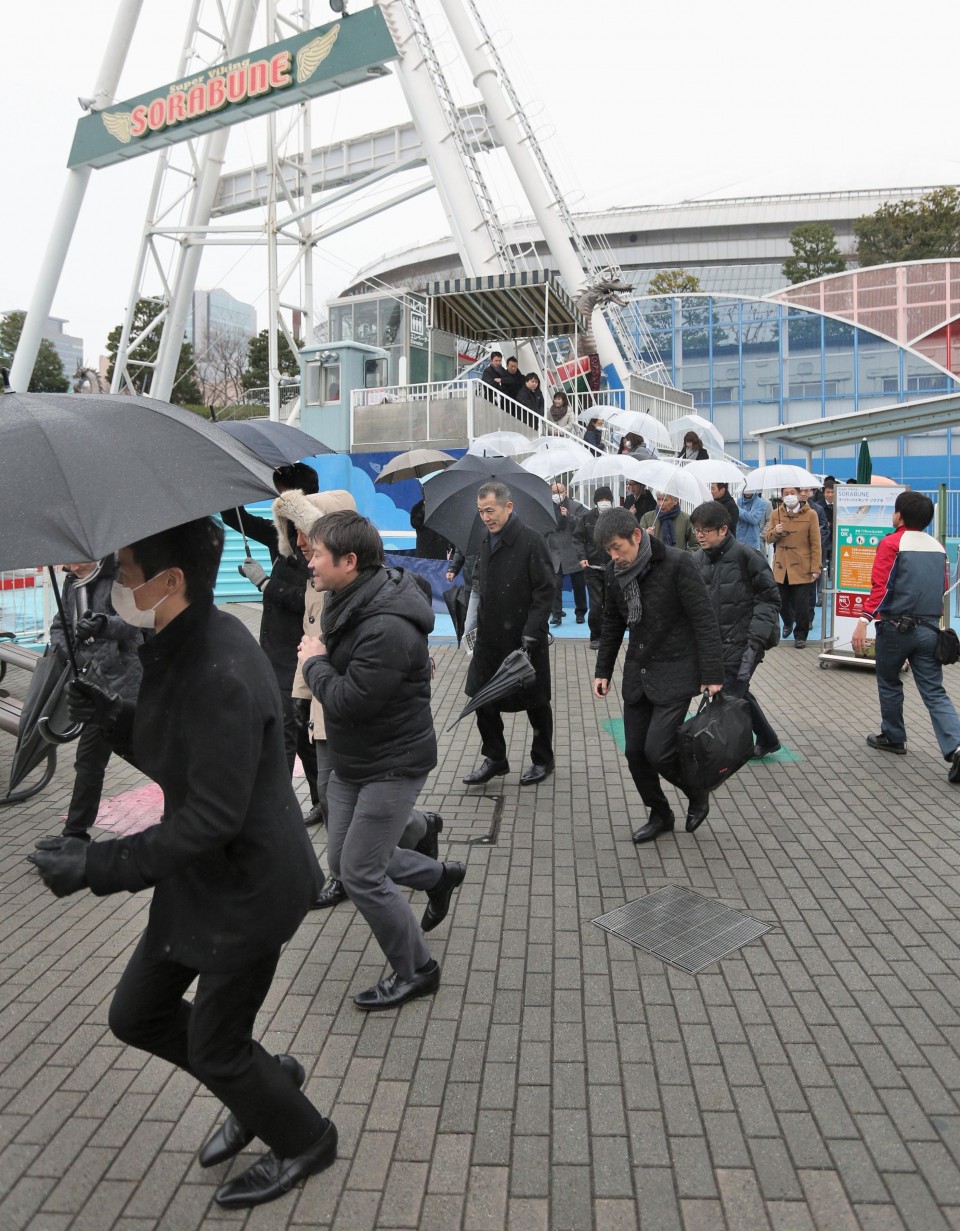 "The drill allowed people in an urban setting to have a specific image of how to react when a missile is launched," Hiroyuki Suenaga, a Cabinet Secretariat counselor, said after the exercise.

"Missiles will be launched suddenly and it is not clear whether the officials concerned will actually be able to respond to such events smoothly and without any confusion," said Kojiro Shinozaki, 77, a participant in the exercise. "So drills should be held repeatedly."

Meanwhile, some citizens staged a rally near the ward office, claiming such a drill was "meaningless" and could increase the chance of war.