More than 60 percent of people polled by Kyodo News over the weekend support the idea of allowing princesses to retain their place in the imperial family even after marriage as part of measures to address the shrinking Japanese royal family.

In the nationwide telephone survey conducted Saturday and Sunday, 61.3 percent said princesses should be allowed to establish branches of the imperial family after marrying commoners, while 26.0 percent opposed the idea.

While the number of imperial family members has declined, the Imperial House Law continues to stipulate that female members forfeit their royal status when they marry commoners.

It is believed that the issue of the shrinking imperial family needs to be tackled with a sense of urgency.

Currently Prince Hisahito, the 11-year-old son of Prince Akishino and Princess Kiko, is the only male in the generation of Emperor Akihito's grandchildren, and Princess Mako, the eldest granddaughter of the emperor, will leave the family following her planned marriage next November. 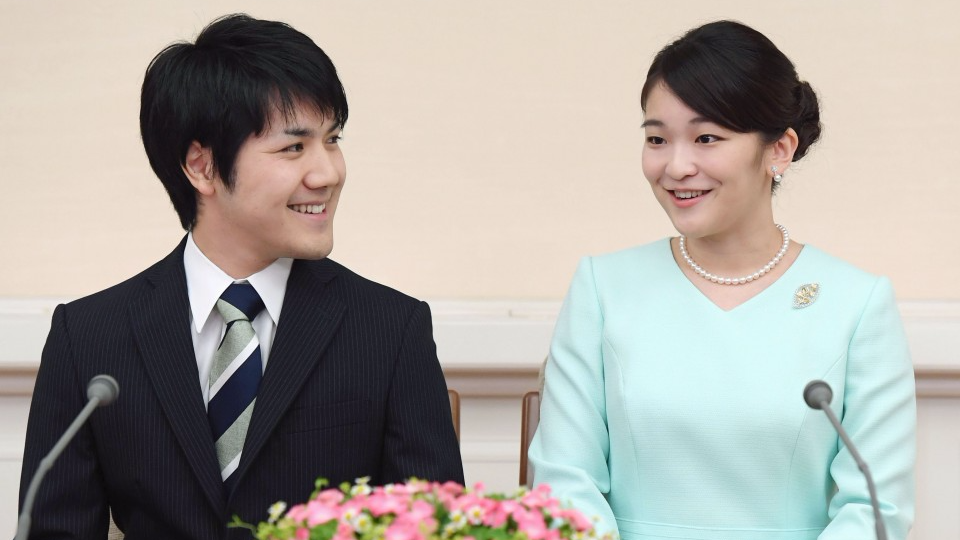 The survey also asked about the emperor's roles after his abdication in 2019.

More than half the respondents, or 54.4 percent, supported the "limited involvement" of the former emperor, or "joko" after he abdicates, in official duties which he conducted as emperor, while 39.8 percent said it is better the former emperor not be involved at all.

A special panel on imperial matters decided Friday that his abdication will take place on April 30, 2019, marking the nation's first succession from a living emperor in about 200 years, with Crown Prince Naruhito set to ascend the Chrysanthemum throne the following day.

The survey also showed that the approval rating for Prime Minister Shinzo Abe's Cabinet declined 2.3 points from last month to 47.2 percent, and 40.4 percent disapproved of its performance.

On how to respond to North Korea's development of nuclear weapons and ballistic missiles, 46.0 percent preferred intensifying pressure while 47.8 percent said it is essential to resolve the issue through dialogue.

Asked about the government's plan to make preschool education and day care services free, 68.8 percent said the priority should be reducing to zero the number of children on nursery school waiting lists.

Abe's Liberal Democratic Party fought the October general election with a campaign pledge to increase public spending to support child care and preschool education by redirecting some revenue designated to pay government debt when Japan raises the consumption tax in 2019.

The latest survey followed some developments that could put pressure on Abe's support rate.

Last month the Board of Audit of Japan said in a report to the Diet that the sale of state-owned land to a school operator with ties to Abe's wife had been heavily discounted because the price was not properly calculated, a finding that has prompted opposition lawmakers to grill Abe in parliament.

Of the respondents, 75.0 percent said Abe's explanations were not enough to clear the murkiness over the deal in which school operator Moritomo Gakuen purchased the land in Osaka Prefecture at around 14 percent of its appraisal value.

Wedding ceremony of Princess Mako to be held on Nov. 4 next year