A case of murder-suicide on the premises of a Tokyo shrine Thursday night in which three people died seems to have resulted from a long-standing feud between one of the victims and her brother over the Shinto priesthood, investigative sources said Friday.

Shigenaga Tomioka, 56, killed his wife Mariko, 49, and then himself after the couple ambushed and killed his 58-year-old sister Nagako, the chief priest at the Tomioka Hachimangu shrine. A samurai sword with an 80-centimeter blade, broken in the middle, was found near where Nagako was attacked. Another shorter sword and two survival knives were also found at the scene.

According to the sources, Nagako consulted with police in January 2002 over a family problem regarding the succession to the priesthood of the shrine established in 1627. Shigenaga was arrested in January 2006 on a blackmailing charge after sending Nagako a postcard that read, "I will send you to hell."

Shigenaga had served as the chief priest from March 1995 but the siblings' now deceased father returned to the post after the suspect resigned in May 2001 over money-related trouble, the shrine said.

Nagako had been acting as the chief priest since Tomioka Hachimangu left the Association of Shinto Shrines in September this year.

The departure followed a decision by the religious administrative organization overseeing about 80,000 shrines across Japan to reject the shrine's plan to name Nagako as its chief priest in line with her father's will, according to the shrine.

A man representing the shrine's followers told Kyodo News he received a phone call around July from an upset Shigenaga, who was crying and repeatedly complaining about his sister.

Shigenaga and Mariko are thought to have ambushed Nagako as she got out of a car in the grounds of the shrine in Tokyo's eastern ward of Koto.

Mariko chased the chauffeur of the shrine car, who also got out, to a spot in front of a supermarket about 100 meters away and slashed his right shoulder with a sword, leaving him with a non-life-threatening injury.

Shigenaga is then alleged to have stabbed his wife to death before committing suicide. 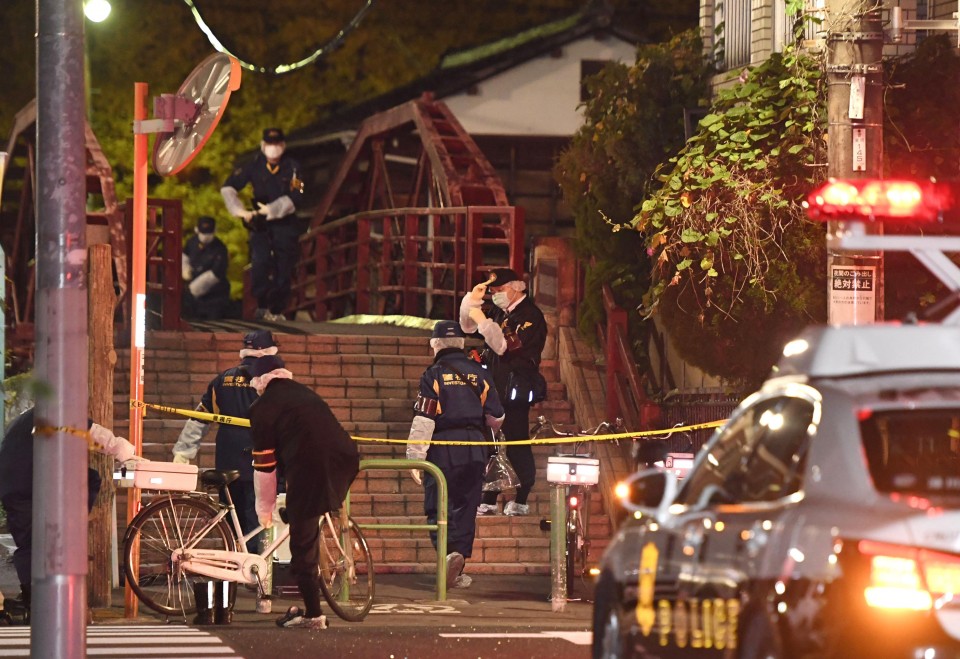