Subway commuting may be about to get easier for expectant mothers, with tests beginning Monday in Tokyo of a new system that will allow them to ask willing passengers via a chat app to give up their seats.

Tokyo Metro Co., Line Corp. and Dai Nippon Printing Co. are conducting the test on the subway's Ginza Line until Friday to check the feasibility of the service, which uses the Line messaging app and a system developed by Dai Nippon Printing.

The service is aimed at linking pregnant women with passengers who are willing to offer their seats for the women, but who "would not notice their existence because they are looking at their smartphones," the three companies said in a press release in November when they announced the plan. 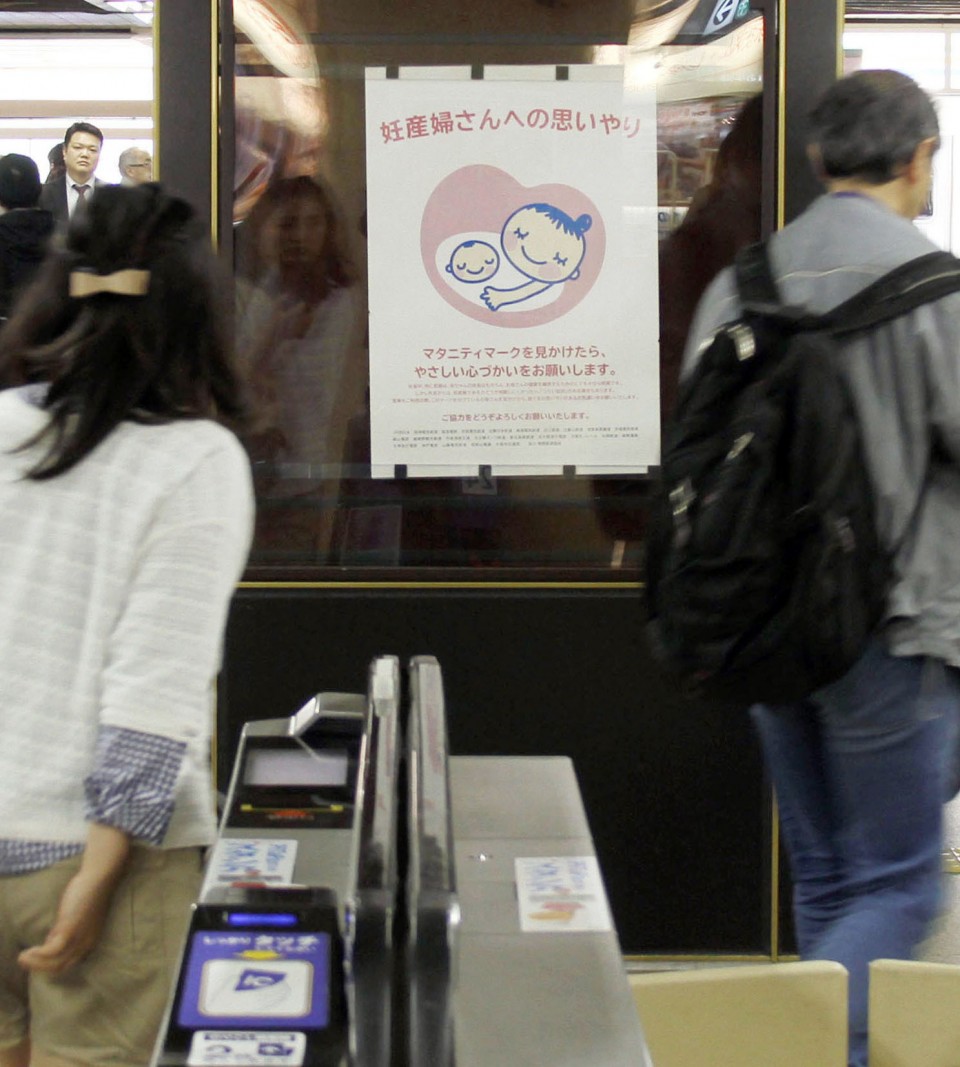 In the test, pregnant women can send a message to people who have pre-registered as their "supporters" on a special Line account. The message will reach only those who are nearby on the train and they can offer their seats by specifying their exact locations and letting the women approach them.

The development of the service comes at a time when Japan faces low birthrates combined with a rapidly aging population and is grappling with the need to create a more maternity-friendly society.

"By putting the service into practical use, we are aiming to create a system that is helpful for not only pregnant women but also for disabled and elderly people," said an official of Dai Nippon Printing.

The tests will be conducted in the last car of eight train services per day on the Ginza Line, which passes through central Tokyo, to check how well the system actually helps pregnant women get a seat.

The service developers are aiming to eventually create a system which allows pregnant women carrying a maternity-mark tag to send messages seeking a seat by just pressing the button of the tag, which has a signal-sending device inside.