Hopes of Japan's Yuzuru Hanyu becoming the first man in 66 years to repeat as Olympic figure skating champion suffered a blow Monday as the World No. 1 announced he would miss this week's national titles due to injury.

With the pain in his right ankle failing to subside, Hanyu's injury -- originally thought to be a sprain -- was found to involve both tendon and bone inflammation. According to an official source the damage, suffered on Nov. 9, is "much worse than expected," and has forced Hanyu to skip the national championships. 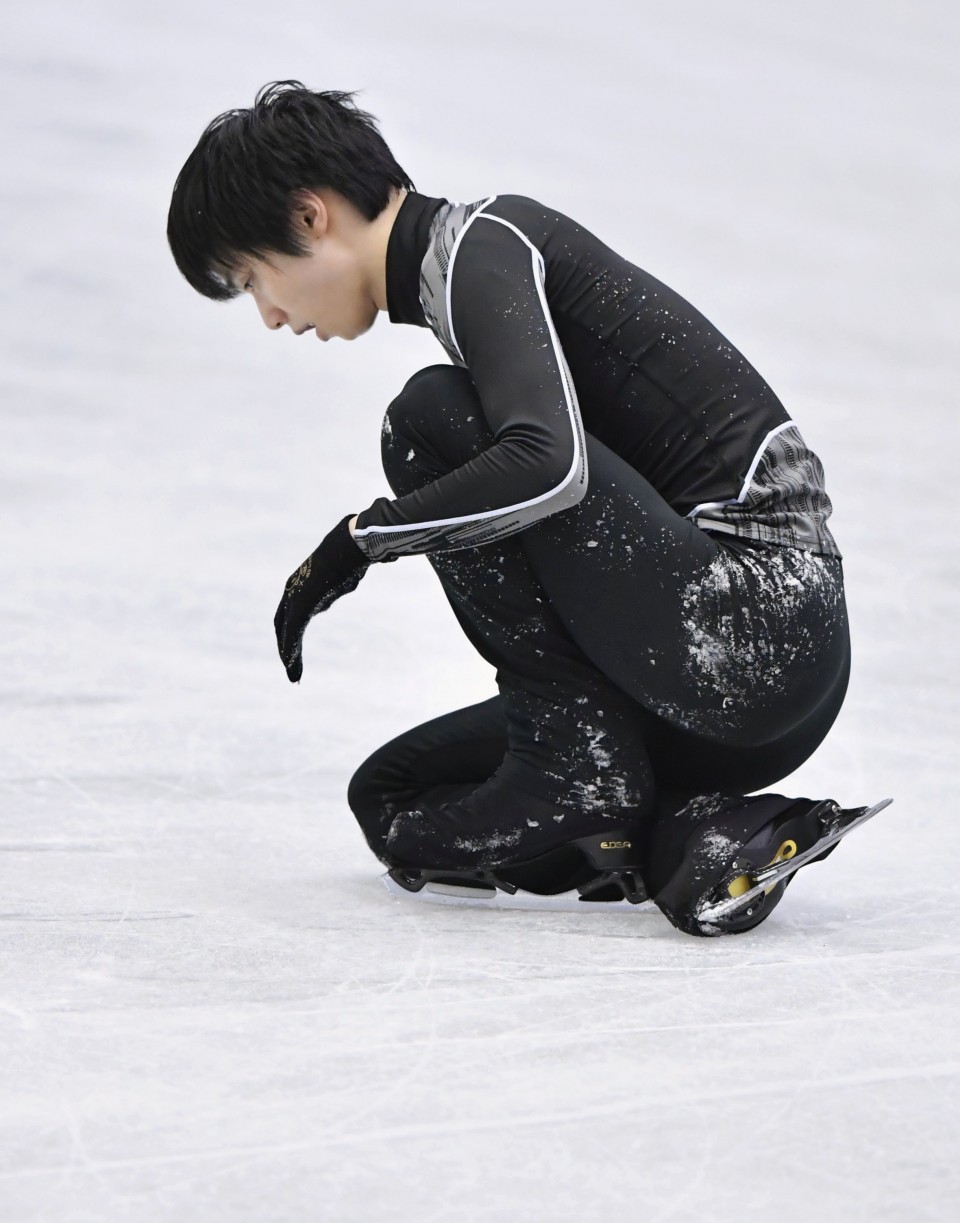 Although there is no question Hanyu will be named to the team for February's Pyeongchang Olympics, his fitness is in doubt. The right ankle, which he injured attempting to land a quad lutz in practice, is not yet sound, putting his training behind schedule and dulling his feel for competition.

Hanyu characteristically hates to lose, and a year ago he came back from injury to win his fourth straight Grand Prix Final title.

Although he was forced to abandon his bid for a fifth straight Final crown this year, the 23-year-old was reportedly going all out to compete at the nationals.

Those around him attempted to dissuade him, urging him to focus on the Olympics rather than the nationals, and he accepted the rationale.

Takeshi Honda, who finished fourth at the 2002 Salt Lake City Olympics, and included quad jumps in his repertoire, is not optimistic about Hanyu's future with the quad lutz.

"Even after he heals, I think this will affect him, and in some fashion may reoccur habitually," Honda said. "The priority has to be on his treatment and regaining complete fitness."

Even though Hanyu will practice skating while undergoing treatment and therapy, his lack of competition is bound to be an obstacle.

The Four Continents Figure Skating Championships in Taipei from Jan. 24 to 27 is an option for his return, but the distance from Hanyu's training base in Toronto makes it a difficult choice out of concern for his recovery time. More likely is a Feb. 9 return in the Olympic team figure skating competition as a buildup toward the men's short program on Feb. 16.

Hanyu uses his right foot to land the high-point-value quad lutz, and to take off on the quad loop, a jump he was the first to master in competition. However, in the 2015 Grand Prix Final he scored a record 330.43 points by flawlessly executing the lower-difficulty quad salchow and quad toe loop.

And though Hanyu can say, "I can be aggressive or conservative," in selecting his approach, the time remaining before the start of the Olympics is limited.