A former U.S. soldier who deserted to North Korea and later married a Japanese woman who had been abducted by the isolated state died Monday, aged 77.

Charles Jenkins, who married Hitomi Soga in 1980, died of arrhythmia, his supporters said Tuesday. The death of Jenkins, along with news that the 90-year-old mother of another abductee, Rumiko Masumoto, died on Tuesday, was a reminder of how years have passed with little progress on the abduction issue since Soga and four other Japanese citizens were repatriated in 2002. 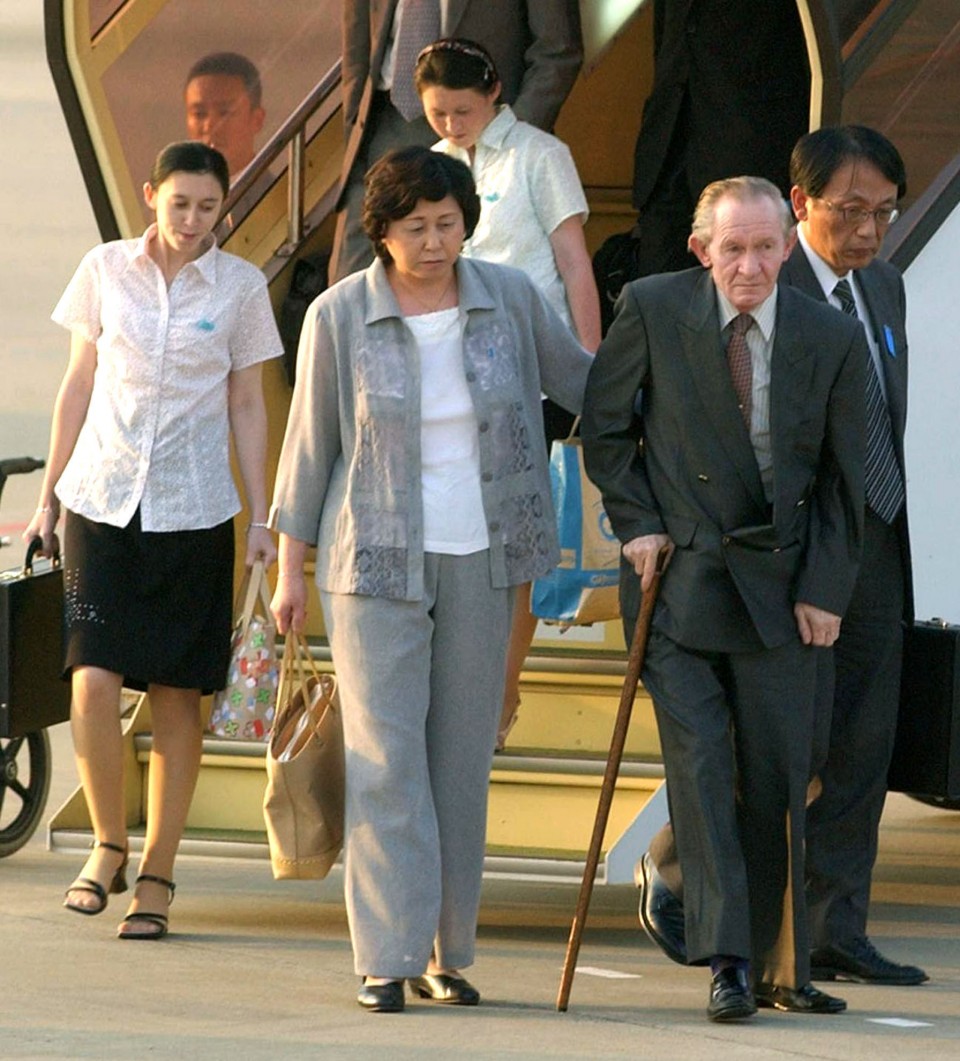 "It is extremely regrettable that we did not realize the return of even one other (abducted) victim after five came back to Japan," Chief Cabinet Secretary Yoshihide Suga said at a press conference.

Shigeo Iizuka, 79, who heads a group representing abductees' families, said, "Families waiting for the return of the abductees are getting weaker day by day. I want the Japanese government to take seriously the fact that time is passing without resolving the abduction issue."

Since 2004, Jenkins had lived in Soga's hometown of Sado in Niigata Prefecture with his wife and children. He said in an interview with Kyodo News in 2012 that he was happy living with his family on the Sea of Japan island and appreciated the freedom Japan offered.

He worked as a clerk at a souvenir shop in Sado and was often asked by tourists to take photos together, gaining popularity for his friendliness.

A North Carolina native and former U.S. Army sergeant, Jenkins deserted to North Korea in 1965. He came to know Soga as he taught English to her and the two got married in 1980.

Under a Japanese government arrangement, Jenkins came to Japan with the couple's two North Korean-born daughters -- Mika and Brinda -- after being reunited in Jakarta with Soga in July 2004.

In November 2004, a U.S. court-martial found Jenkins guilty of desertion and sentenced him to 30 days in prison. After being released early, he started his new life with his family in Sado in December that year.

Jenkins later regretted going to North Korea, believing it was the biggest mistake of his life, but said that meeting Soga changed his fortune.

People who knew him said he enjoyed his life in Japan and was always grateful for the support he had received from local people and the central government. "He liked Japanese sake (rice wine)," said Masaru Usuki, who has supported the Soga family.

When on holiday, Jenkins toured the island on his motorcycle. He was also seen to be blending into the community, growing vegetables and sharing them with his neighbors.

He had been getting weak in the legs recently, but had a hearty appetite and was looking forward to going to a local steak restaurant. But Jenkins collapsed in front of his home, according to his acquaintance, and died Monday.

"I'm very surprised because it came all of a sudden," Soga, 58, said in a statement. "I'm not myself. I can't think of anything now so I will release a comment after calming myself down."

Soga was abducted by North Korean agents and taken to the closed country in 1978. While the fate of her mother, who was abducted with her, remains unknown, Soga was repatriated in 2002 along with four other Japanese citizens after then North Korean leader Kim Jong Il met with then Prime Minister Junichiro Koizumi in Pyongyang and apologized for the abductions of Japanese citizens.

The Japanese government officially lists 17 citizens, including the five who were repatriated, as having been abducted by North Korean agents in the 1970s and 1980s, and suspects Pyongyang's involvement in other disappearances of Japanese nationals.

It is believed those abducted were used to help train North Korean agents in Japanese language and culture.

Pyongyang claims that eight of the abductees have died and that the other four, including Soga's mother, never entered the country.

Rumiko Masumoto, who went missing in 1978 in Kagoshima Prefecture, was one of two abductees that North Korea claimed died of heart failure. But her mother Nobuko Masumoto had pressed the Japanese government to investigate the issue and rescue her daughter, whom she believed to still be alive in North Korea.

Nobuko Masumoto died of cardiac arrest in a hospital in the southwestern Japanese prefecture on Tuesday, according to her family.

Fumiko Hirano, the eldest daughter, said, "If only we could have been able to tell her that her (second-eldest) daughter would come back, she might have cheered up."

Hirano, 67, recalled her mother campaigning by collecting signatures to resolve the abduction issue, even though she was sometimes cursed at by local residents who initially did not believe in the North Korean abduction.