"Regarding the issue of Rakhine State, I stated my concerns over human rights and humanitarian situations," Abe said at a joint press conference with Kyaw.

The premier said he told the Myanmar president that it is important to show the world that the Southeast Asian country is making efforts to improve the situation, adding that "Japan will continue to support the Myanmar government's efforts to realize peace and stability in Rakhine State." 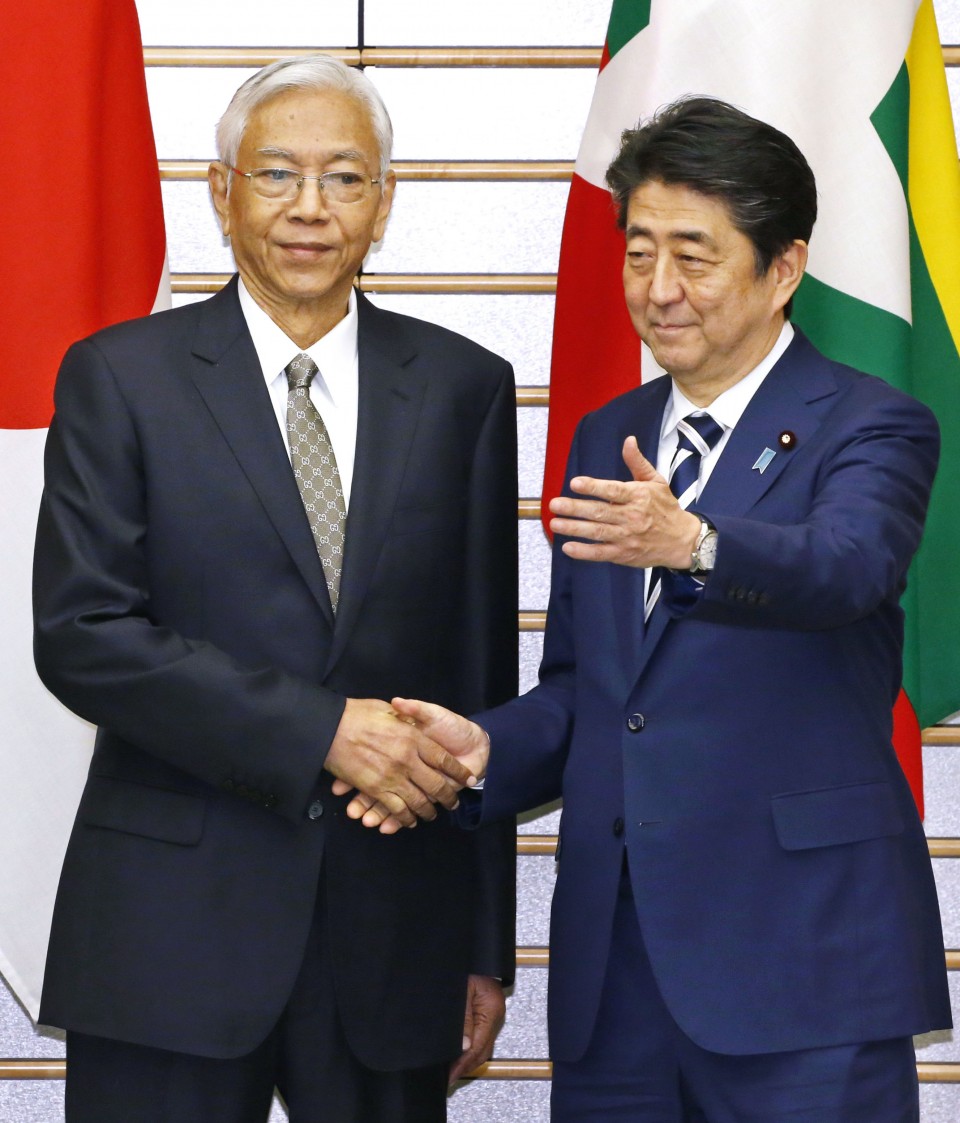 According to a U.N. estimate, more than 600,000 Rohingya refugees have fled the state in the far west of the predominantly Buddhist country to neighboring Bangladesh since late August, when violence erupted between Rohingya insurgents and Myanmar security forces, prompting a harsh crackdown.

Myanmar authorities have said the military operation was aimed only at restoring stability and preventing terrorism.

However, fleeing Rohingya have told of atrocities committed by security forces including pack rape, execution-style killings and the razing of villages, leading the United Nations to claim that the situation in Rakhine appears to be "a textbook example of ethnic cleansing."

Abe vowed to cooperate in building infrastructure in the state such as constructing roads and schools financed by Japanese loans and grant aid which Tokyo already announced it would provide to Myanmar.

Abe announced fresh support for infrastructure projects aimed at promoting the development of Yangon, the largest city in Myanmar.

The president is visiting Japan to attend an international forum on achieving universal health coverage.