Eleven years before Shohei Ohtani captured the attention of American baseball fans by agreeing to a minor league deal, Takashi Saito walked the same path, but with none of the fanfare.

Cast off by the Yokohama (now DeNA) BayStars, the right-hander won a spring training invite in his bid to sample major league competition before retiring. Although he failed to win a job on the Los Angeles Dodgers' Opening Day roster at the age of 36, Saito finished 2006 as the club's closer and made the National League All-Star team the following season.

Now a Pacific Rim adviser for the San Diego Padres, Saito spoke last week about the challenges facing Japanese pitchers moving to the majors, and touched on the issues surrounding Ohtani, whom he tried to recruit for the Padres.

Instead of going to San Diego, which has a large Japanese presence in its front office, Ohtani chose the Los Angeles Angels.

"It was a disappointment. I didn't imagine (him picking the Angels)," Saito told Kyodo News at the baseball winter meetings in Florida. "But it was his choice. We have to focus on our next opportunity."

Ohtani is news not only because he is the first player to both bat and pitch in Japan at an elite level but because he aims to do both in the majors -- something no one has done since Babe Ruth in 1918.

"He's actually aspiring to do both," Saito said. "They're going to let him try it, and then it's up to him. He did it in Japan, but that was Japan. In America it's going to be harder."

"Still, he has experience doing it. It's possible that he's really going to surprise people." 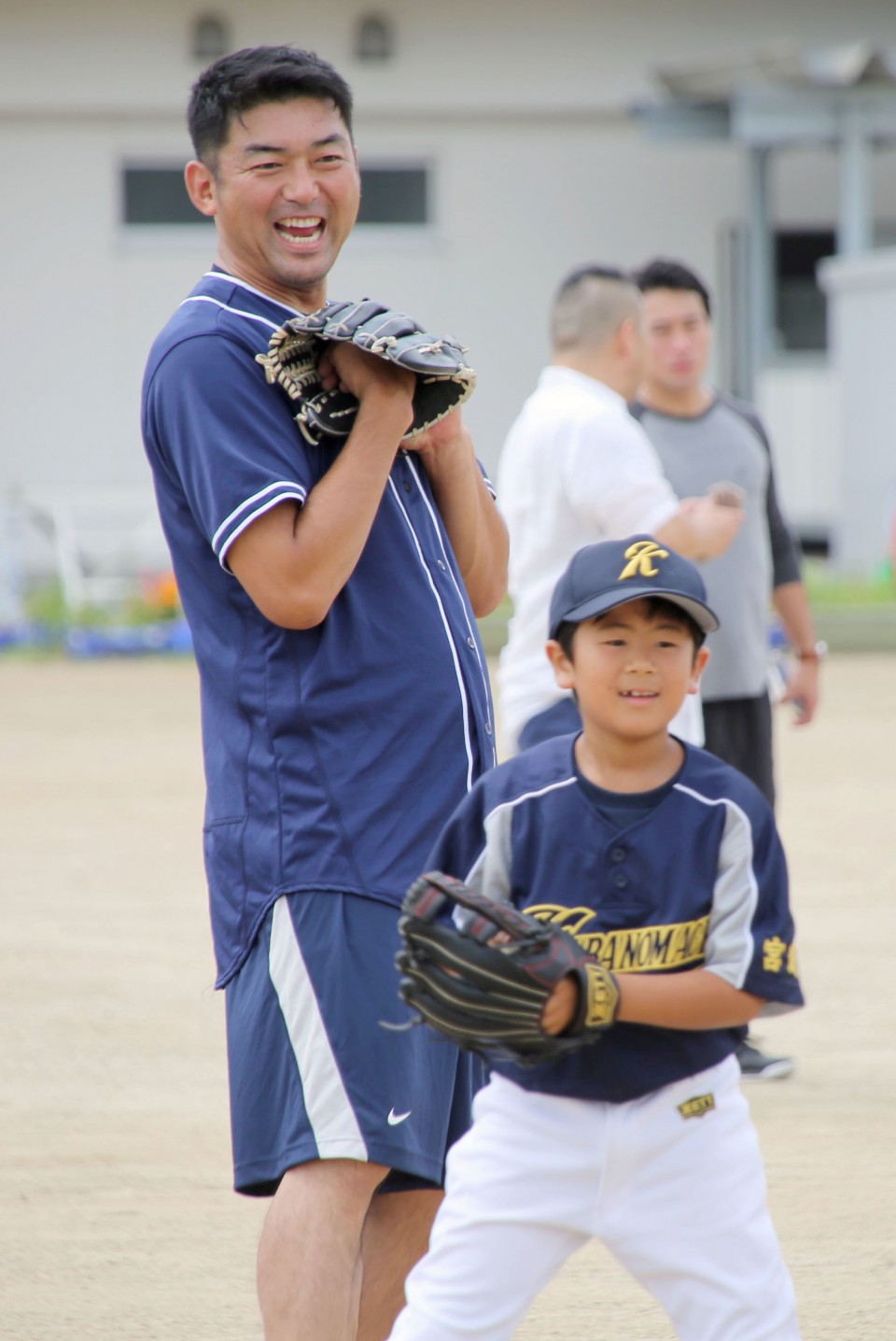 Saito, too, took everyone by surprise, by having major league value after struggling for three straight seasons in Yokohama. In 1995, he had watched in wonder as Hideo Nomo shined in his debut season, bouncing back from the worst year of his five-year career in Japan.

"Nomo was amazing. The majors were like a dream world," Saito said. "You'd watch on TV, feeling it was something that could never become a reality for you."

"(After Nomo) I began to think I ought to at least try it once before I finished. I didn't have confidence at all that I could throw as a major leaguer. And of course, there was no guarantee I would be promoted to the majors (when I did sign)."

The transition is not an easy one, Saito said, requiring getting used to a larger ball with a drier cover that is harder to grip. And though he didn't make the Dodgers' roster to start the season, a spot for him opened up when closer Eric Gagne was hurt within two days of Opening Day.

"You never know what is going to happen, so being prepared for different possibilities is so important," Saito said. "That lesson really hit home. Really, so many things happened that year, 2006, that it was simply amazing. That year was one of the treasures of my life."

"As I now look back on those memories, it was valuable for my career and for my life. It was a life-enriching experience overall," Saito said. "That experience has been very valuable since I retired, too."

Saito, who began working with the Padres as a front office intern in 2015, had an up-and-down career in the majors, saving 84 games and overcoming injuries to play for five different teams over seven years before returning to Japan. Before retiring in 2014, Saito helped the Rakuten Eagles to their first Japan Series victory in 2013.

Ohtani may be the big news in the States this year but he is not the only Japanese player eager to test the waters in the majors. Orix Buffaloes closer Yoshihisa Hirano, Lotte Marines starter Hideaki Wakui and Seibu Lions submariner Kazuhisa Makita are all trying to make the jump on the downward slope of their careers.