Japan captain Michael Leitch saved a 27-22 Japan Top League win for Toshiba Brave Lupus on Sunday by stealing a turnover with Yamaha Jubilo pressing for a game-tying try after the hooter.

Toshiba took a 14-7 lead in to the break but barely survived a chaotic second half in which Jubilo applied consistent -- if indisciplined -- pressure. After a 37th-minute Ayumu Goromaru penalty brought Yamaha within five, Jubilo was marching downfield only to be stopped by a one-on-one tackle from Lietch, who collected the ball to seal the victory.

"Battling to keep the ball was No. 1," Leitch said. "Even in the scrums we asserted ourselves." 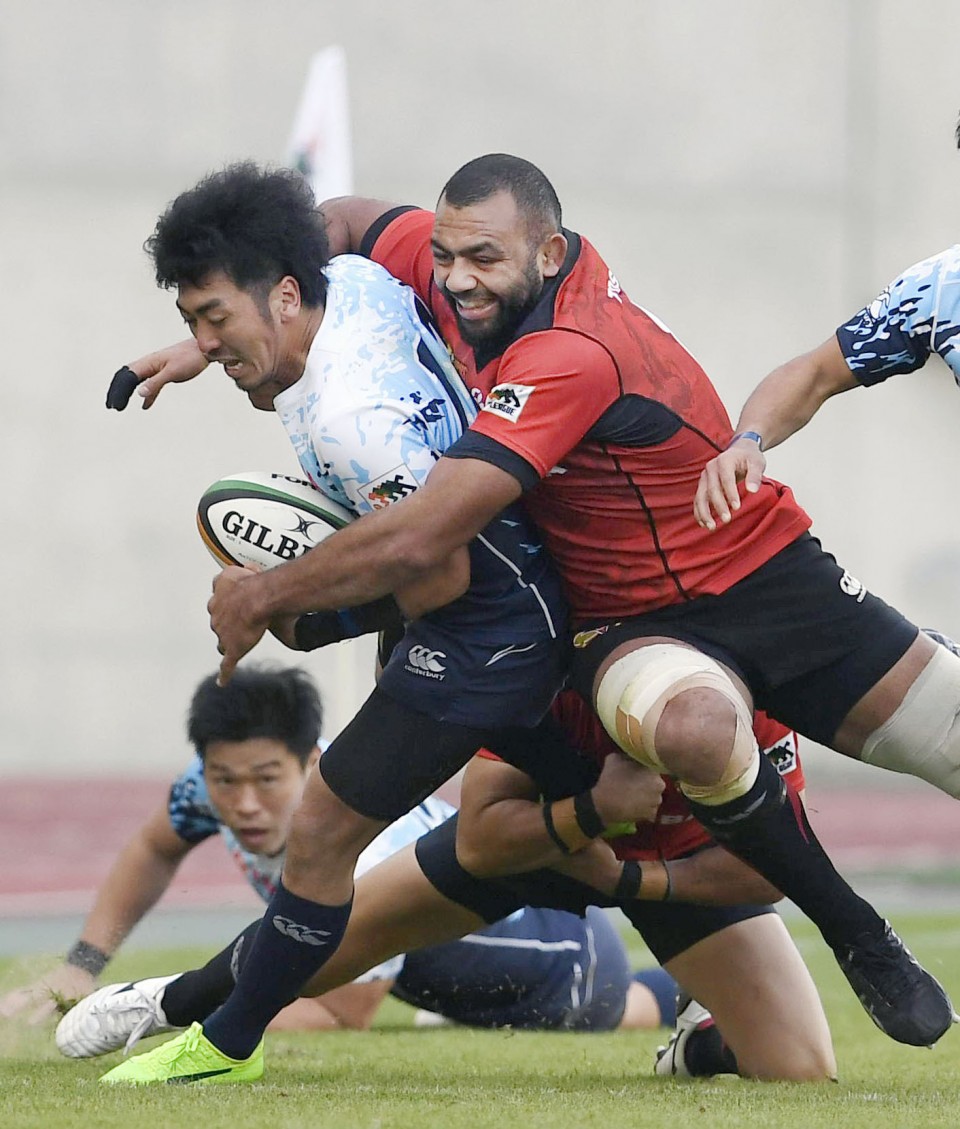 In a "home" game at Osaka's Yanmar Stadium, Yuki Yatomi opened the scoring for the hosts in the sixth minute with his fifth try of the season. Goromaru added the extras but Toshiba answered back with two tries, captain and man-of-the-match Richard Kahui crossing in the 27th minute and Keita Fujiwara six minutes later -- both tries converted by Coenraad Van Wyk.

The Brave Lupus appeared to put the game away in the opening minutes of the second half, when Van Wyk converted Shohei Toyoshima's 43rd-minute try to make it 21-7.

But playing their first league game after a five-week break, neither team looked very convincing in the second half. Van Wyk was sin-binned in the 48th minute for dangerous play and Jubilo responded with a well-worked 50th-minute try that Takeshi Hino finished with a nice run only for Goromaru to miss a routine conversion.

With a man-advantage, huge Duke Krishnan was wearing down the Brave Lupus defense, but Jubilo always seemed to fall one phase short of taking control as both sides lost their shape and poor passes and penalties became the norm.

Toshiba's Takahiro Ogawa kicked penalties on either side of a converted Yuhimaru Mimura try in the 65th minute. After Goromaru's last penalty, Jubilo wasted several opportunities to narrow the gap, the last when Chikara Ito's probing run died in Lietch's grasp and with it a chance for victory.

"We have been practicing for a month now with our sole focus on beating Yamaha," Brave Lupus manager Tomohiro Segawa said.

In the White Conference, Panasonic Wild Knights crushed NEC Green Rockets 54-5 to improve to a perfect 10-0 on the season and remain top with 49 points. Jubilo are second with 36, Ricoh Black Rams third with 34 and Green Rockets fourth with 21.