A giant panda cub made her full debut at Japan's oldest zoo in Tokyo on Tuesday, greeted by lucky visitors who obtained tickets in a competitive lottery.

Ticket holders waited in the cold for over an hour before the zoo opened for the 9:45 a.m. exhibition of Xiang Xiang, the first panda born to a resident mother at the zoo to be publicly exhibited in nearly 30 years.

Xiang Xiang was one of only two pandas born in captivity this year, the other being born in France, according to an official of the zoo, which is formally called Ueno Zoological Gardens.

Harumi Akimoto, 64, from Kanagawa Prefecture, near Tokyo, was excited after she saw the panda with her three grandchildren.

Akimoto was among around 1,400 visitors, some some of whom panda ears and dressed in black and white, to go into the panda building Tuesday.

"None of us has ever seen a baby panda before," Akimoto said.

"She was really cute. She was a lot pinker than I expected," said Akimoto's 8-year-old grandson. 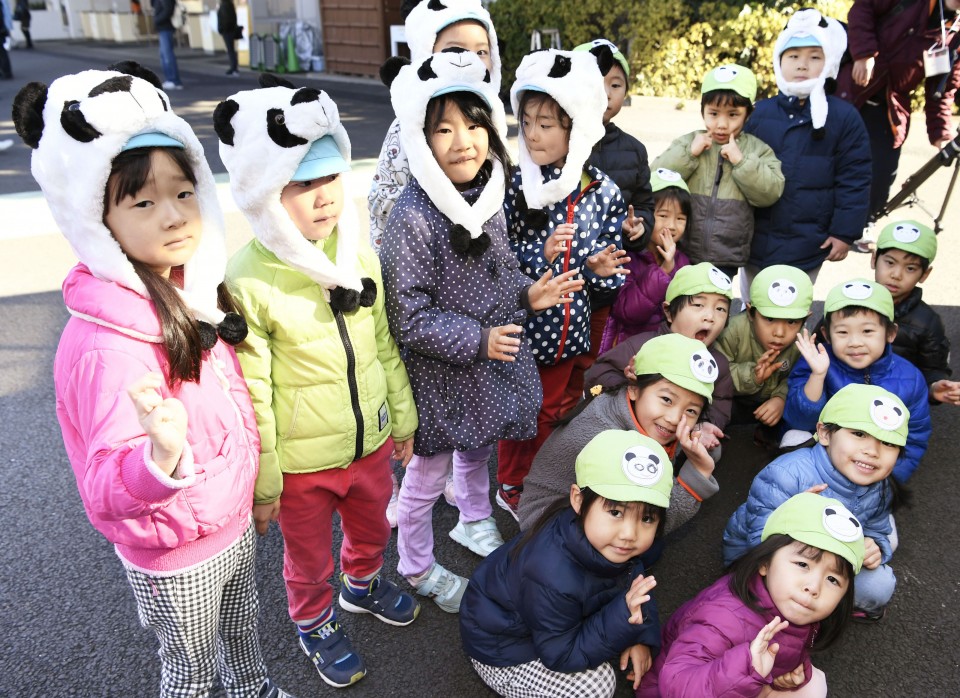 Lottery winners spent roughly two minutes each watching the 6-month-old Xiang Xiang and mother Shin Shin in a special enclosure, which contains a tree for the cub to climb and plenty of bamboo grass for her mother to eat.

Pandas have celebrity status in Japan, with panda-themed merchandise, books and food prominent in Tokyo since Xiang Xiang, whose Chinese character means "fragrance," was born in June.

Xiang Xiang was born to Shin Shin and father Ri Ri on June 12 and has grown from 147 grams to over 12 kilograms at the zoo founded in 1882. The last giant panda baby born and exhibited at the zoo was You You in 1988.

"We wanted to see Xiang Xiang on the first day of the exhibition no matter what," Aya Shimizu, 33, from Fujimi, Saitama Prefecture, said holding her 6-month-old son.

As her baby boy was born at almost the same time as Xiang Xiang, Shimizu said she has compared the rise in the panda's weight with his as they grow up.

China gifted pandas to Japan in 1972, when bilateral ties were normalized, and has leased them subsequently.

Next came Ling Ling and Shuang Shuang in 1992 and 2003 respectively, who bore no cubs.

Shin Shin and Ri Ri arrived in Tokyo from China in 2011 on a 10-year loan. A cub was born to them in 2012 but died after six days, making Xiang Xiang the first baby giant panda born at the zoo in five years. 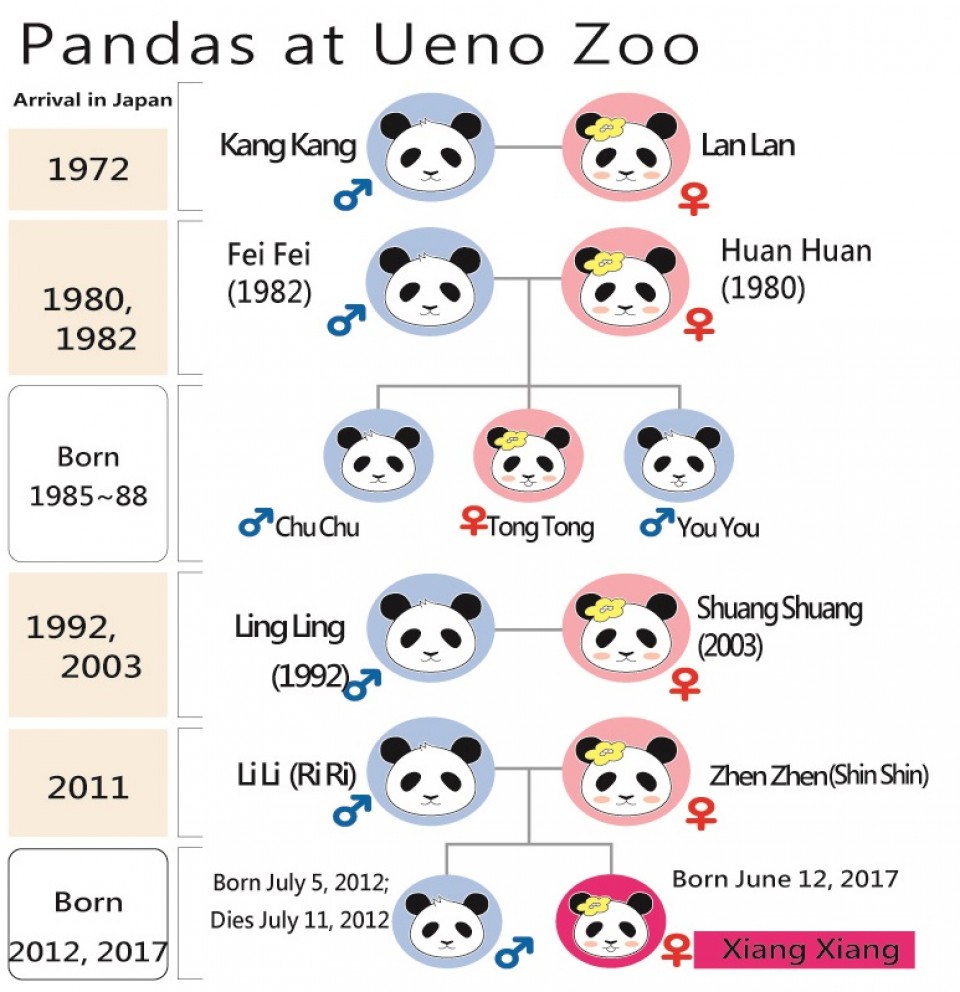 Due to high demand for tickets, the zoo conducted a lottery to allocate times for up to 2,000 visitors per day. The cub will be on display for two-and-a-half hours each day until Jan. 31, with the zoo restricting numbers to avoid overwhelming Xiang Xiang until she becomes accustomed to the new routine.

The zoo installed a live video feed inside Xiang Xiang's enclosure so that those who miss out can still see what the zoo's newest star is up to.