A biography of renowned British author Angela Carter sheds new light on the influence Japan had on her writing while also detailing the role she played as a mentor to Nobel Literature Prize Laureate Kazuo Ishiguro.

Carter, an acclaimed author of feminist and magical realist fiction from the 1960s until her early death from lung cancer in 1992, was named in 2008 as the 10th greatest postwar British writer by The Times newspaper, a list that also included Ishiguro at 32nd and "Harry Potter" creator J.K. Rowling at 42nd. 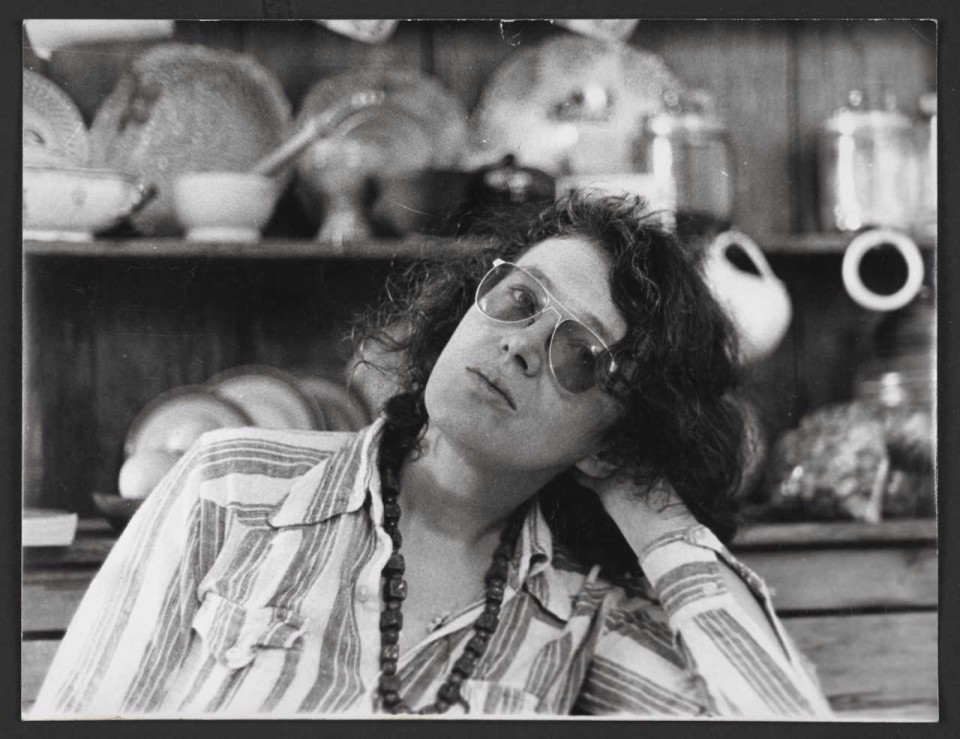 Later in her career, she took up a post teaching creative writing at East Anglia University in Norwich, Britain, where she oversaw Ishiguro, according to Edmund Gordon, author of the biography titled "The Invention of Angela Carter."

"They went from a teacher-student relationship to being friends. She was incredibly supportive of him from the beginning," Gordon said in a recent interview with Kyodo News. "They did not always have the same ideas about writing, but they had a lot of respect for each other's work."

"They did certainly talk about Japan, about Japanese literature and cinema a lot. They were both huge film buffs."

Gordon said Carter showed him the importance of individuality and not worrying about literary trends. Carter taught Ishiguro about structure, or "the nuts and bolts," and how to deal with suspense in his first novel, he said.

"Certainly, he saw her as the senior writer, but he became very quickly more commercially successful than she did. By his second novel he was getting larger advances than she ever did," Gordon said.

In 1969, Carter escaped her failing marriage by using money from a prestigious literary award to travel to Japan, where she lived periodically for the next few years. It "completely changed her as an artist, as a writer, as a person," according to Gordon.

At a time when few British people traveled to Japan, Gordon offers several reasons for her choice of destination.

"I think she was very interested in the culture. She loved Japanese literature; she thought Junichiro Tanizaki was one of the world's great novelists," Gordon said, adding that being in a place very different from Britain was also alluring.

Carter wrote to a friend that Tokyo was "probably the most absolutely non-boring city in the world." In the biography, Gordon recounts how she found the city on the cusp of immense change, offering dazzling neon and vending machines against a backdrop of reeking sewers and cranes towering over low-rise buildings.

She began a relationship with Japanese writer Sozo Araki and they lived together in Tokyo and, for one winter, at a beach house in Kujukuri, Chiba Prefecture.

Her experiences in Japan feature in her work both directly and indirectly.

"Fireworks" is a collection of short stories where accounts of her time in Japan are weaved around fictionalized, often disturbing tales, and she also wrote nonfiction essays about the author Yukio Mishima, fertility festivals and other elements of Japanese culture.

Despite multiple attempts to learn Japanese, Carter never succeeded. "She said it was a great thing having to interpret the language purely through its visual aspect," Gordon said. "Before she went to Japan her cultural criticism was well written but not particularly intellectually bold, and it becomes much more (so)."

Carter's feminism was informed by the sexism she witnessed in Japan. "She found it was an incredibly repressed culture, and an incredibly misogynistic culture," said Gordon.

Carter moved back to Britain in 1972, her relationship with Araki having broken down, and visited Japan only once more in her life for a publicity tour in 1974.

"She was very disillusioned by (Japan) when she returned," said Gordon. "She felt all the traditional buildings she had loved had been replaced by high-rise office blocks and love hotels."

While Japan left a lasting impression on Carter's life and work, Gordon emphasized moving anywhere would have resulted in some form of liberation, although perhaps with different outcomes.

"She had lived quite a closeted life until then... she felt very constrained by her husband, and then finally she was living entirely on her own terms," said Gordon. "I think a change, a sense of artistic freedom, would have happened no matter where she went."

Although Carter had become an established and successful author by the 1980s, she never experienced the levels of fame of many of her male contemporaries.

Her work has been cited as an influence by a huge range of British writers including Salman Rushdie, author of "Midnight's Children" and "The Satanic Verses," and David Mitchell, who has also lived in Japan and set his novel "The Thousand Autumns of Jacob de Zoet" in Nagasaki at the turn of the 19th century.

"She's one of the few genuine intellectual authors among British novelists," Gordon said. "Funny, brave, and unconstrained, (is how) I would describe her."