When the Cuddalore district in the South Indian state of Tamil Nadu was devastated by a massive tsunami on Dec. 26, 2004, many lives were lost -- and even more lives were changed forever.

For a group of girls from impoverished families studying at a local government school, the way forward seems made for a Bollywood film, its plot a cross between Slum Dog Millionaire and Bend It Like Beckam. 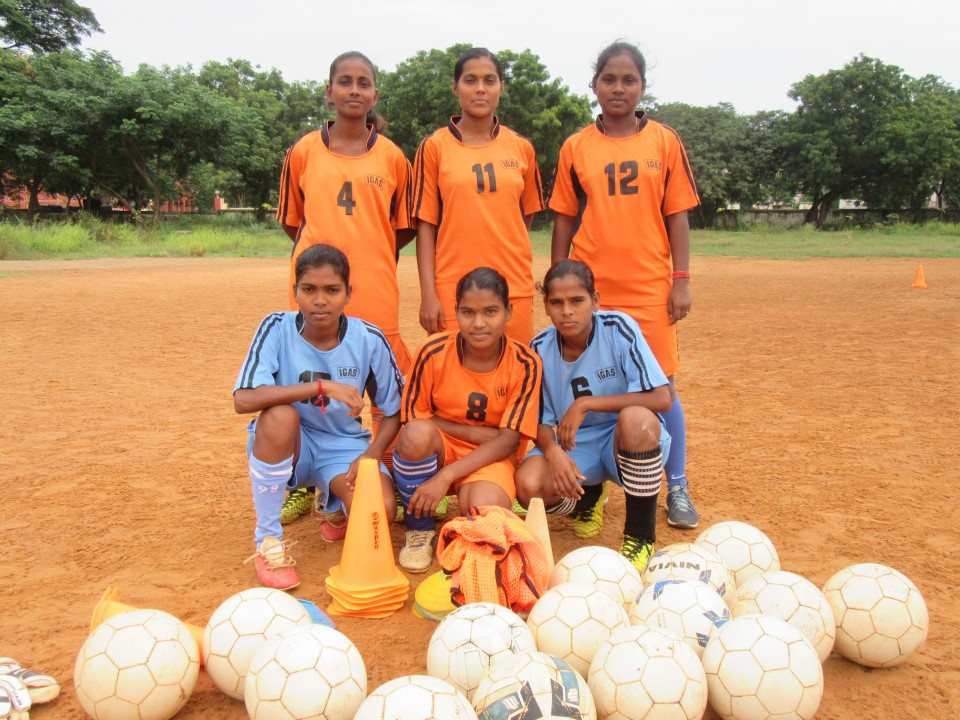 What kept them moving on was the sport of soccer, and their coach Subramanian Mariappan, a retired school headmaster. On the 13th anniversary of the tsunami, this group is celebrated for producing a corps of athletes who now play on the national women's soccer team, representing India at competitions like the South Asian football games.

Mariappan was the physical education teacher at a government school in Cuddalore, where he coached the boy's soccer team, when some girls asked to play as well.

"These girls used to peek from the classroom windows while I trained the boys. I was a very strict teacher and nobody dared to talk to me, but one day some of the girls approached me saying that they also wanted to play this sport," recalls Mariappan, now 64.

But in the wake of the 2004 tsunami, Mariappan took responsibility for not only training a big group of girls from poor families in soccer, but even supporting them as his own family members.

Many of the girls were orphaned when the 2004 tsunami struck Cuddalore, located on the coast of the Bay of Bengal about 20 kilometers south of Puducherry, the former French colonial settlement known as Pondicherry.

It's believed the name Cuddalore comes from the Tamil word "koodalur," meaning confluence, which explains why the damage there was so severe from the tsunami triggered by a massive 9.1 magnitude earthquake hours earlier off the west coast of Sumatra, Indonesia.

The earthquake was one of the largest ever recorded, and the tsunami it created swept away entire communities around the Indian Ocean, including along the southern coast of India and the nearby island nation of Sri Lanka.

The town of Cuddalore is straddled by two rivers, the Then Pennai and the Gadilam, providing natural pathways for the tsunami to penetrate far inland.

After the tsunami, the girls lived at a government home for the poor, but could only stay there through the senior secondary grade of school, or grades 11 and 12 when students are typically 16 to 17-year-olds.

"Their dedication to football (as soccer is called in the former British colony) motivated me to take responsibility for them," Mariappan recalls matter-of-factly.

"I used to spend all my salary on them. Now after retirement, I receive a pension somewhere around $457, which helps me take care of them."

And there were others around Cuddalore who also stepped up to take care of the 33 girls.

Father Ratchagar and Father Peter Rajendran of St. Joseph's Art and Science College, Cuddalore, saw to their education by arranging admission to the college upon graduation from the government school.

And Durai Srinivasan, the owner of a small restaurant in Cuddalore, has provided food. "Without any break, Srinivasan has been serving dinner to my girls which includes two eggs for the extra hard work on the football ground," said Mariappan, inadvertantly acknowledging the dire circumstances the girls might otherwise have faced.

Come rain or shine, 365 days a year, the 33 girls and women that Mariappan coaches train and practice at least two hours a day at Anna stadium in Cuddalore. 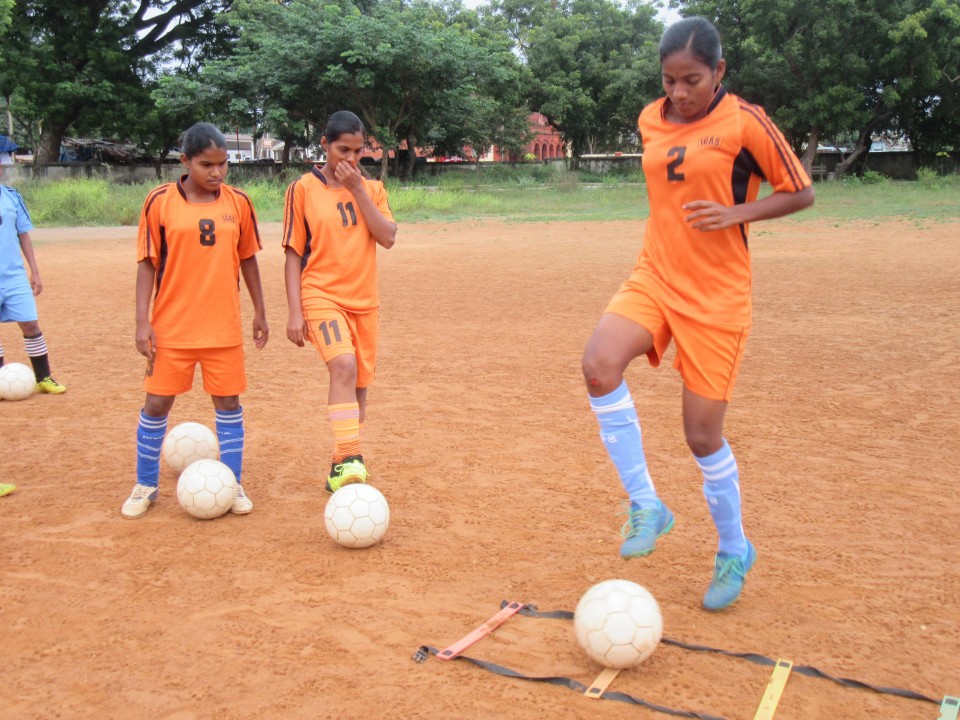 But many of those 33 athletes now play in games a long way from Cuddalore, and on a much grander stage. Some played for India at the South Asian football games in 2015 in Peshawar, Pakistan, and for the team that won gold at the same games in 2016 in West Bengal. Twenty-two have played for the Tamil Nadu state women's team, and 11 for the country.

And Mariappan's girls have not only made mark in football.

"Today out of these 33 players, seven have joined the police department while others are progressing in their education," says the retired teacher called "appa," meaning father, by the girls.

K Sumithra, the team captain, is a researcher at St. Joseph's Art and Science College in Cuddalore.

"The tsunami took everything precious from our lives, but he came forward and helped us. He is the true rescuer," said the 23-year-old.

In typical understatement, Mariappan has a simpler explanation for all that he's done.

"From the beginning football has been my world, and I want the same for these girls. That was the main reason to start with them 13 years back."