Four days after landing the prize of the offseason, the Los Angeles Angels' general manager said Tuesday his club found "connectivity" with slugging pitcher Shohei Ohtani through a player-oriented approach.

"Interestingly enough, our (recruitment) process was our talking about our process, and giving him the best sense of what life would be like if he were to join our organization," Billy Eppler told Kyodo News at the annual baseball winter meetings.

"We really tried to take the approach of letting him understand a look at the Angels through the eyes of one of our players. That's the angle we took, letting him know exactly what would be put on his plate in all aspects, whether that's on the field, in the clubhouse, in the weight room, whether that's at home. We tried to show him the connectivity between (aspects) of that world that he will now embark on full time."

After their in-person pitch to Ohtani, the Angels waited and were told later in the week that the decision might come soon, but Eppler said he had no idea how soon.

"I was surprised. I was stunned because it was so quick," he said. "We were told that it could be within one or two days and if not then, after the winter meetings."

Eppler said that within an hour and a half, he received another call from Ohtani's agent and thought it was another follow-up question such as those Ohtani had asked at their meeting.

"'Why's he calling again,' I thought," Eppler said. "He (the agent) said, 'There's one thing I forgot to tell you last time. Shohei Ohtani wants to be an Angel.'"

Five years ago, the Nippon Ham Fighters of Japan's Pacific League lured Ohtani away from a minor-league apprenticeship in the United States with a promise to nurture both his hitting and pitching. By doing both at a high level within Nippon Professional Baseball, Ohtani has already accomplished what no one thought possible. 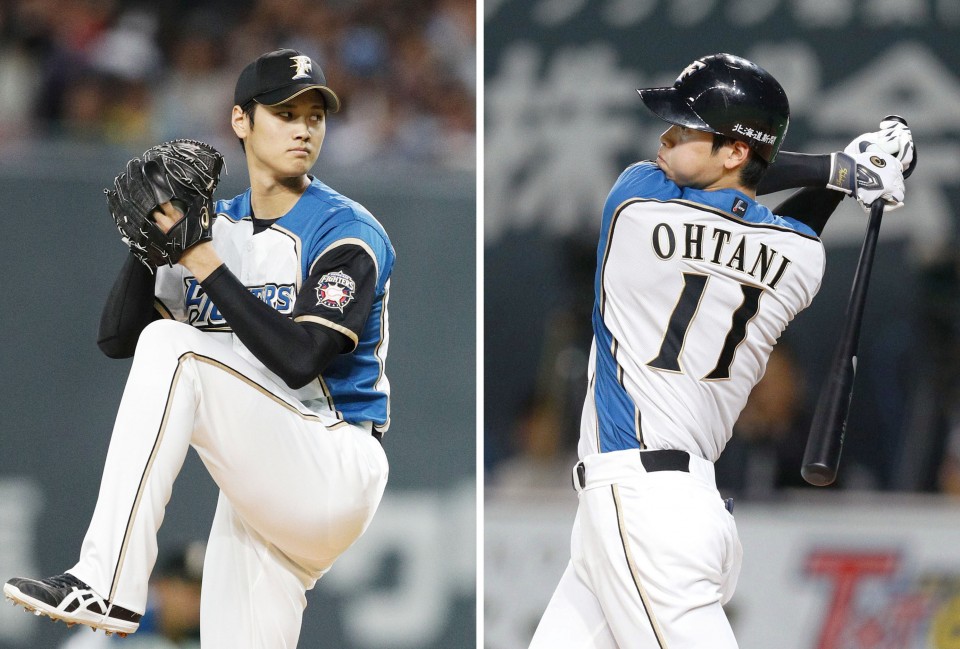 Since 2016, when Ohtani batted .322 with 22 home runs as his team's principle designated hitter, while going 10-4 in 21 games as the Fighters' ace, major league clubs have had to consider how he might continue to do both in the United States. The key, according to former Fighters manager Trey Hillman, would be comfort and a high level of communication and trust between team and player.

At Saturday's press conference introducing Ohtani, Eppler echoed Hillman's thought, saying the Angels want Ohtani to take ownership of a plan to be worked out for his playing and development.

That process began after Saturday's press conference when they exchanged notes about offseason training practices, with Eppler saying Ohtani, who has successfully trained to both pitch and hit the past five years, would have the final say in his program.

"He's the most important participant in the plan," Eppler said. When he gets into the bullpen (in the spring), it might be a little slow (paced compared with Japan), but I need to find out what he wants."

"There was connectivity between us in our meetings and a commitment for us to continue his development. And we'll give him every resource that we have, like we do with all of our players. It's not going to be anything that's outside the norm for us."

Because Ohtani is so young and will be seeing major league pitching and throwing off major league mounds for the first time, expectations need to be tempered, a former major league scout said Monday.

"A season in which Ohtani bats .230 with eight home runs and has an ERA over 4.00, should be considered a success," the scout said, citing figures similar to those Ohtani achieved as a rookie with Nippon Ham in 2013.

Asked what would constitute success for Ohtani in 2018 with the Angels, Eppler offered a criterion that might be hard to verify objectively.

"I'm going to judge success for him as us putting together an operation that's acceptable for him," Eppler said. "If that happens, then that's a success. We know he's not a finished product."