Radiation cleanup work began Monday in Futaba to make the town that co-hosts the crisis-hit Fukushima Daiichi nuclear power plant inhabitable again by around spring 2022 under a government-led reconstruction project.

Cleanup work has been carried out in areas contaminated with radioactive substances released from the nuclear plant in the aftermath of the March 2011 huge earthquake and tsunami, with the plant operator Tokyo Electric Power Company Holdings Inc. being responsible for the cost.

But the latest work in Futaba is the first of the government-led project to make areas designated as special reconstruction zones livable again. The government plans to carry out cleanup work and promote infrastructure development intensively at national expense in those areas.

About 96 percent of Futaba town is designated as a difficult-to-return zone and an evacuation advisory is still in place for the entire town, which along with Okuma town hosts the Fukushima Daiichi complex. 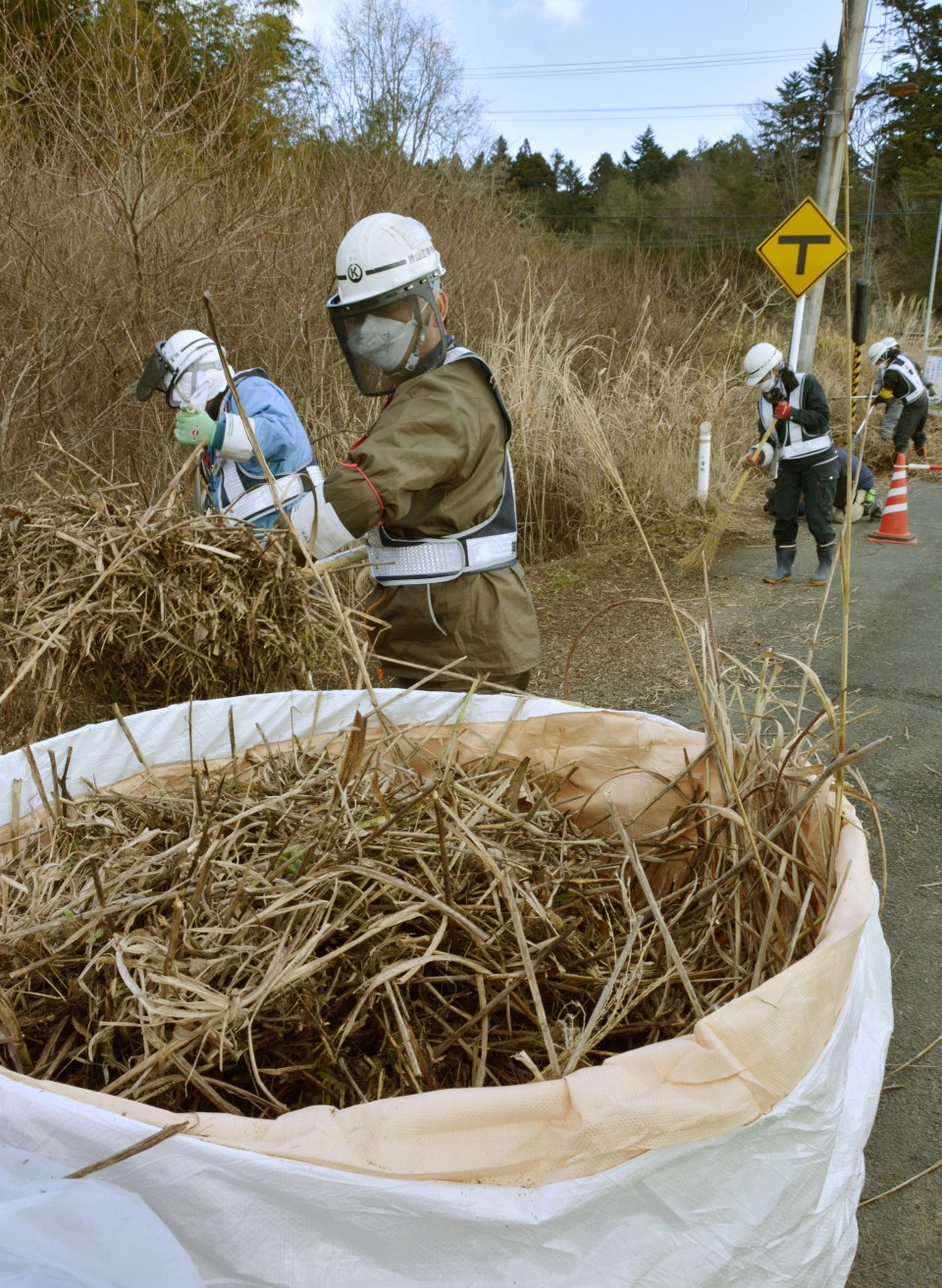 Around 555 hectares of land, accounting for 11 percent of Futaba, were selected as a special reconstruction zone, becoming subject to the government-led cleanup and demolition works.

"Feeling progress in procedures toward reconstruction through the construction would help stimulate the motivation of town people to return here," Futaba town mayor Shiro Izawa told officials involved in the cleanup project.

"We want you to carry out the work, while thinking about the feelings of the citizens who are waiting for the day when they can return," he said.

Under the supervision of the Environment Ministry, work began to remove the top layer of soil near JR Futaba station, cut grass along streets and dismantle nearly 60 houses and public facilities in the town.

To make Futaba inhabitable by around the spring of 2022, the government is aiming to lift an evacuation advisory near Futaba station by the end of March 2020, when the JR Jyoban Line plans to fully resume operation.

Some evacuees from Futaba showed mixed emotions about the start of the cleanup work.

A 69-year-old woman who lives in a temporary shelter in Fukushima's Iwaki city said her house is located within the special reconstruction zone in Futaba but she has given up hope of returning there as she was evacuated over six years and nine months ago.

"If this was two or three years after the disaster, I might have a choice to return. But my house (in Futaba) became run-down and I got old. Realistically speaking, I don't think I can live there now," she said.

On the other hand, Masamichi Matsumoto, who was also evacuated to Iwaki from Futaba, welcomed the start of the cleanup work, saying, "I'm glad that a step has been taken to rebuild the town for the future."

He said it is unlikely that many citizens will return to live in the town partly out of fear over the existence of a storage facility for contaminated soil collected during cleanup work.

"But I hope that Futaba will become a town where people can visit some day," Matsumoto, 54, added.