The government decided at a Cabinet meeting Tuesday to introduce the U.S.-developed land-based Aegis missile defense system to beef up Japan's defenses against the rapidly advancing North Korean nuclear and missile program.

The government plans to deploy two Aegis Ashore systems to cover Japan's entire territory, possibly to become operable by fiscal 2023. The purchase cost of each system could be at least 100 billion yen ($888 million), according to Defense Ministry officials. 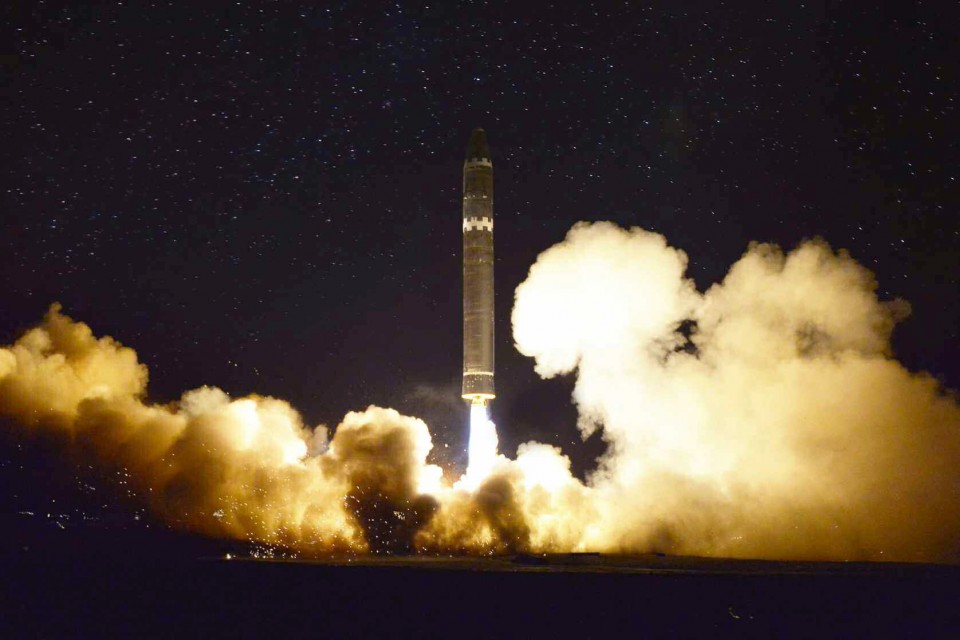 But the government decided to add a new layer of protection, believing that a system installed at a stationary site would reduce the workload of the Self-Defense Forces in preparing for missile intercepts, compared to the sea-based operations of Aegis destroyers.

Noting that North Korea's nuclear and missile development poses a "new level of threat" to Japan's security, the government said in a document endorsed by the Cabinet on Tuesday, "We need to fundamentally improve our ballistic missile defense abilities to protect our country at all times and in a sustainable manner."

Aegis Ashore is a land-based version of the Aegis combat system developed for warships, a collection of radars, computers and missiles. The Defense Ministry also studied another U.S. anti-missile system, the Terminal High Altitude Area Defense, but chose Aegis Ashore due to its cost-effectiveness and other factors, officials said.

To expedite the introduction of Aegis Ashore, the ministry plans to earmark 2.8 billion yen for information-gathering activities in the supplementary budget for the current fiscal year ending March. It is also seeking 730 million yen in next fiscal year's budget to cover design costs and research fees.

"We cannot say what the final costs will be, but we will move ahead (to introduce Aegis Ashore) on the fastest possible schedule, given public calls that the government should deal as swiftly as possible and urgently with the ballistic missile defense issue," Defense Minister Itsunori Onodera said at a press conference.

In the ministry's initial budgetary request for fiscal 2018 made in August, which came to a record-high 5.26 trillion yen, the ministry said it was seeking funds to introduce a new missile shield system, while leaving the actual sum unspecified.

As the acquisition plan was not stated in the latest national defense policy guidelines drawn up in late 2013, the government decided to seek Cabinet approval for the decision, according to the officials.

The Aegis Ashore will be mainly operated by the Ground Self-Defense Force. It will be equipped with newly developed SM-3 Block 2A interceptors with enhanced defensive coverage and accuracy compared with the SM-3.

The government plans to start selecting areas for the facilities, but the deployment could trigger concern among residents living nearby, as the system's radars emit strong radio waves.

Sources close to the matter said the government is considering Akita and Yamaguchi prefectures as candidate sites to set up Aegis Ashore facilities.

Japan has been feeling an increasing need to reinforce its missile shields, with North Korea test-firing missiles at an unprecedented frequency last year and improving its ability to conduct surprise attacks through the use of mobile launchers.

"We believe this new system will significantly boost our abilities to deal with surprise attacks and saturation attacks," a ministry official said.