As decision day nears for slugging ace pitcher Shohei Ohtani, the question on many people's minds seems to be, "What does this guy want?"

Everyone knows about the hitting and pitching part. Only two players in history have won 10 games and hit 10 home runs in the same season in a top-flight pro league.

This weekend, after requesting and receiving detailed proposals from most of the 30 Major League Baseball teams, Ohtani's representatives dismissed all but seven of them. This -- and New York Yankees general manager Brian Cashman's assertion that his team was rejected for being a big-market club and on the east coast -- has fueled intense speculation about what Ohtani is really looking for.

Of course, the only one who can answer that question is Ohtani, who is now in the United States interviewing teams to find the best fit for him.

So what do we know, and what can we reasonably guess at?

He wants to train in Arizona. 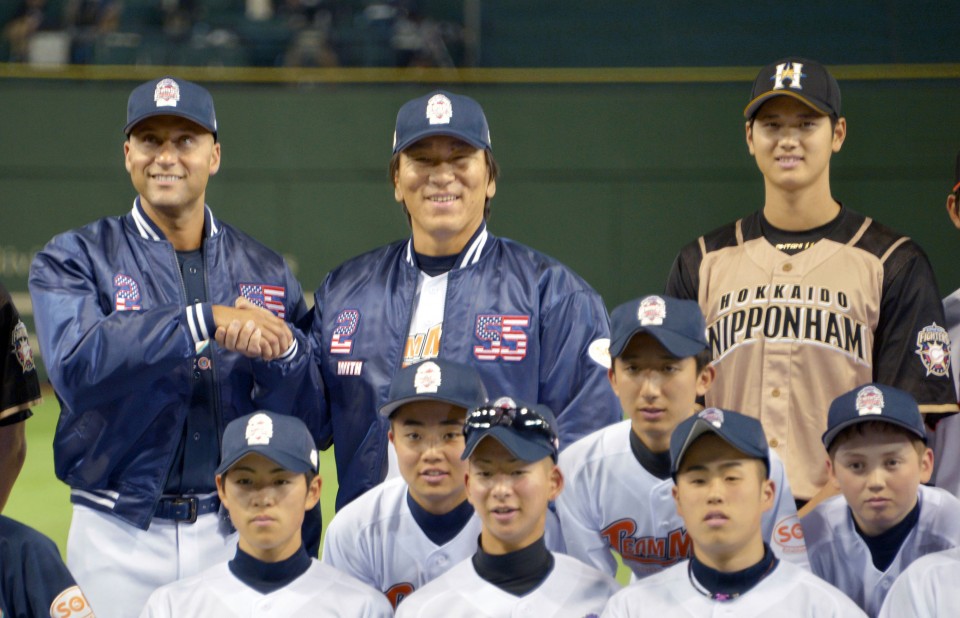 Five of the seven teams he has chosen to meet with, the Seattle Mariners, San Francisco Giants, Los Angeles Dodgers, Anaheim Angels and San Diego Padres play on the West Coast and train in Arizona. The two others, the Chicago Cubs and Texas Rangers, also train in Arizona.

Ohtani has spent the first 10 days of February the past two years in the Phoenix area, where the Nippon Ham Fighters held the first phase of their spring training at the Padres' spring training complex in Peoria.

When the Fighters played a practice game against South Korea's KT Wiz on Feb. 8, Ohtani did his rehab work that day at the Cubs' spring camp site and was impressed by the new facility's size and training equipment.

So while he's undertaking a huge challenge, he has asked teams about how easily it will be for him to assimilate to life in America with their teams. Having spring training in Arizona would certainly help that.

"With the Fighters, he had a lot of structure," a major league scout told Kyodo News on Tuesday. "He could be looking for that, for a team with a solid plan."

Although Ohtani is mature and intelligent, he has also led a fairly sheltered life as a pro ball player, living at the team's training facilities in Sapporo and rarely venturing out.

That could mean he's looking for the most comfortable, predictable environment in which to chase baseball history as a two-way, slugging pitcher, or it might not. If so, the Padres, with a trio of former Japanese major leaguers and Ohtani's former strength coach on their payroll might be an attractive option.

Although he is a humble person and doesn't seem to take his own status too seriously -- in this respect very reminiscent of Hideki Matsui -- he has also received unique treatment during his time with the Fighters.

Nippon Ham manager Hideki Kuriyama gambled Ohtani could develop into a two-way star, and spent a lot of energy monitoring his fitness. Kuriyama said he promised Ohtani a "shortcut to the majors," and that commitment seemed very important to him. Given the degree to which the Fighters facilitated Ohtani's growth as both a pitcher and hitter, that kind of commitment probably means something to him as well.

Although Ohtani said at his last press conference in Japan on Nov. 11 that he is confident in his ability to adapt to the majors, he also indicated he doesn't think he's a finished product as either a hitter or a pitcher, but that's his goal.

Part of that is natural humility. But Ohtani has spoken with Japanese major leaguers and seems to have a solid understanding that he is trying to bridge a huge gap. MLB presents a different challenge for hitters and the travel schedule is vastly more arduous than in Japan.

"He's going to want a team that's going to give him an opportunity, a period of time to prove he can or can't do it, and make a commitment to that (time frame)," the scout said. "The Fighters gave him that. They stuck with him."

And to those in the American media who a year ago predicted Ohtani would never move to the States this winter because of the financial cost, the scout said, "The one thing I do know is that it's not about money."