A 3-meter-tall countdown clock for the 2020 Tokyo Olympics was unveiled Thursday in the Japanese capital's Ginza district.

"I am very proud to announce and show you our first countdown to the (Tokyo) Olympics," Christophe Savioz, president of Swatch Group (Japan) KK involved in the installment of the clock in the posh shopping district, said at a press preview.

"I really have the feeling that the heart of Japan, the heart of Tokyo, is beating (to) the rhythm of the Olympics," Savioz said at the event held with 981 days remaining until the opening ceremony of the games.

The 1.2-ton device also bears the logo of Omega, the official timekeeper of the sport extravaganza since 1932. 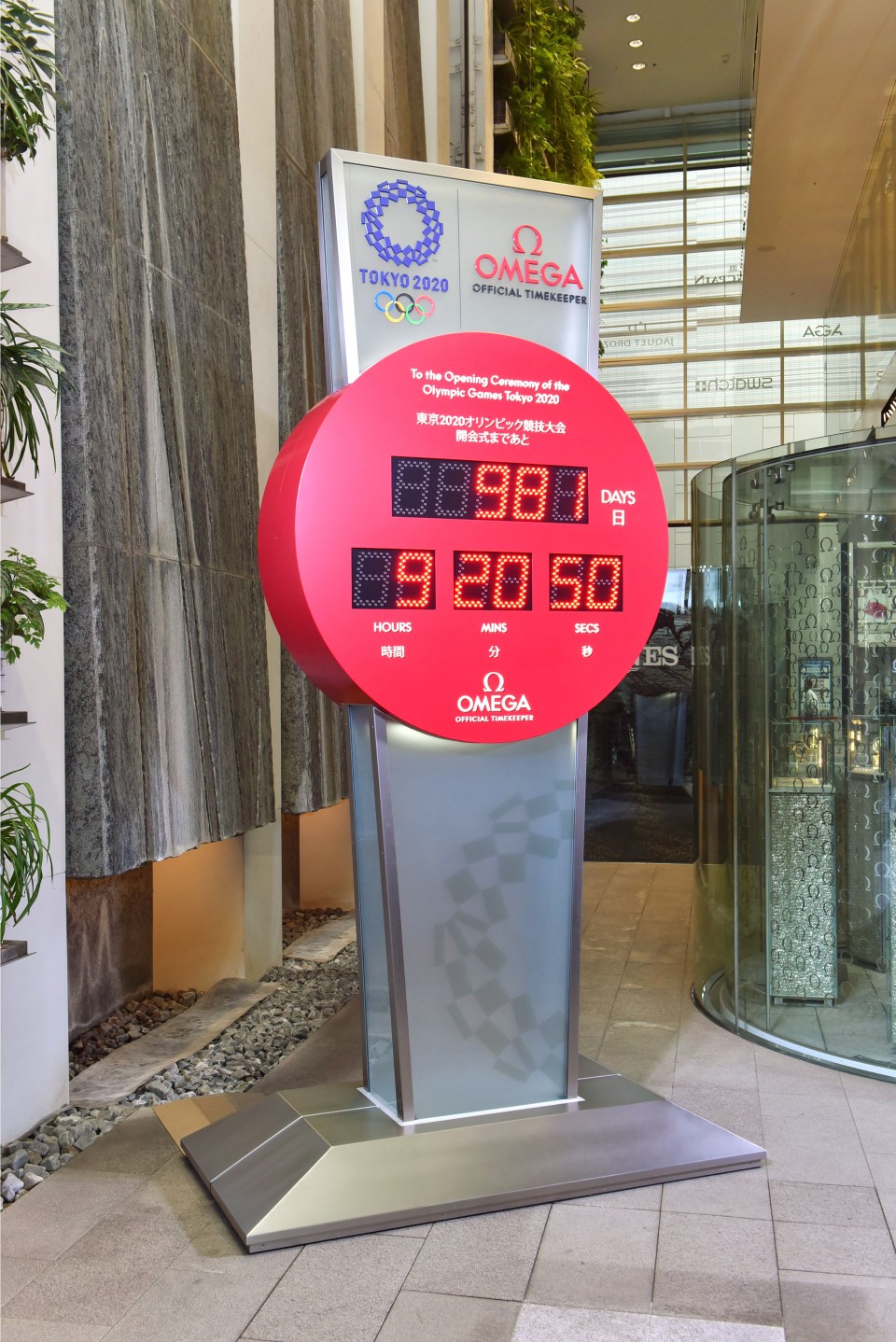