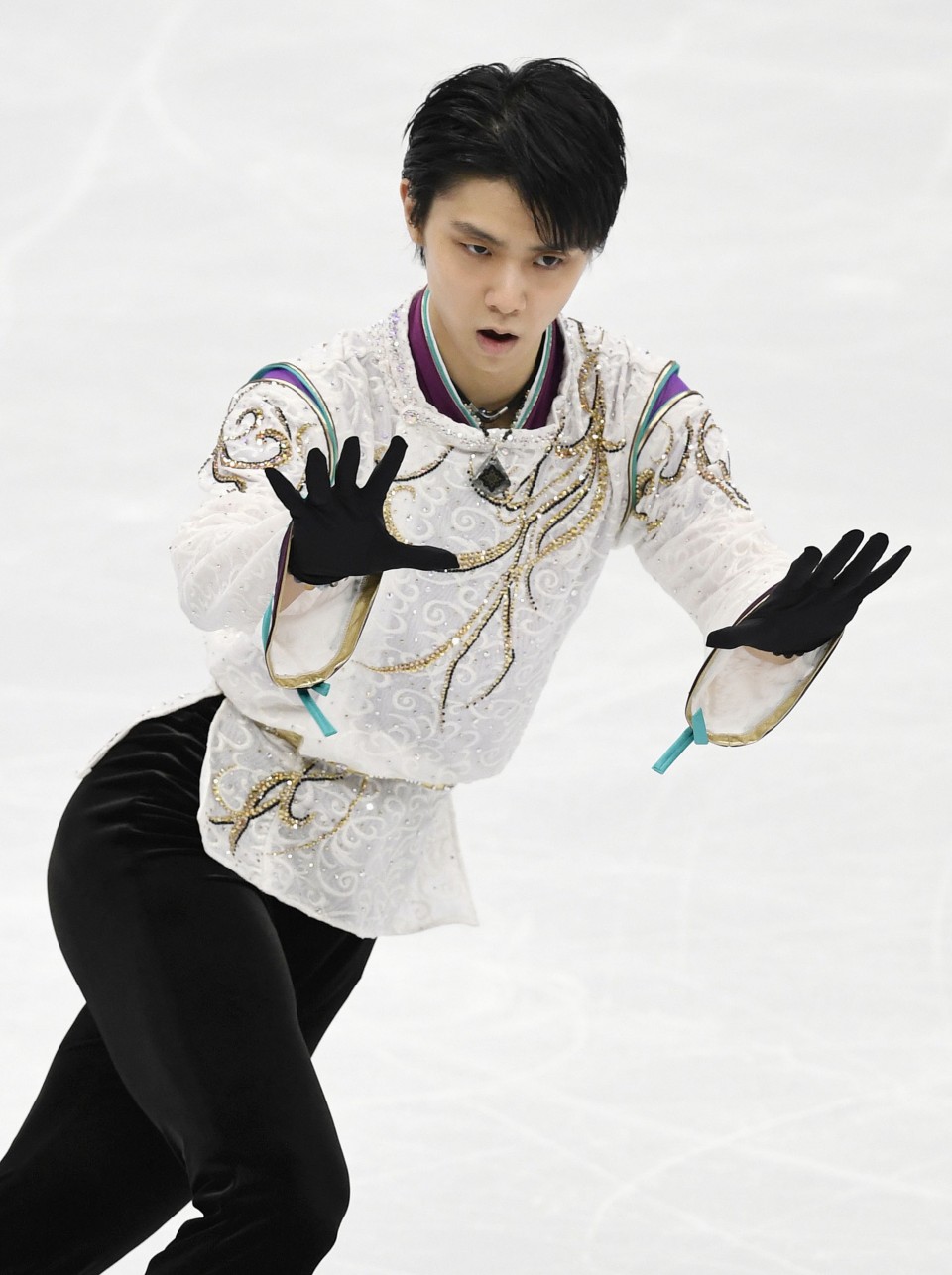 The 22-year-old Hanyu withdrew from this weekend's Grand Prix series event, the NHK Trophy, after falling in practice on Wednesday and injuring the lateral collateral ligament of his right knee.

"I have been told by the doctor that I need 10 days of complete rest," Hanyu said through the Japan Skating Federation. "Following that, it will take three to four weeks to return to get back to where I was (physically)."

With the Olympics coming up in February, Hanyu now has to adjust his timetable to focus on qualifying through the national championships in Tokyo from Dec. 21 to 24.

"One way or another I'm going to put in the effort in therapy and rehab in order to get back in time," said Hanyu, who fell awkwardly while attempting to land a quadruple lutz jump in practice and felt pain in his ankle and knee.