Japan came within inches of a historic win over France on Saturday night as they drew 23-23 with Les Bleus at the brand new U Arena.

A try by replacement prop Asaeli Ai Valu eight minutes from time gave Yu Tamura the chance to put the Brave Blossoms ahead. But the flyhalf's kick drifted wide, and despite a frantic finish Jamie Joseph's men were unable to record their first-ever win over the French.

"I am disappointed for the team, we deserved to win," said Joseph. "We haven't been that successful against Tier-1 sides since 2015 (when Japan beat South Africa at the World Cup), so this is a step in the right direction."

In a battle between the hosts of the next two Rugby World Cups, Japan dominated territory and possession for most of the game.

"We had our chances but couldn't execute," rued Brave Blossoms captain Michael Leitch. 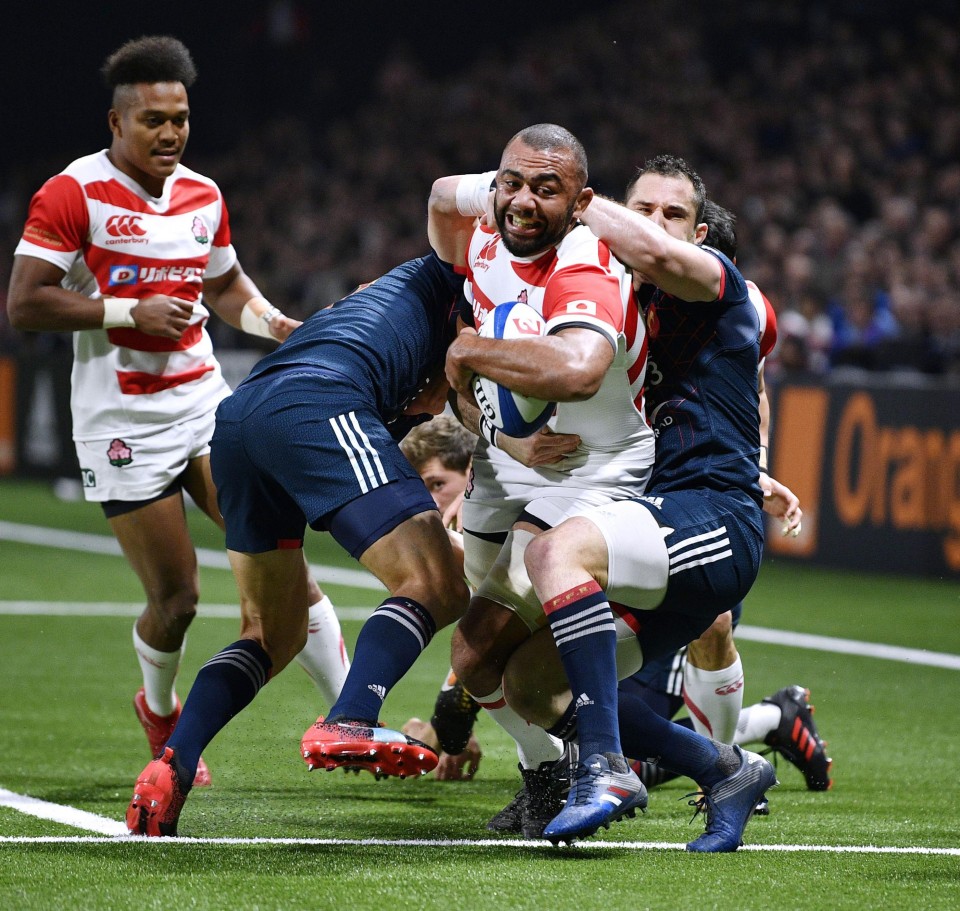 Played on artificial turf under a roof -- "Ideal for the type of rugby we wanted to play," said Joseph -- Japan's supremacy was reflected in the attacking stats.

The Brave Blossoms ran for 496 meters against 330 for the hosts, and made eight clean breaks against five for the French.

As in last week's win over Tonga, the back row of Amanaki Lelei Mafi, Kazuki Himeni and Leitch were immense, while the quick service of scrumhalf Yutaka Nagare meant the men in red and white were always on the front foot.

Their defense also held firm, the two tries they conceded both coming when France kicked for the corner following debatable high tackles.

"It is not the result we wanted," said France fullback Scott Spedding. "We played a very good Japan side and they deserve a lot of credit."

The Brave Blossoms opened the scoring in the fourth minute with a penalty from Yu Tamura only for Francois Trinh-Duc to bring the sides level with a kick of his own nine minutes later.

Quick hands from Tamura then saw Shota Horie go over in the corner in the 22nd minute following good work from the forwards and backs as Japan were finally rewarded for their efforts.

A superb cover tackle from Harumichi Tatekawa on Gabriel Lacroix epitomized the defensive effort, though it was the hosts who eventually went into the break 13-8 up as Trinh-Duc kicked a second penalty and then added the extras to a try by Rabah Slimani just before the break.

The second half started in sensational style with Timothy Lafaele going over for a "no whistle" try as the Brave Blossoms recycled the ball at will to create space out wide for their center.

Tamura's conversion made it 15-13 and the Brave Blossoms almost increased their lead a few minutes later following a good break from Mafi.

France hit back with Lacroix going over thanks to an inch perfect kick pass from Trinh-Duc, who added the extras to make it 20-15, before the French flyhalf and Tamura again exchanged penalties.

Valu's try, from a ruck close to the line, brought the sides level. But Tamura, who has been outstanding the last two weeks, pulled the relatively easy kick to the left to ensure the spoils were shared.

"The mindset of the Japanese players has changed," said Leitch. "We are playing with a lot more confidence. Today's performance showed what we can do and we are only going to get better." 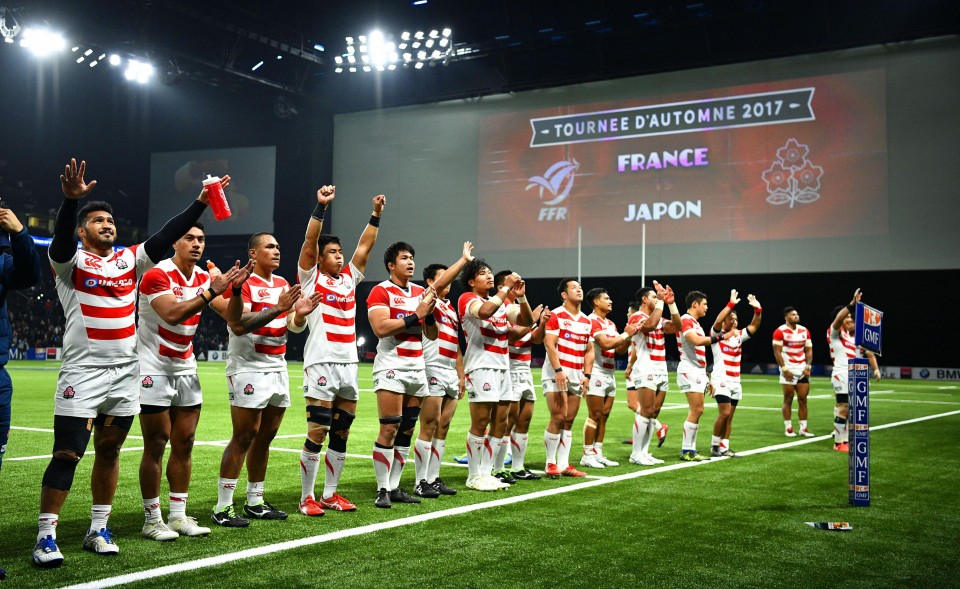