Three U.S. nuclear-powered aircraft carriers are scheduled to engage in a four-day strike force exercise from Saturday, the U.S. 7th Fleet said Thursday, in a show of force amid North Korea's growing nuclear and missile threats.

The exercise will take place in the Sea of Japan, a U.S. Navy official said, at a time President Donald Trump is on an Asian tour and is presenting a united front with regional leaders.

Preparations are under way to have ships and aircraft of the Japan Self-Defense Forces join the exercise, a Japanese government source said.

The three U.S. carriers engaging in the exercise are the Ronald Reagan, the Nimitz and the Theodore Roosevelt, with their planned operations including air defense drills, sea surveillance and replenishment at sea, the U.S. 7th Fleet said. 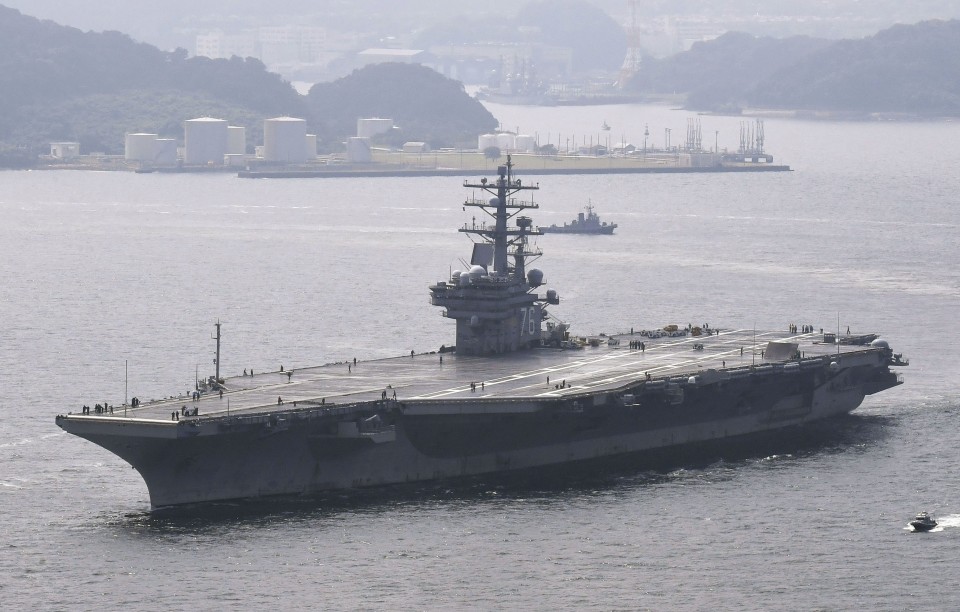 "Units assigned to the strike force will conduct coordinated operations in international waters in order to demonstrate the U.S. Navy's unique capability to operate multiple carrier strike groups as a coordinated strike force effort," it said in a statement.

Trump said in a speech at South Korea's parliament Wednesday, "Currently stationed in the vicinity of this peninsula are the three largest aircraft carriers in the world loaded to the maximum with magnificent F-35 and F-18 fighter jets."

"At the moment, there is no plan for the three countries' joint maritime exercise, but talks are under way (for the exercise)," Moon Sang Gyun said.