Relief pitcher Dennis Sarfate of the SoftBank Hawks on Thursday became just the second player to win the prestigious Matsutaro Shoriki Award in 16 years and the first foreign-registered player.

The award, sponsored by the Yomiuri Shimbun and named after the man who was the driving force behind Japan's first successful pro baseball league, has since 2001 been nearly an automatic award for the winning manager of the Japan Series.

"I am honored to win the Matsutaro Shoriki Award," Sarfate said in a post on his Twitter account. "To be the first foreigner is a blessing from God." 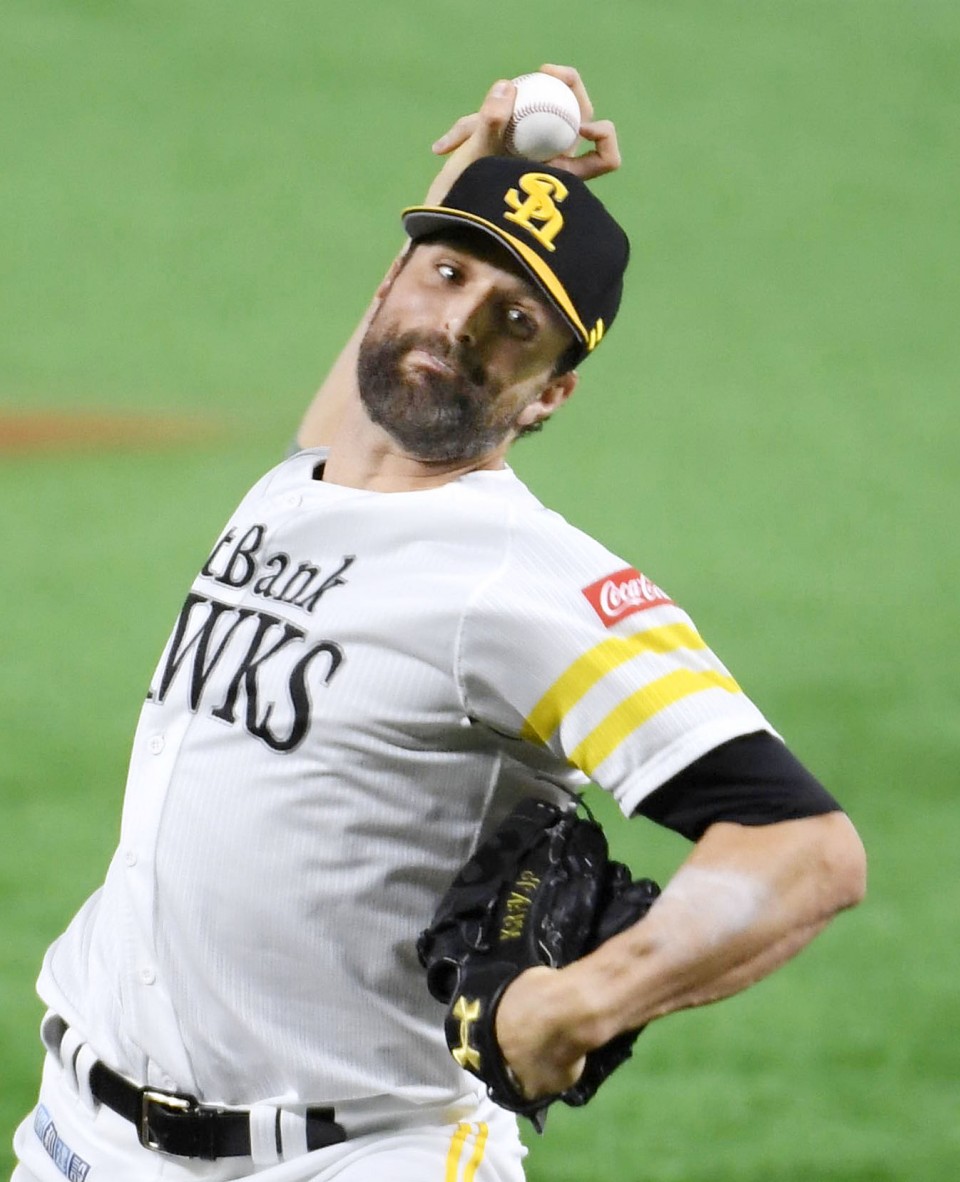 With a team whose 94 wins were the most in Nippon Professional Baseball in 61 years, Sarfate shattered the old record of 48 saves, saving 54 in a career-high 66 games for the Pacific League champs.

Sarfate saved two games in the recently completed series and was the winning pitcher after three innings of gutsy relief work in Game 6, when the Hawks finally clinched.

"He not only set a record," said Hall of Famer Sadaharu Oh, the chairman of the awards selection committee and the Hawks' chairman. "He had a strong impact in the Japan Series. Five years from now or in 10 years, we'll look back on this season and what will come to mind is his powerful pitching."

Until 2000, the Shoriki Award was often handed out to players, but that changed in 2001. That season one player stole the headlines all season in his pursuit of Oh's 37-year-old, single-season record of 55 home runs and eventually tied it. But the selectors passed over that player, the Pacific League's MVP, African American outfielder Tuffy Rhodes.

Instead, they handed the honor to Yakult Swallows manager Tsutomu Wakamatsu, whose team defeated Rhodes' Kintetsu Buffaloes in the Japan Series. And for 16 straight seasons, the award went to a manager, although Yomiuri Giants catcher Shinnosuke Abe was named co-winner in 2012 along with his manager.

Sarfate is the second relief pitcher to win the award, following the selection of Kazuhiro Sasaki in 1998.

Oh, whose father was from China, was the award's first recipient in 1977. Although he is now a citizen of Taiwan, he grew up and played his amateur ball in Japan and thus was never treated as a foreign player.