Mystic Kyoto: Target of curses shifting from love rivals to bosses at work

Since ancient times, people in Kyoto have always regarded unfortunate events and mishappenings like natural disasters or epidemics or defeat in political power games as something of a curse.

It is a well-known fact in Japan that Kyoto's Kitano Tenmangu Shrine was founded to temper the curse of Sugawara no Michizane (845-903), the scholar-politician who fell out of favor with the emperor and died in exile. The nobles back then treasured yin-yang practitioners who used "jujutsu," or the art of cursing. 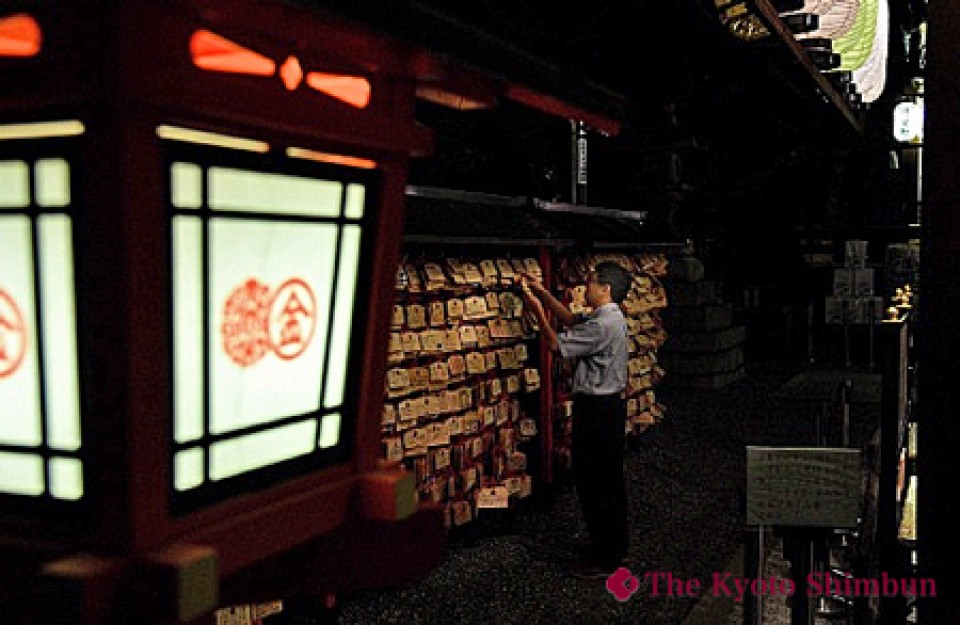 In taking a look at cursing's place in modern Kyoto, a quick search online finds numerous advertisements offering to put a curse on someone, like Nippon Jujutsu (Japan Cursing Association) headquartered in Kyoto's Shimogyo ward.

"We visit shrines and temples on the hour of the ox (at dead of night) and nail a straw doll," said a 46-year-old male practitioner with Nippon Jujutsu.

"Around 20 years ago, most of the requests came from women who wanted to get back at their husbands' lovers. But now, they're more and more becoming men who hate their boss," the man says.

Junichiro Kisaragi, the 63-year-old head of the association, said in most cases, he and the members try to convince clients to wish for their own good fortune, rather than pray for bad things to happen to others.

"We only curse someone when that person is clearly at fault," Kisaragi says.

Sometimes, Kisaragi's association receives requests from politicians wanting their competitors to lose in an election, but they no longer oblige. Instead of straw dolls to nail, they use daruma dolls to bring good luck.

By many in the cursing business, Kifune Shrine in the Sakyo district is regarded as a mecca of sorts.

Kifune enshrines a god of love and is known for Izumi Shikibu, a famous poet of the Heian era (794-1185) who lyricized about the change of heart of her lover as she won his heart back.

Why then, has the shrine come to be known for faith of the polar opposite?

In the tale of "Uji no Hashi Hime" (Princess Hashi of Uji), which is included in "Heike Monogatari" (stories of the Taira clan), Princess Hashi sought to curse her husband at Kifune Shrine and became a demon. The tale was eventually adapted into the popular Noh play "Kanawa."

Such a story combined with the shrine's custom of accepting nighttime visits have contributed to its reputation, according to Takai. To this day several times a year, people still pin straw dolls to the sacred tree at Kifune.

"A fictional tale first told hundreds of years ago won't go away," Takai said. "If you curse someone, it will come back to haunt you."

Yasui Konpiragu in Higashiyama of Kyoto draws visitors from all over the country seeking to break off bad relationships and starting new, good ones. Some of the wooden pictorial plaques -- or ema -- at the shrine carry messages so horrendous that they're beyond print.

"We remove ones that are too hideous," says Hajime Torii, Yasui Konpiragu's 58-year-old chief priest. "We recommend people stay away from any form of negativity that may interfere with their happiness."