8 dead after NYC truck attack in "act of terror"

A truck driver mowed down pedestrians and cyclists Tuesday in lower Manhattan, killing at least eight people and injuring many others in what New York City Mayor Bill de Blasio has called a "cowardly act of terror."

Police said they took a 29-year-old male suspect into custody after he "exited the vehicle displaying imitation firearms and was shot" in the abdomen by a police officer. A paintball gun and pellet gun were recovered at the site near the National September 11 Memorial Museum, authorities added.

ABC News reported that the suspect has been identified as Sayfullo Saipov of Tampa, Florida. NBC News said Saipov is an Uzbek national who came to the United States in 2010.

President Donald Trump called the suspect a "sick and deranged person" and offered his condolences to those affected by the attack.

"In NYC, looks like another attack by a very sick and deranged person," he said in a Twitter post. "Law enforcement is following this closely. NOT IN THE U.S.A.!" 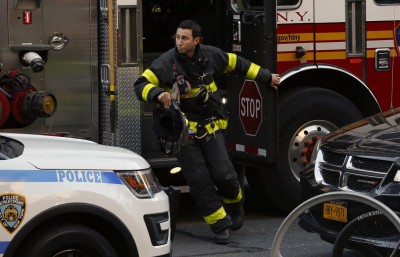 The president later posted another tweet to offer his "thoughts, condolences and prayers to the victims and families" affected by the attack, saying, "God and your country are with you!"

Police Commissioner James O'Neill said that the truck collided with a school bus as the suspect steered off the bike path at Chambers Street in lower Manhattan, injuring two adults and two children who were on the bus.

The city's fire chief said six people, all male, were pronounced dead at the scene while two others were transported in traumatic arrest and pronounced dead at a hospital. He said 11 people have so far been taken to hospital with injuries considered serious but non-life-threatening.

"At this point, there is no evidence to suggest a wider plot or a wider scheme," Governor Andrew Cuomo said at the news conference, adding that all indications pointed to the incident being "the actions of one individual who meant to cause pain and harm and probably death, and the resulting terror."

Stuyvesant High School, located near the scene of the incident, was on temporary lockdown in the immediate aftermath. De Blasio urged New Yorkers to be vigilant but to go about their normal business, noting there will be additional police presence throughout the city.

Despite the attack, the city's annual Halloween parade took place in the West Village, which is near the crime scene. The event has drawn nearly 2 million people in years past. 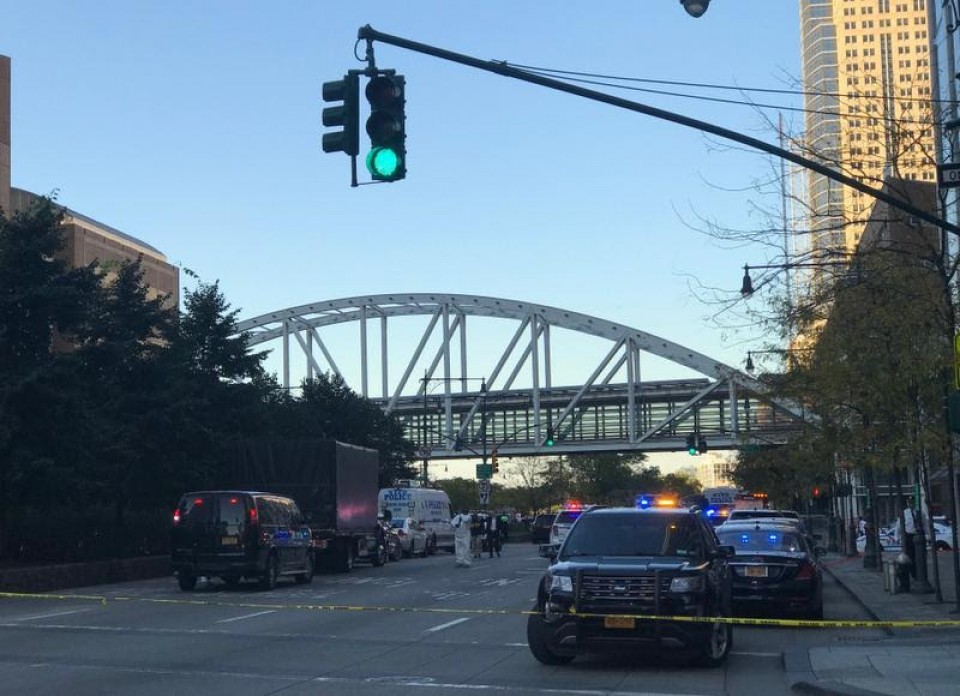