Flocks of "Pokemon Go" fans descended on the enormous Tottori Sand Dunes in western Japan on Nov. 24 as a three-day event for the popular smartphone game app kicked off, with promises of rare characters being out and about for players to capture.

Making good on its designation last year of the sand dunes as a "liberated zone" for Pokemon Go, the Tottori prefectural government is hosting the event in hopes of having the game's fans visit the area and experiencing the vast nature at the famous scenic spot. 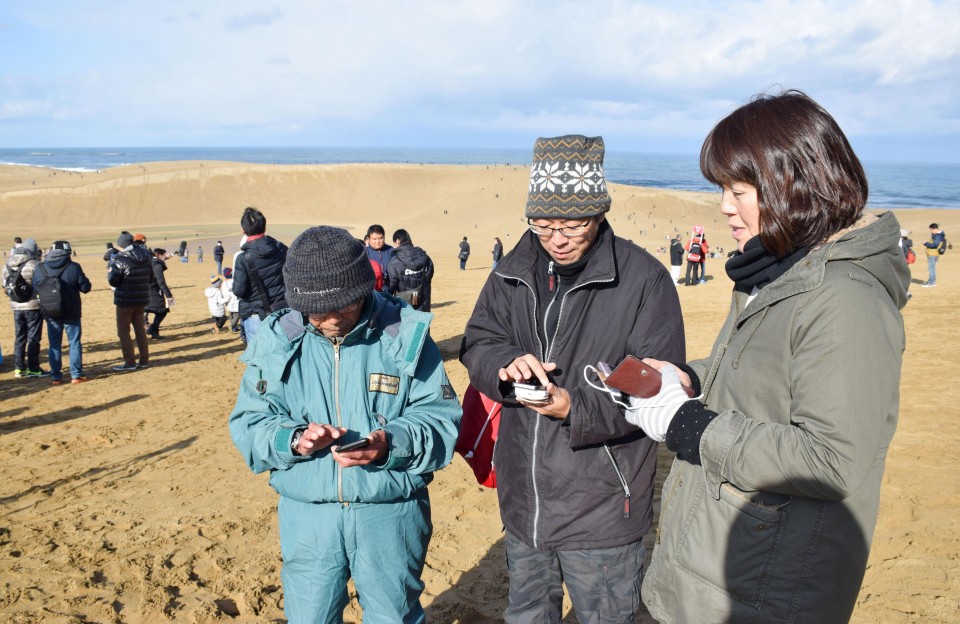 Rare Pokemon, such as Mr. Mime and Unown, will appear at the sand dunes for players to hunt down, the organizers said.

Since the popular mobile app sparked a frenzy across Japan and the world last year, Tottori -- the least populated among Japan's 47 prefectures -- has been keen on capitalizing on the augmented-reality game as a way to rejuvenate the local economy. It touts the sand dunes as a safe place to enjoy the game, compared with crowded cities.

The prefectural government even offers free Wi-Fi internet connection in certain areas in and near the sand dunes. 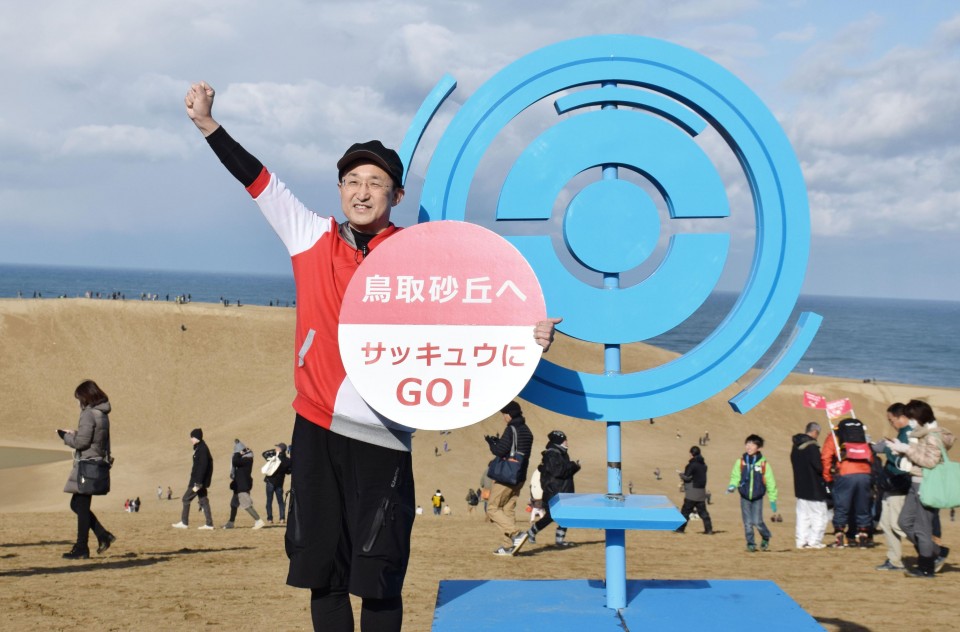 One year after release, Pokemon Go is fitness tool for older people

Driver gets 30 months over traffic death while playing Pokemon Go