4 killed in helicopter crash in village northwest of Tokyo

A helicopter crashed in a village northwest of Tokyo on Wednesday afternoon, killing four employees of the helicopter service company who were aboard, local authorities said.

The helicopter crashed and burst into flames near a bridge around 2:30 p.m. in the Gunma Prefecture village of Ueno, which also encompasses the mountainous site of a Japan Airlines jumbo jet disaster in 1985.

The accident caused a power failure in the village as electricity lines were damaged, affecting about 600 households, according to Tokyo Electric Power Company Holdings Inc. Electricity was restored to the area at around 4:20 p.m. 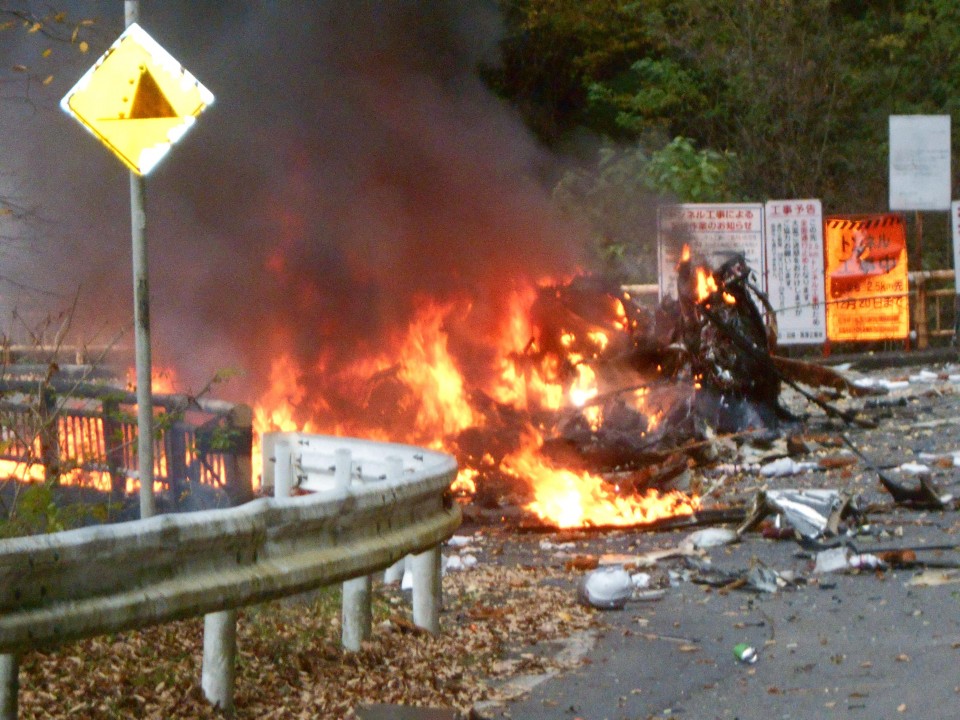 The chopper was on its way to Tochigi Prefecture after leaving Yamanashi Prefecture shortly after 2 p.m. It had transported heavy machinery and prefabricated building sections from a hydropower plant in Hayakawa, Yamanashi, to a nearby construction site, according to Toho Air Service and TEPCO.

The passenger and cargo transportation helicopter, with seating for two pilots and 21 passengers, initially took off from Matsumoto airport in Nagano Prefecture at 8:31 a.m. and engaged in transportation work in Nagano and Yamanashi prefectures, central Japan, Toho Air Service said.

The Tokyo-based air service company said the last radio contact with the helicopter was made around 2:03 p.m. to confirm its departure from Hayakawa. No abnormalities were discovered during a regular check of the helicopter conducted around May, the company said. 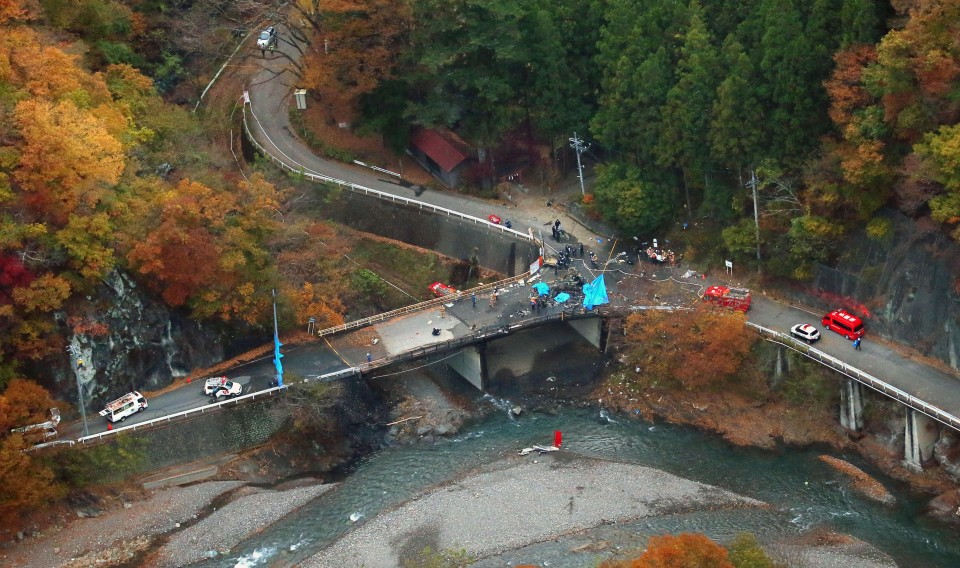 Kitagawa, a veteran pilot, belonged to the company's Yao office in Osaka Prefecture, while the three mechanics belonged to the Tokyo head office, according to Toho Air Service.

In October 2011, a Toho Air Service helicopter transporting cargo crashed and burned in a village in Kanagawa Prefecture. A pilot was killed in that accident.

The helicopter involved in Wednesday's incident was an AS332L chopper manufactured by Airbus Group company Airbus Helicopters Inc., according to the Ministry of Land, Infrastructure, Transport and Tourism.

The ministry's safety board will dispatch investigators to the site to determine the cause of the accident.

Local police said they received an emergency call from a witness as the helicopter went down about 700 meters west of the central village office.

Firefighters said another eyewitness told them that the chopper was flying west to east but made a U-turn, and after it lost altitude an object that appeared to be a piece of equipment fell from its rear.