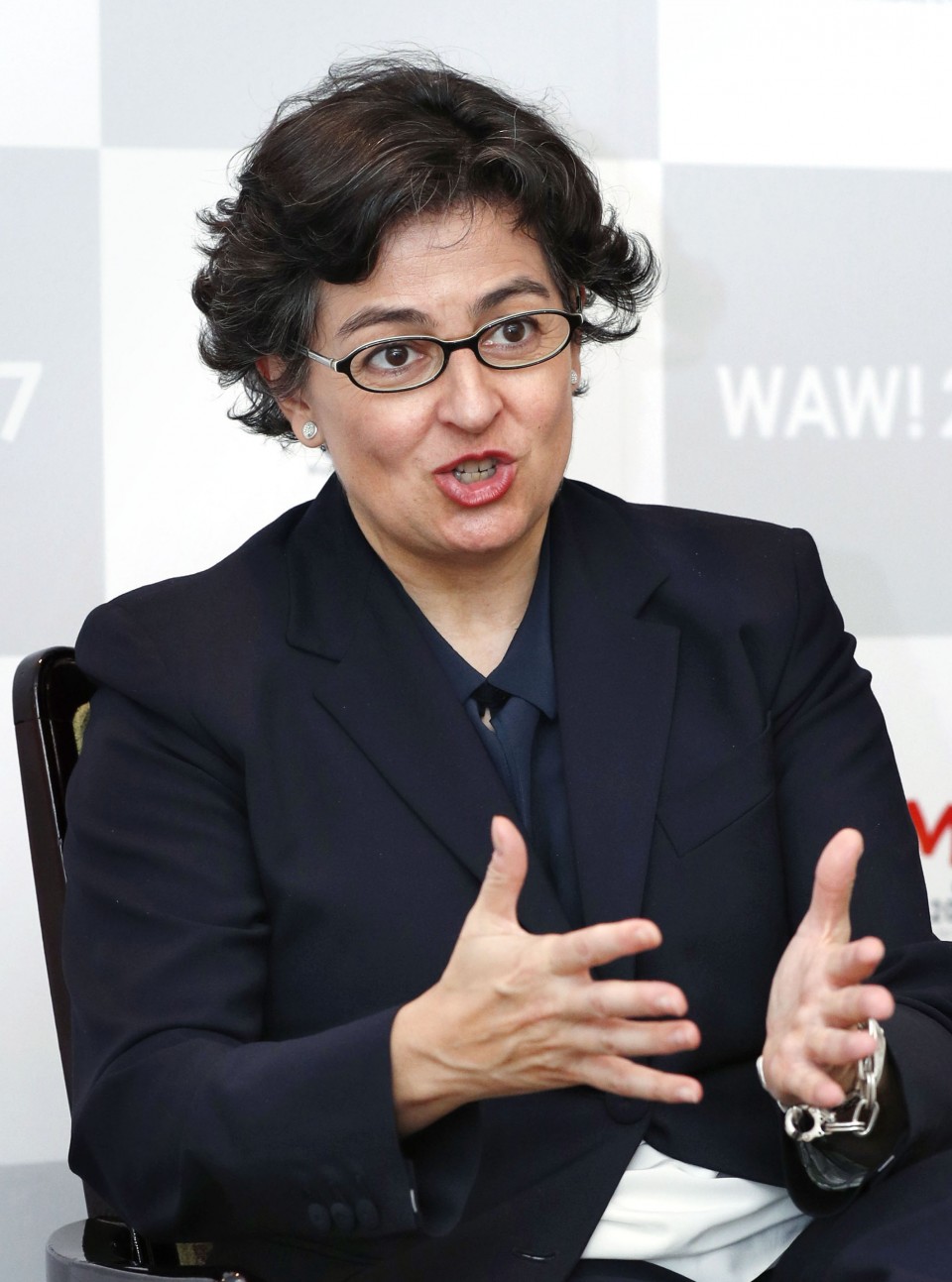 As Japan has yet to fully use the potential of women to boost its economic growth, raising awareness of "unconscious gender bias" is gaining importance, according to the head of an international trade body.

Arancha Gonzalez, executive director of the International Trade Center, said Japan's business culture that cherishes long work hours poses a challenge to women who have "unpaid" work -- taking care of family members such as children and parents -- under their "disproportionate" household responsibilities.

"Japan has huge potential in women, potential especially in the area of the economy that Japan is not using fully," Gonzalez said in a recent interview with Kyodo News. The ITC, the joint agency of the World Trade Organization and the United Nations, seeks to promote international trade and advance the role of female entrepreneurs.

Gonzalez stressed the importance of waking up to the fact that people, even if they think they are gender-friendly, often have gender bias without knowing it.

"You only have a problem when you admit you have a problem. So I would say one way is to look closely at this unconscious gender bias that we all have within ourselves," said Gonzalez, who called for a greater effort by Japanese companies at discovering it.

Since his return to power in 2012, Prime Minister Shinzo Abe has been pressing for more participation by women in society. While companies are scrambling to secure workers amid a labor shortage, female labor participation, particularly among those in their 30s and 40s, has been on the rise in Japan.

Gonzalez, visiting Tokyo to attend a gathering of the World Assembly for Women, believes that female empowerment only works when men and women join together and "rebalance the way power is distributed" between them.

"We often run the risk, when discussing women empowerment, to think that this is about women talking about women with other women, but this is not the point," she added.

The Geneva-based ITC promotes inclusive trade and encourages small and medium-sized firms, especially those in developing countries, to engage in international trade.

The rise of e-commerce is seen as leveling the playing field for women-owned companies, even as the digital divide between developed and developing countries needs to be bridged. The share of such firms doubles when a shift from traditional offline trade to cross-border e-commerce occurs, according to an ITC survey.

"E-commerce is a huge part of the solution to (the issue of) gender in trade," Gonzalez said.

"A big part of why it's part of the solution is because when you are online, you don't see from whom you are buying. So you don't have a bias. You don't have an unconscious bias."